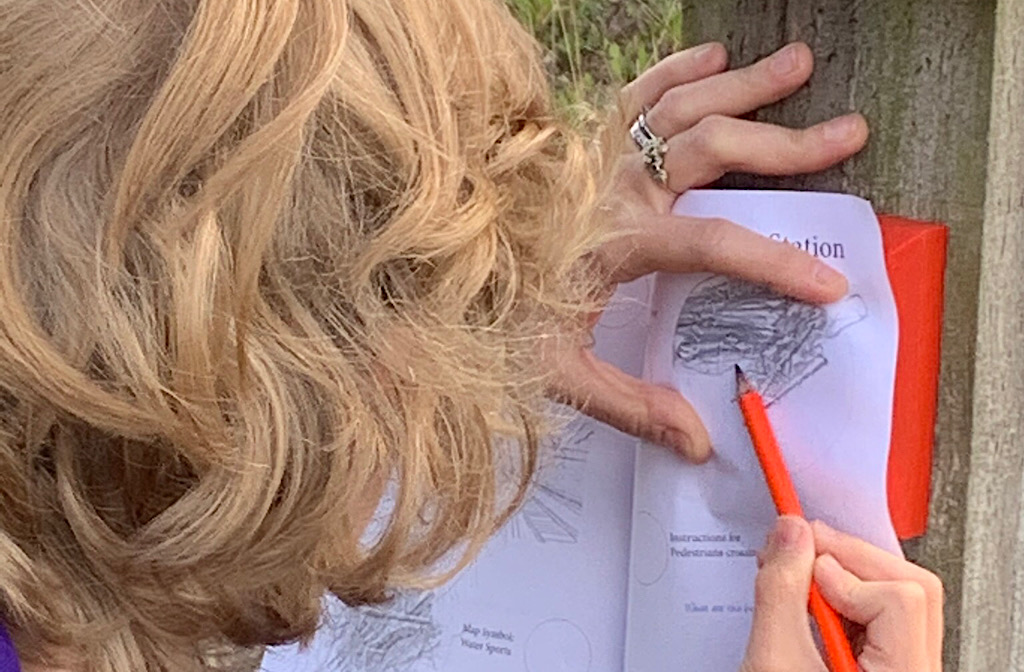 A half term activity along the Marston Vale railway line will put children’s spotting skills to the test, as they seek hidden disks along the network.

The activity will launch on Tuesday 27 October and is designed to encourage families to get outdoors and spend some time learning together on the Bedford to Bletchley railway line.

Children taking part will learn new skills including map reading, understanding train timetables and rail safety, all while having fun with their family.

Participants can start from whichever station they choose on the line, which runs from Bedford to Bletchley, and will be encouraged to travel to each station along the route to locate and collect an etching of the symbol.

Activity packs are available to collect from Bedford and Bletchley ticket offices, as well as Ridgmont Station Heritage Centre and families can take as many journeys as they like and as long as they like to complete the trail.

Alice Gadney, director of Mini Map-Makers, said, “The Symbol Spot has been a lovely project to create with London Northwestern Railway.

“Getting to learn about the place I have called home for eight years and understanding its heritage and local history has been amazing. Working with the Stephen and the Marston Vale CRP volunteers has been super – they all have an extensive wealth of knowledge.

“I’m so glad to be able to use my skills as a map maker and educator to communicate to families and their children the richness of the London Northwestern Railway community line in a fun and educational way.”

Stephen Sleight, partnership officer for Marston Vale Community Rail Partnership, said, “It’s fantastic to be able to launch our eagerly-awaited Symbol Spot project which has so much to offer for families along the LNR Marston Vale Line.

“It’s been a real pleasure to work with Alice, Mini Map-Makers and the LNR team – and I’m thrilled that the Marston Vale Line is the first in the country to have Symbol Spot along its route.”

You can find out more about the London Northwestern Railway Symbol Spot activity here.

This article was first published on the Bedford Independent