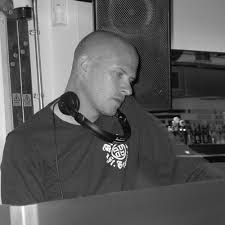 Back by public demand, Club Momacoca returns to Esquires for another good old 90’s inspired rave up, with special guest…Seb Fontaine!

DJ & super guy, Seb, has taken his music around the world from his Cream residency in the 90s to his Global Underground mix series, all while holding down a weekly show on Radio 1. “The guy is UK house royalty and we are honoured to have him come play at our original home Esquires,” said organiser, Mark Russell. “This ain’t no hype, the night will rock!

“Those of you that came last year when Brandon Block rocked the spot know what to expect …. Pure 90’s dance music all night long for those that remember!

“By buying a ticket, coming along with a smile on your face and dancing hard you’ll be supporting a charity very close to our hearts – Keech Hospice Care, located nearby in Luton.”

“Last year was insane! Summer was about the best summer I’ve had in years and did over 20 festivals. This year could be shaping up to be even better

“February 22nd is a special day for me as it’s my son’s birthday ….. he’ll be 22 this year so I doubt he’ll want to celebrate it with Dad so I’ll have to fly the flag on my own. Last time I was in Bedford for the river festival, it was a lot of fun so I’m really looking forward to it.

“Well…unfortunately I was at the helm when the generator ran out of diesel (we were all so excited about the event we forgot that we needed fuel) ….. it’s always the case though that you go through a little pain while everyone is moaning that the sound has gone but when it finally goes back on it’s almost twice as good.

“I’m not sure what I will play yet ..I never really know until I see the crowd but it’s going to be a great night. I love playing the odd classic to an older crowd, you see that atmosphere just ignite.

“I’m doing lots of studio bits for Reflekt at the moment and have been doing quite a few voiceovers recently so keeping pretty busy. See you on the 22nd!”

COMPETITION: To win a pair of tickets to Club Momacoca, just answer this simple question:

Email your answer to thebedfordclanger@gmail.com by Friday 14 Febraury.

Previous articleWIN! Bottomless Brunch for four at Pen & Cob
Next articleScience Labs is back – free hands on activities to celebrate British Science Week