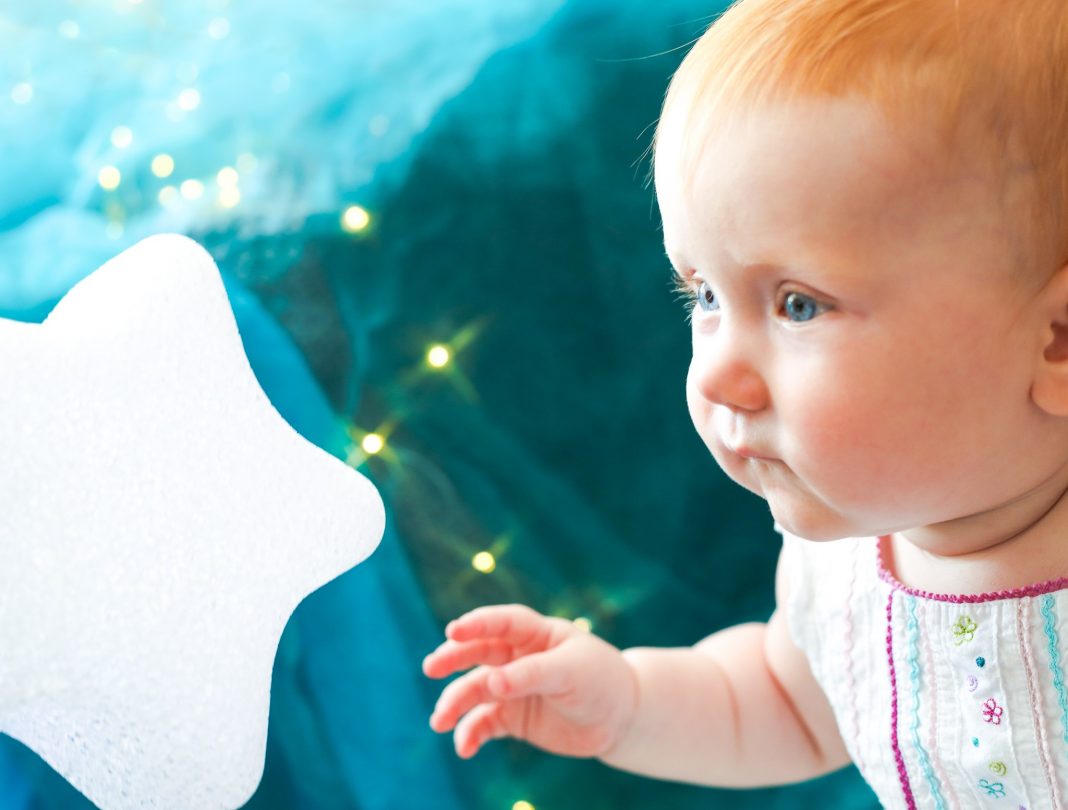 Here’s our pick of theatre in December and Janaury.  Whether’s it’s a festive frolic through to something more highbrow, Bedford’s theatres have it covered.

Inspired by the real-life experiences of families living in temporary accommodation, this darkly comic play lifts the lid on what it means not to have a home to call your own. It reveals the human truth behind the statistics of the housing crisis, using humour and storytelling to inform and raise awareness of social issues.

In conjunction with Bedford Homeless Partnership, part of Bedford Homelessness Awareness Week 2020, proceeds will go towards the Real Change Bedford Fund, helping rough sleepers to build lives away from the streets.

It’s that time of year again !  Swing’s the thing are back with another concert of seasonal swing music from the likes of Glenn Miller, Les Brown, Gordon Goodwin and more.  Katherine Mclean and Mel Peak will once again join with the band in what promises to be their best ever Christmas Concert.

Meet Little Star in a show for little ones, ages 6-18 months. Join her, as she swings from shooting stars, slides down crescent moons and bounces on fluffy clouds. Using puppetry, music and captivating visuals to delight a young audience. An intimate, relaxed setting makes this the perfect first theatre experience. 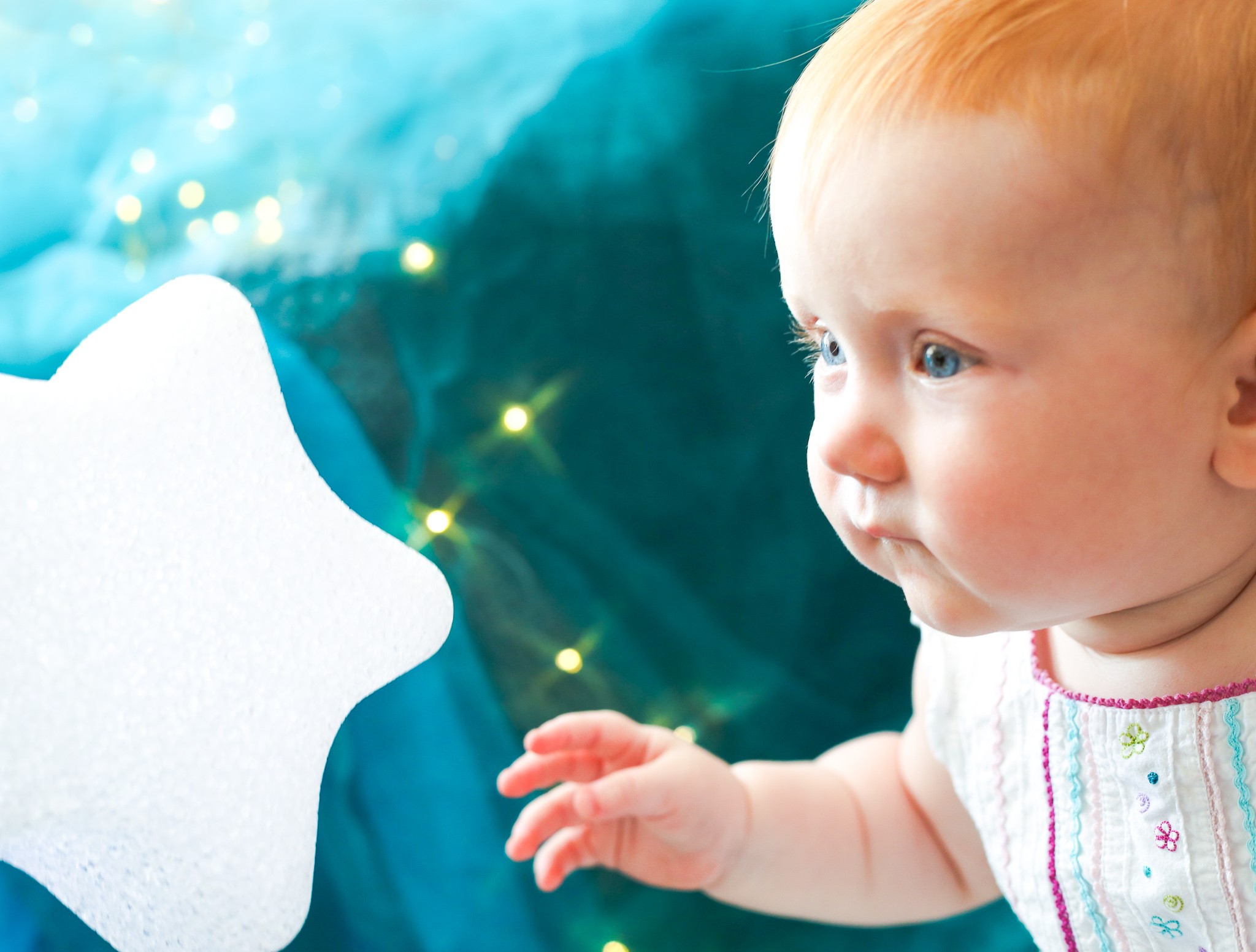 People of Bedford (and beyond)! You are cordially invited to Prince Charming’s Annual Ball 2019!

Unfortunately due to a typo it will have to be held at The Place, rather than The Palace… Nevertheless, please dress to impress (no rags, no Buttons allowed, sensible footwear advised) and note that illegally parked pumpkins will be towed. 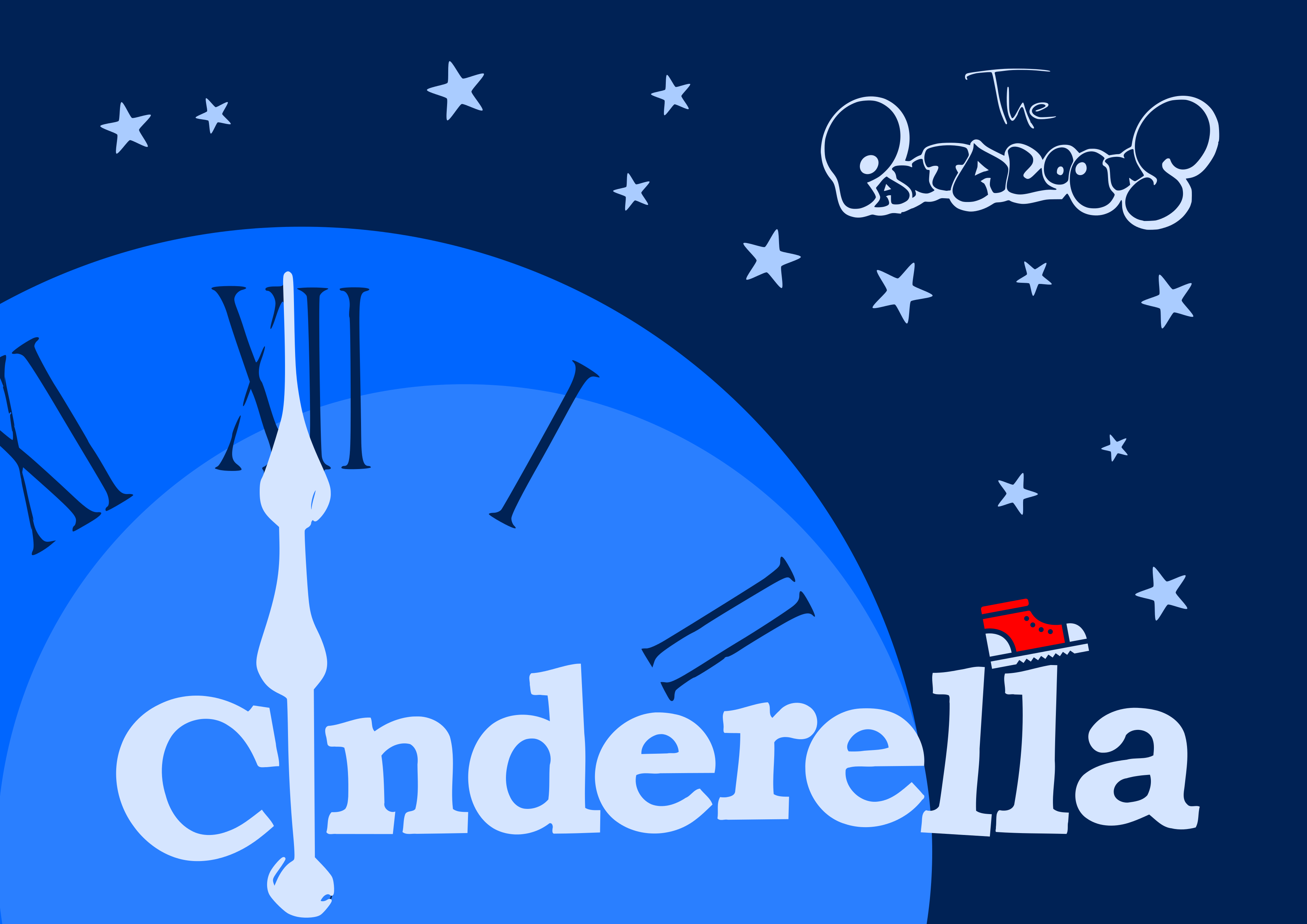 ‘Culture culture’ is a curated deep inquiry into the most urgent challenges faced by cultural and art collectives across European cities. Culture culture offers participants a local/global platform for conversation and access to useful information and support which tends to be unavailable or expensive.

Running monthly, one question per month will convene artists, activists, cultural workers to a local meetup in locations across Europe where they will engage in constructive conversation and draw points of action for mutual support and collaboration. The meetups are synchronized to address complementary issues across each location, so each event feeds into the wider conversation.   Topic for this conversation: Precarity, Change and Growth – strategies for protecting yourselves as artists, creatives & creators

Personal Call sees James Brent haunted by his dead wife when he receives a mysterious telephone call, seemingly from beyond the grave.

Yellow Iris marked Hercule Poirot’s debut appearance on radio, in which the famous detective is called to the hotel ‘Jardin des Cygnes‘ to solve an old case in which a cold-blooded killer escaped justice and slipped through his fingers.

Butter in a Lordly Dish sees eminent prosecution barrister Sir Luke Enderby get his comeuppance in one of Christie’s most gruesomeand horrifying murders.

Set amidst the razzle-dazzle decadence of the 1920s, Chicago is the story of Roxie Hart, a chorus girl who maliciously murders her on-the-side lover. Desperate to avoid conviction, she fools the public, the media and her rival cellmate, Velma Kelly, by hiring Chicago’s slickest criminal lawyer to transform her crime into fame.

Based on the real stories of two convicted female criminals and featuring smash hits such as Cell Block Tango, All That Jazz and Razzle Dazzle, Chicago questions the concept of ‘the celebrity criminal’. 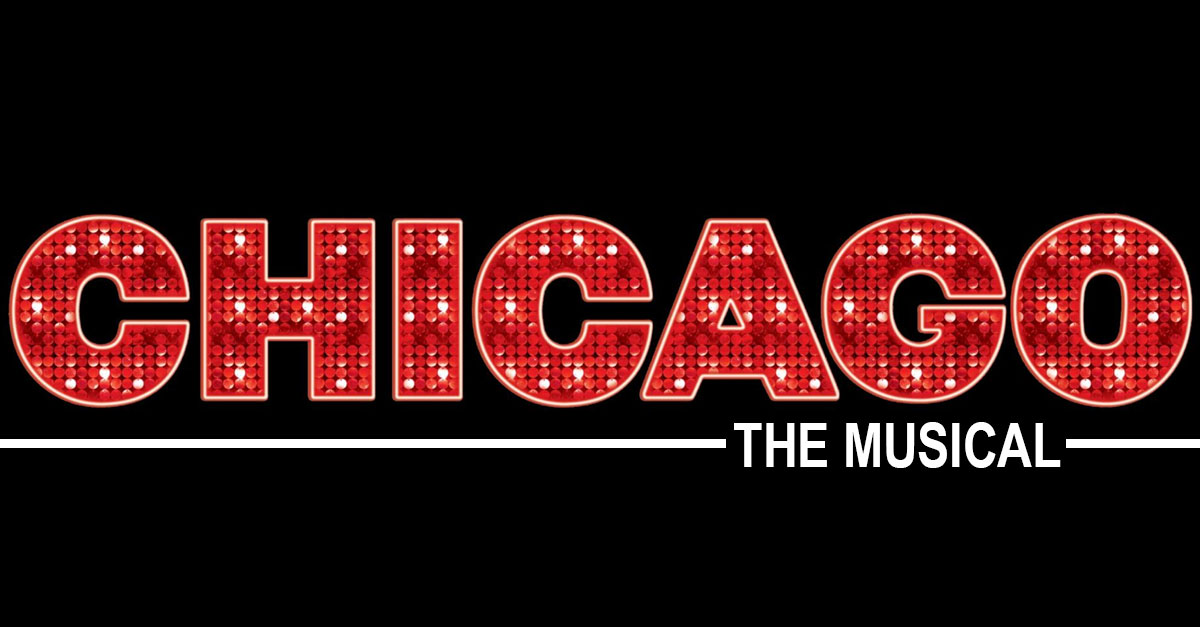 A fun-filled, sugar-fuelled, family-friendly pantomime adventure that reminds us ALL not to take candy from strangers (even if they wow you with a fabulous song and dance number!)

Join ‘Hansel and Gretel’ in the Quarry Theatre’s new take on an old favourite; with tasty tunes, magical mayhem and colourful characters (including a 7 foot yeti!) it’s simply not to be missed! 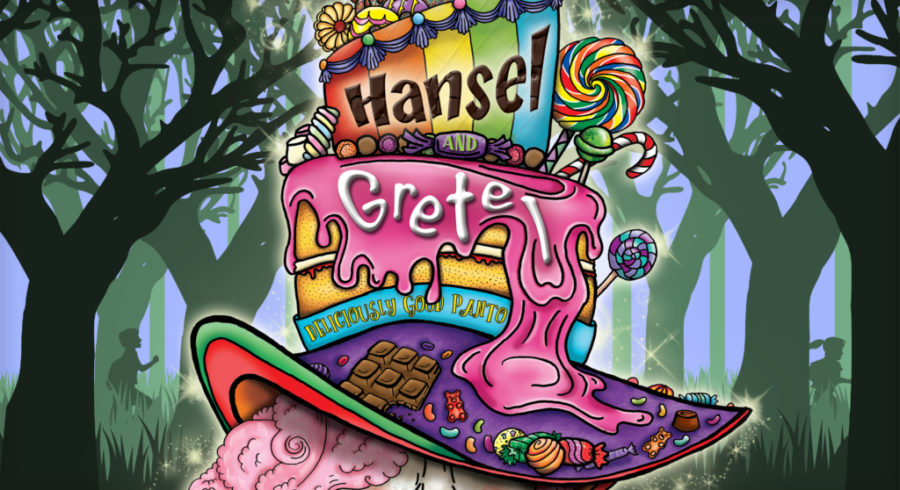 Now you can watch the holiday classic like never before, newly remastered from the original film negatives and more vibrant than ever with stunning clarity!

Frank Capra’s heart-warming masterpiece has been embraced, as a cherished holiday tradition by families around the world!

As he prepares to embark on an overseas tour, star actor Garry Essendine’s colourful life is in danger of spiralling out of control. Engulfed by an escalating identity crisis, as his many and various relationships compete for his attention, Garry’s few remaining days at home are a chaotic whirlwind of love, sex, panic and soul-searching.

Captured live from The Old Vic in London, Present Laughter is a giddy and surprisingly modern reflection on fame, desire and loneliness. 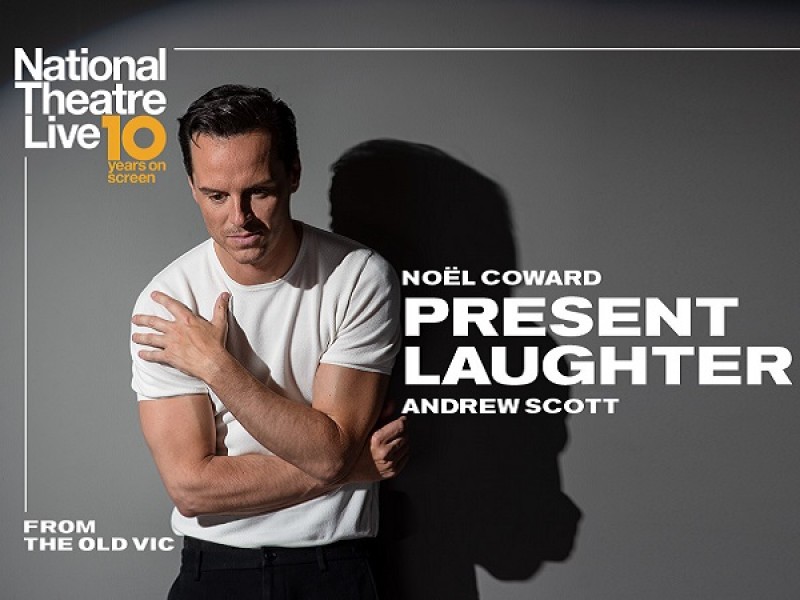 When a penniless, eighteen year-old orphan from the slums of Mumbai comes within one question of winning a staggering 20 million rupees on India’s “Who Wants To Be A Millionaire?”, a police investigation reveals his amazing story.

Slumdog Millionaire is the winner of 8 Academy Awards, including Best Picture of the Year and Best Director, Danny Boyle.

A charity screening to help raise funds for the HOPE Foundation, which promotes the protection of children, living on the streets and in the slums of Kolkata and amongst the most underprivileged in India.

Ruby Reflections – Celebrating 40 years at The Mill
Saturday 7 December from at 7:30pm
Tickets: £15 (including a glass of fizz)

Forty years ago, The Mill reached their Impossible Dream to open its very own theatre. To mark this amazing milestone, a special one-off concert has been arranged for Saturday 7th December.

Ruby Reflections is a night with Lincoln Noel and friends, where he will take you on a musical journey, featuring songs from shows, including Mack and Mabel, Les Miserables, Cloud, Man of La Mancha, Oliver, Chicago and much more….

In aid of the Cool-Down Appeal.

Tickets available at www.sharnbrookmilltheatre.co.uk or in person from Pick-a-Lily florist in Sharnbrook telephone 01234 781441.

Previous articleSanta to visit the Panacea Musuem for fun and to raise funds for the Foodbank
Next articleWin brunch for 4 at the Red Lion, Stevington