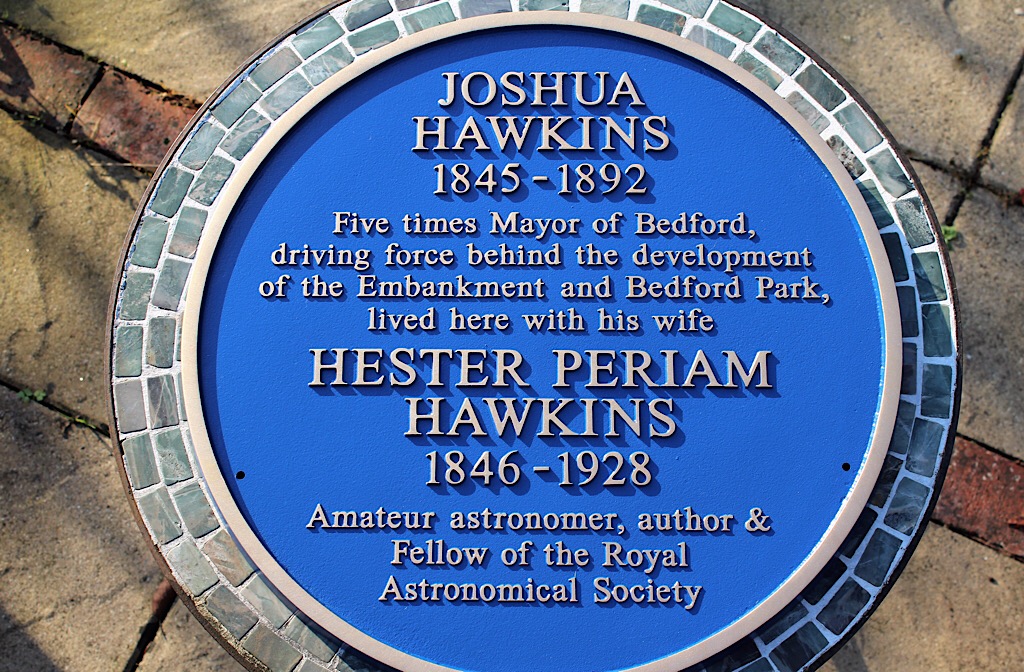 Joshua and Hester Hawkins – both extraordinary figures in Bedford’s history – have been recognised with the unveiling of a new plaque.

The fifth in a series of new blue plaques around the town, it’s situated on the wall of 18 Linden Road, the couple’s former address and now home to the YMCA.

To coincide with the unveiling, local historians, Stuart Antrobus and Mary McKeown, have curated an exhibition on the second floor of Bedford Central Library, running until Monday 29 April.

As five times mayor, businessman and editor of the Bedfordshire Times, Joshua Hawkins was pivotal in the provision of some of Bedford’s most recognisable landmarks including Bedford Park, the Embankment, County Bridge and the suspension bridge.

Also honoured on the plaque, Hester Hawkins was equally highly regarded in her capacity as a novelist, astronomer and hymn writer – the couple forming a formidable and impactful force.