The message is simple: local news needs to adapt or die 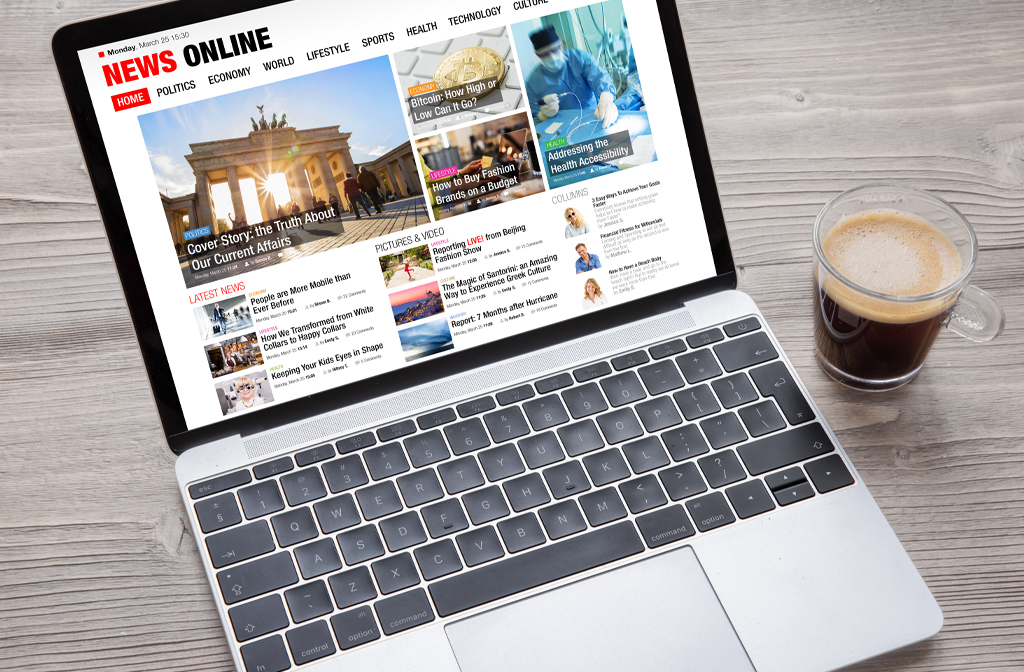 There’s a great saying that you don’t know what you’ve got until it’s gone, and it’s never been more poignant when it comes to Bedford’s local newspapers.

We’re now facing a choice in our town to simply ignore the lack of genuine investigative journalism or do something about it.

But what are the problems with local news sources in 2018? Is this really the end or are we on the precipice of something new that will take Bedford’s local news in a direction we’ve not seen before?

It’s clear from the stats, continued investment in print media is not the way forward. Just taking a look at reports by Ofcom and Reuters, more and more people are accessing news, local and national, online and via mobile devices.

At present, there’s little consideration to this from Bedford’s media.

Yes, there are websites and digital page-turning options, but these are either filled with adverts that make the reader experience unbearable or are far too small to be of any use on mobile devices.

There are also social media pages from these news providers, but their news feeds are a mix of regional and national and aren’t engaging enough to achieve the wide reach that platforms like Facebook can generate.

It’s clear that the town’s current print-based media sees an online offering as an afterthought and still isn’t really sure what to do with it.

Is digital news the future?

So, is online really the answer? Despite the traditionalists’ opinion that people still want something tangible, online is most certainly still a preferred way of accessing news in Bedford.

Research carried out by The Bedford Clanger found that of those asked, 76% of people use their mobile devices to access local news.

This is hardly surprising when the national trend shows that online consumption of news is the only platform showing any sort of growth.

With this in mind, do newspapers need to just go all-in online?

Dr Rob Watson, a professor of media and council member of the Community Media Association, thinks that while going online must be a priority for news delivery, the attitudes of the reader, journalist and news desk also need to change.

“The reduction in the number of newspapers is a combination of three interrelated factors, changes in technology, changes in market regulation and changes in news services,” he says.

“The changes in technology are plain to see, with more information being consumed online.

“The second is about the government blocking the excessive centralisation of newspapers by a handful of corporations. A competitive marketplace has to be protected if the diversity of news supply is to thrive.

“Thirdly, people who work in news services have to take responsibility for some of these problems.

“Readers have lost trust in the often biased or partial reporting that went on in the past that was never challenged. Being a reporter was professionalised beyond recognition, so reporters became journalists with higher qualifications.

“Anyone can be a reporter, but the industry has become closed-off to many people from different backgrounds, places and interests.”

The last point is interesting, “anyone can be a reporter”.

While many established news desks require specific qualifications, the ability to have passion about your local area and write about where you live isn’t something that is learnt in a classroom.

There are many facets to a great journalist and a lot of these aren’t proven by a simple exam.

Ultimately, the attitude that you’re only a good storyteller or investigator if you have a certificate to say so is detrimental to encouraging people to report on their area.

And, sadly, recent efforts to encourage a more open and local approach to newsgathering haven’t quite got it right.

Many applauded the BBC when they announce they would be working with local news desks across the UK to create new Local Democracy Reporters.

Frustratingly though they have stipulated that only higher-end qualified journalists should apply and, as funds are provided by licence fee payers, the pay is low when compared to jobs requiring similar qualifications.

This has led to some areas struggling to appoint into these roles even seven months on from when the programme was announced.

What’s more, there have even been reported problems with the programme not living up to the democratic news service it aims to be, with one reporter claiming he was dismissed after his local council complained about a negative report he had written.

What then is the alternative? Council meetings, for example, are public and anyone can attend. Local people can easily go along and report on the news that matters to them.

With a good editor guiding them this can be an effective method of getting the news to those who currently don’t have access to it.

The rise of ‘citizen journalism’ has proven that the void can be filled quite easily and effectively, but Dr Watson’s take on that is also interesting.

He says, “citizen journalism is one of these terms that is often used to belittle the people who have an alternative vision of news.

“It’s a way of protecting the so-called professionals in the industry by saying that articles produced by others cannot be measured by the same standard as the so-called qualified and accredited journalists.

“News and reporting are about being curious and having something to say about the world that we live in and what makes our communities tick.”

Just a few days ago these sentiments were echoed by a guest columnist in The Herts Advertiser.

Rev. Peter Crumpler believes that local news and so-called citizen journalism has an even more important role to play.

He writes, “…local news boosts accountability, builds close relationships with the communities they serve and ensures a ‘sense of the local’ is driving their agenda.

“Local newspapers have a key role to play… you’ll see news of what grassroots organisations are doing, helping them to recruit volunteers or raise funds.

“You’ll see local politicians being held to account and concerns of residents being aired and supported. In contrast, the lack of an effective local media meant the valid grievances of the Grenfell Tower residents went unheard.”

With larger corporations forcing our local news desks to extend their reach regionally, or even incorporating national news into what they feed us, is the antidote, like Rev Crumpler suggests, a tighter focus on local?

Dr. Watson believes it is.

“The term hyperlocal news is banded around a lot these days, but it’s essentially just a buzzword that should be forgotten in the same way that we used to call everything eNews or iNews,” he says.

“It’s just news, and the people who are interested in news are just people. These people live in neighbourhoods and communities and places that shouldn’t be defined just by how local they are, as if this news doesn’t matter.

“News is built-up from small stories that offer something of interest to people,” he adds.

Just because something is local doesn’t mean it’s of lower quality. What should determine its quality is the content and the news desk’s ability to investigate, remain impartial, and also deliver what local people need in both content and method of delivery.

In fact, let’s ask ourselves an honest question. Who is more likely to be able to deliver strong, local, sympathetic and honest news?

A local writer who lives and breathes everything about the town they live in, or a writer whose news desk, home or editor is 20+ miles away and whose focus is watered down across a wider area?

While there has been much consideration for the shrinking presence of traditional news sources in Bedford, let’s not discount the area’s community-based media or publications with a specific focus such as the Bedford Clanger.

But, while these ‘papers’ do a great job in giving local people access to what is happening on their doorstep, they only go so far.

They’re either focussed on a specific subject or cover a wide geographical area, their content is usually based on advertorial and written by those advertisers.

Or, articles are created from the copying and pasting of media releases alongside the content full of biased opinions with limited transparency.

If there is any genuine editorial content in these publications, the stories generally only scratch the surface.

What do we need?

For excellent news provision in Bedford, we need a news desk that looks at the bigger picture without distraction.

In asking him if the Cairncross Review, the government’s investigation into the provision of quality local news, will actually make a difference, Dr. Watson gives us a great final point.

“If [the] government is going to support anything it should be to break up the media cartels and ensure that local providers have access to local markets.

“Giving local news to local communities seems to be the real priority, but this means forcing the large conglomerates to hold back and allow more people to come into the market.”

Personally, I couldn’t agree more but let’s not wait for the government, let’s fix the problem ourselves.

Previous articleBedPop Repair Shop is back!
Next articleMusic Highlights