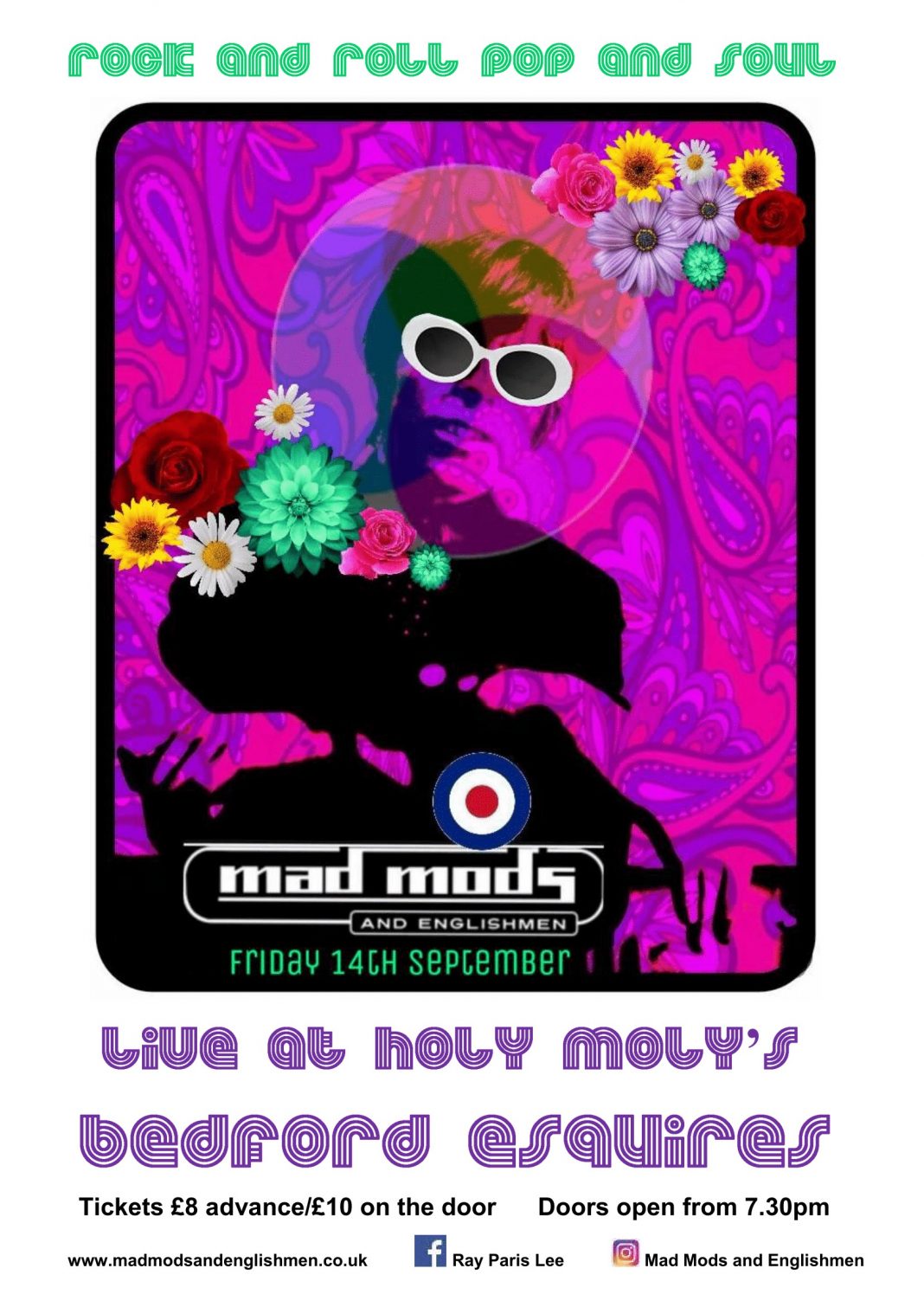 There’s something for everyone at Esquires on Friday 14 September..

Kicking off the early autumn / late summer season is the long-overdue return for Mad Mods & Englishmen as they return to Bedford following a two year absence. Previously the band have played some legendary gigs at The Pad as well as opening for Bruce Foxton’s From the Jam at a sell-out show at the Corn Exchange. Last time they visited Esquires they packed out the Main Stage so it’s about time the band were back in town. 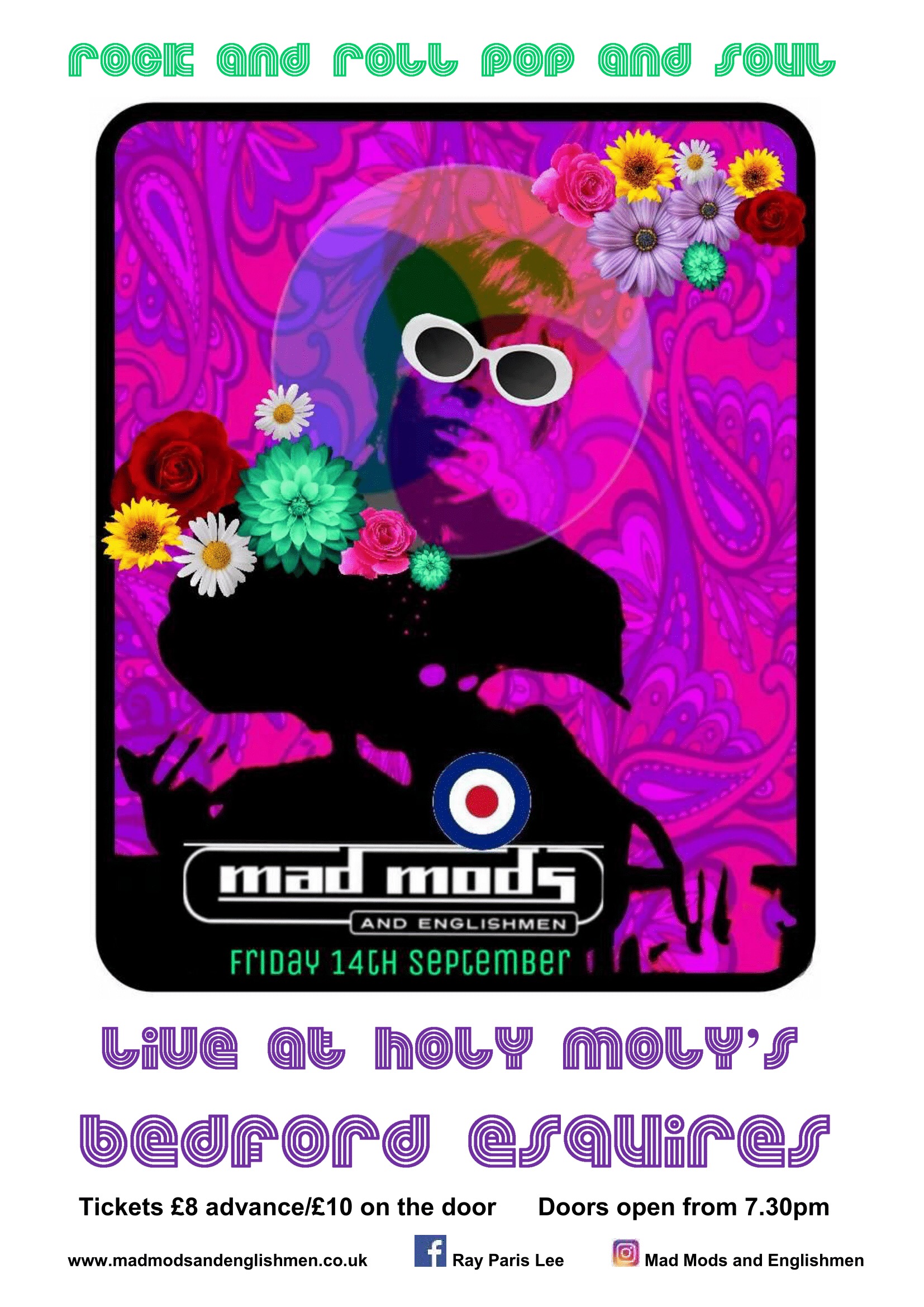 Anyone that has seen the ‘Mad Mods’ live will tell you that they are no traditional covers band. Their energetic performances have built them a massive following and they have a reputation of packing every venue they play at, and then bringing the house down!

Their repertoire includes hits from The Who, Small Faces, The Kinks, Rolling Stones, Spencer Davis, Yardbirds, The Jam and many more, and yes, they’ve even been known to smash the odd guitar up on stage!

The band will be playing 2 sets with no support on the night, doors open at 7.30pm with the band hitting the stage around 8.30pm.

“These guys are as good a feel-good band as you’ll experience. Just make sure you do experience them”
Chris Hawkins – BBC 6 Music

If you’re a GN’R fan then this is the night for you!! One of the only tribute bands to have actually played live on stage with members of Guns N’Roses themselves!!!! 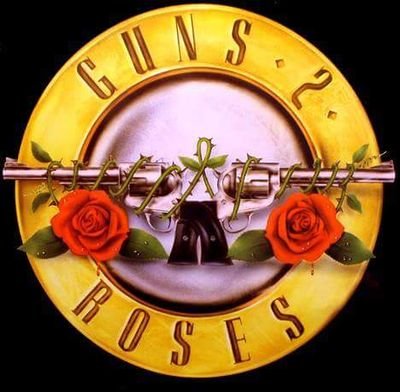 Six US tours, countless international tours, dozens of TV appearances and the longest-running, closest-looking and most internationally recognised GnR tribute band in the world

TICKETS FOR BOTH SHOWS AVAILABLE ONLINE FROM SEETICKETS, OR IN PERSON FROM ESQUIRES BAR, SLIDE RECORD SHOP & MARIO’S HAIR DESIGN IN KEMPSTON