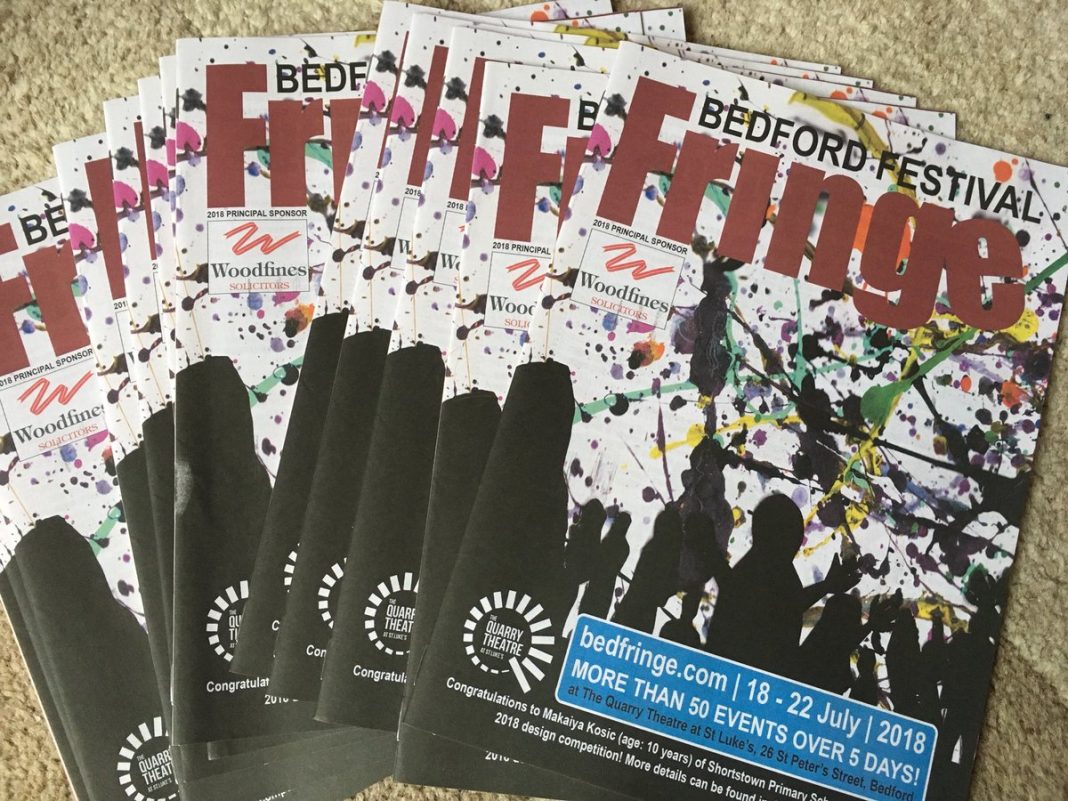 Since 2007, Bedfringe has seen over 2,000 acts pass through its doors, well and truly establishing it on the world fringe map.  We’re thrilled that it’s back for 2018 and as ever, here’s our guide to what’s on when.

From Wednesday 18th to Sunday 22nd July, the Quarry Theatre at St Luke’s will host the 12th International Bedford Festival Fringe, bringing a hand-picked programme of comedy, theatre, live music, film, dance & physical theatre, spoken word and poetry to the heart of Bedford.  With over 60 shows programmed into this year’s five day festival it’s going to be a big one!  View the programme and find out more info at bedfringe.com.

Want to know what we recommend at Clanger HQ? Read our top tips here and if anything takes your fancy, click straight through to the box office. 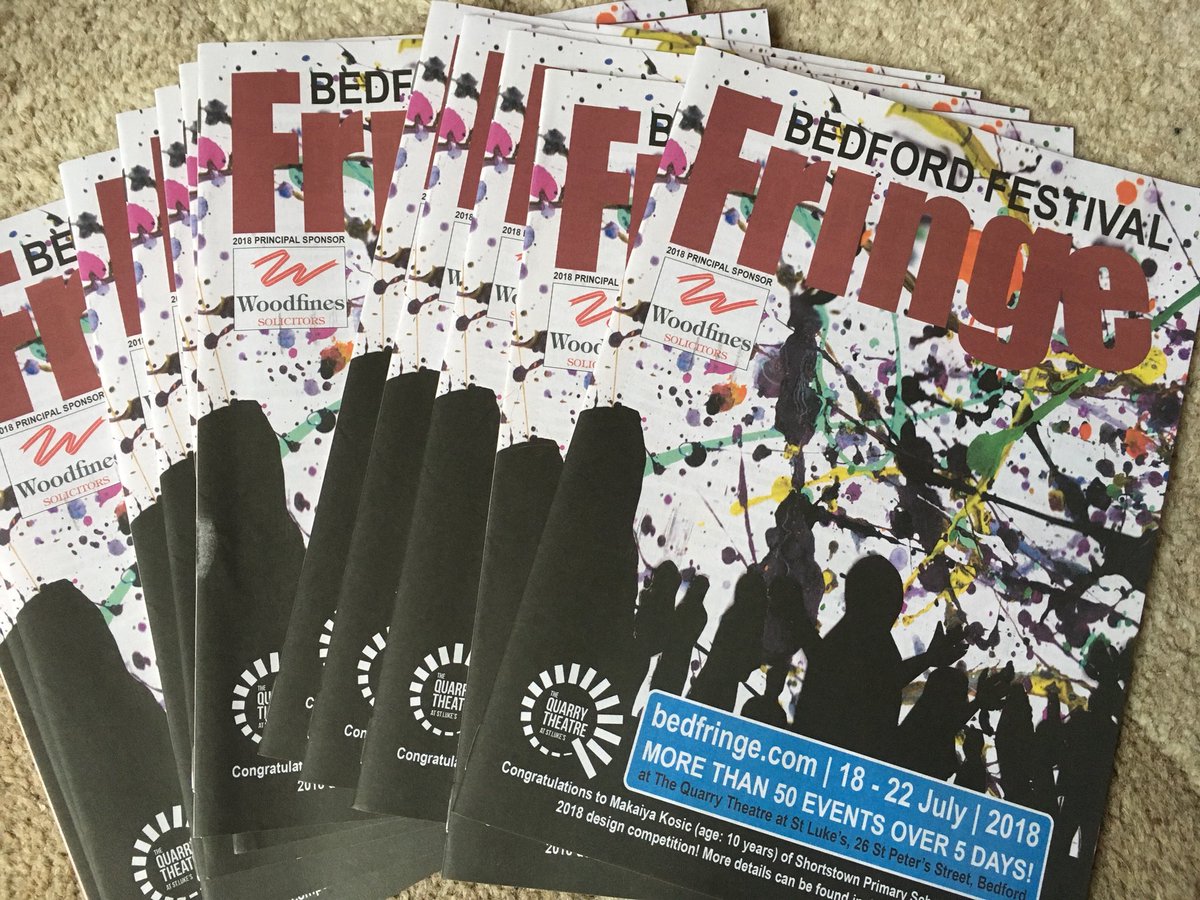 The design for this year’s Bedfringe artwork was handed over to the children of Bedfordshire with the help of Kayte Pippett and the Culture Challenge.  The winning artwork was submitted by Makaiya Kosic of Shortstown Primary.  Makaiya’s design features on the front cover of the programme, posters & flyers.  Runners up Tesfa Bernard & Isabelle Brazier will also have their artwork featured and all three received a book bundle presented by Rogan Books.

As ever, we asked Bedfringe Director, James Pharaoh to give us his top tips for this year’s festival.  Over to you, James:

“So… my picks for this year are BGT winner, Lost Voice Guy (now sold out),  Gary Delaney (Mock the Week Favourite) and Fringe legend Pip Utton with his brand new play And Before I Forget I Love You, I Love You.  The Garden Stage is back (hopefully we will have better weather!) with a relaxed vibe; think hay bales… maybe some deck chairs… festoons, a chill out zone if you like. Come along, take a punt and see something a bit different!”

You never know who you’re going to see at Bedfringe – and what dizzy heights of stardom they are destined to reach.

Were you lucky to catch some of these acts here in Bedford first?