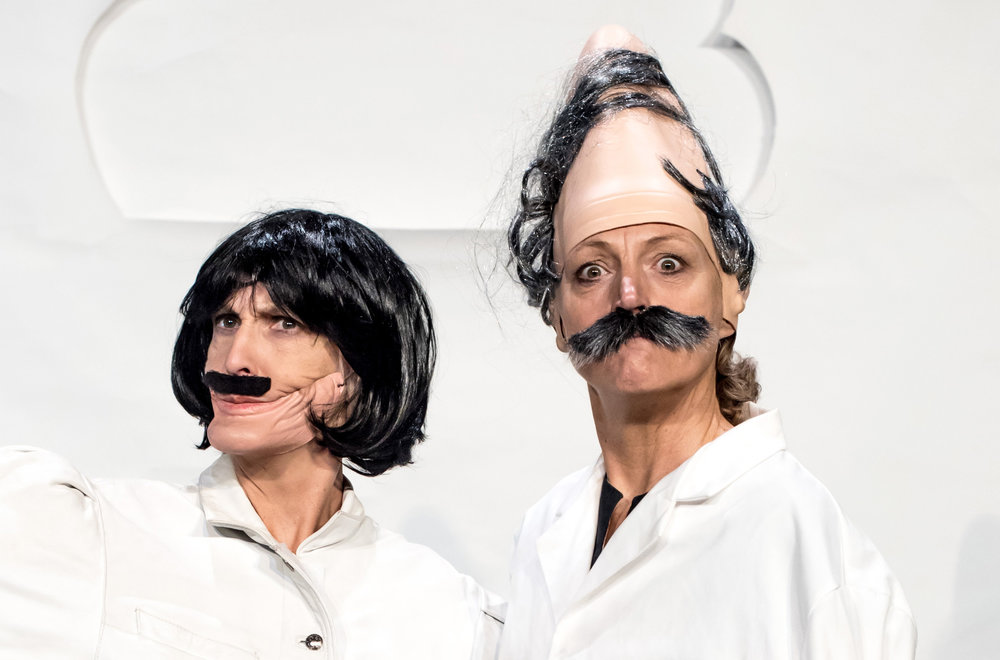 A&E Comedy’s performance of ‘Enter the Dragons’ is a deeply humorous exploration of the menopause and other struggles of how a woman ages. On a quest to defeat Chronos, the God of Time, our protagonist sets off in the hopes that she might halt the ageing process. As she travels through a surreal, dreamlike world and meets many crazy characters, the audience are asked to think of the struggles women face and how many of them are in society’s hands.

A hysterical yet moving look into the trials of ‘women of a certain age’, this play explores the ideas of beauty, sex and feminism. The feminist movement encourages everyone to re-evaluate society’s beliefs and this play was extremely successful in asking the audience to do this as the protagonist must overcome obstacles such as the Sea of Apology and the doctors that do not have her best interests at heart as they try to take ownership of her body. In a world where older women can seem invisible in the eyes of the media, this performance gave the audience a strong message: getting older is not the end, ignore what society has to say (or, as the performers eloquently put it: “fuck it”).

I absolutely loved the exaggerated characters the actors played, which all felt completely unique, and their interactions with each other. As there were only two actors, the costume played an important part in the multi-roling as it helped to establish the different characters as well as reinforce the fantasy, dreamlike nature of the piece. The actors demonstrated great skill in making each of these characters feel believable as there were so many of them and they were all so diverse. I especially loved their unnamed characters at the beginning. They felt like peculiar spirits and immediately set the humorous and surreal tone of the performance.

The performance was full of twists and turns which kept the piece consistently engaging as the audience was always wondering what would happen next. Each step on the protagonist’s journey amusingly defied expectations, such as a paper cut-out of Germaine Greer’s face bestowing magical objects, a siren mistaking their role as a mermaid for an actual siren and the protagonist walking onstage fully naked and getting angry when the narrator specified that she was supposed to be feeling ‘emotionally’ naked, not physically! The actors were able to turn subjects that can be uncomfortable to talk about into a hysterical and memorable performance. I wish them all the best as they continue to tour with this amazing show.

Previous articleClanger interview: The Scruff
Next articleThe December edition is out and online!