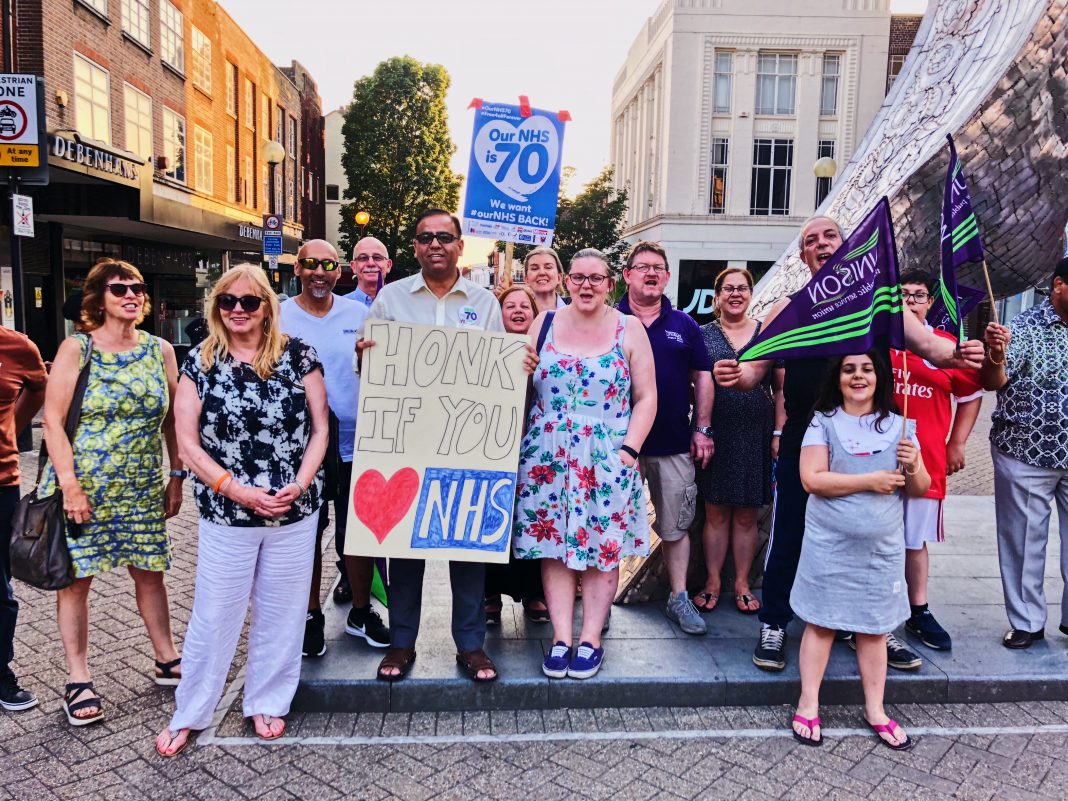 A small but passionate crowd of campaigners and fans of the National Health Service gathered in Silver Street yesterday to celebrate its 70th birthday and to highlight the impact on Bedford if NHS cuts and privatisation is allowed to continue. 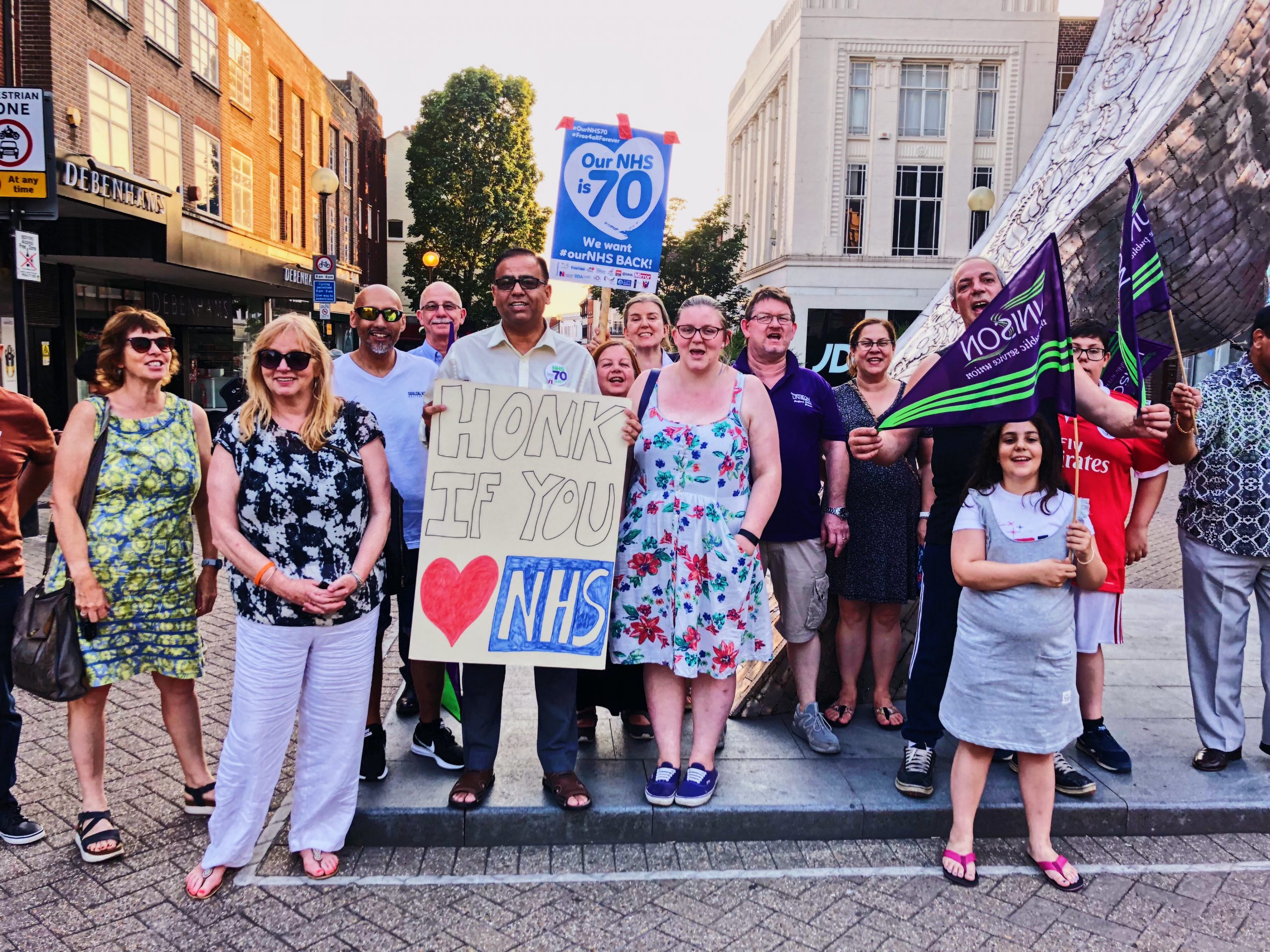 Passing motorists ‘honked’ to show their love of the NHS and a number of speakers told their own stories of how they received life changing, lifesaving, or ongoing health care that would otherwise have been unavailable to them if the NHS wasn’t there to help. Mohammad Yasin MP also spoke about how he and other cross parliamentary colleagues are fighting hard to oppose budget cuts to our national Health Service.

Rosie Newbigging of the campaign group Hands off Bedford Hospital spoke exclusively to The Bedford Clanger about why the NHS is more important now than ever before. Telling us that the NHS is a magnificent organisation, and giving free healthcare at the point of delivery from cradle to grave is a basic human right.

People need to fight for the NHS

She added that people must gather together to support campaigns like Hands Off Bedford Hospital and show NHS bosses and politicians that they refuse to accept the on-going cuts facing the NHS, both in Bedford and across the UK.