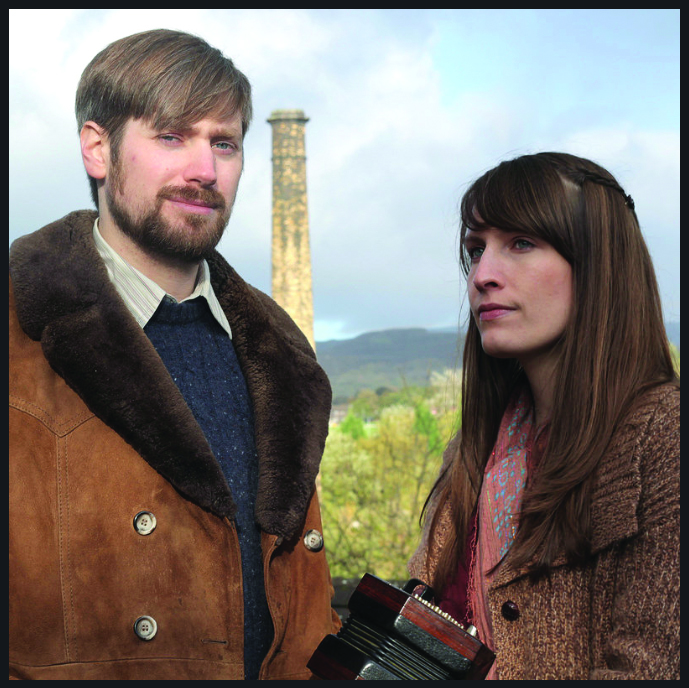 Bromham Mill is the beautiful venue for bi-monthly folk night, Mill Race Folk. Hosted by trio MarisaJacknDavy their aim is to bring the best folk music to Bromham.

The next musicians to play will be Laura Smyth and Ted Kemp on 4 March. Laura and Ted perform traditional songs from England and beyond, with special attention given to their respective homes in the North West and East Anglia. While placing a great value on unaccompanied solo and harmony singing, they also accompany themselves on English concertina, five string banjo, cello, and guitar. Their debut EP, ‘The Charcoal Black and Bonny Grey’ is out now and has garnered some rave reviews.

Support comes from two unusual acts. Gemma Khwaja is a talented singer/guitarist, an amazing artist and puppeteer from Norfolk. She performs traditional British songs and creates her own songs inspired by folkloric customs and poetry. Gemma was the 2013 winner of Islington Folk Club’s Trad2Mad competition.

Special guest this March is The Vulgar Morris. As far as MarisaJacknDavy can discern, Faye Spencer is the UK’s only morris side consisting of one sole member. She will be performing with music accompaniment from the hosts. This dancer needs to be seen! Each performance is unique. Hot food and alcoholic beverages are available from the brilliant Cafe at the Mill.

Previous articleSpring is in the air…
Next articleBlanket Boy – Bedford’s folk hero!