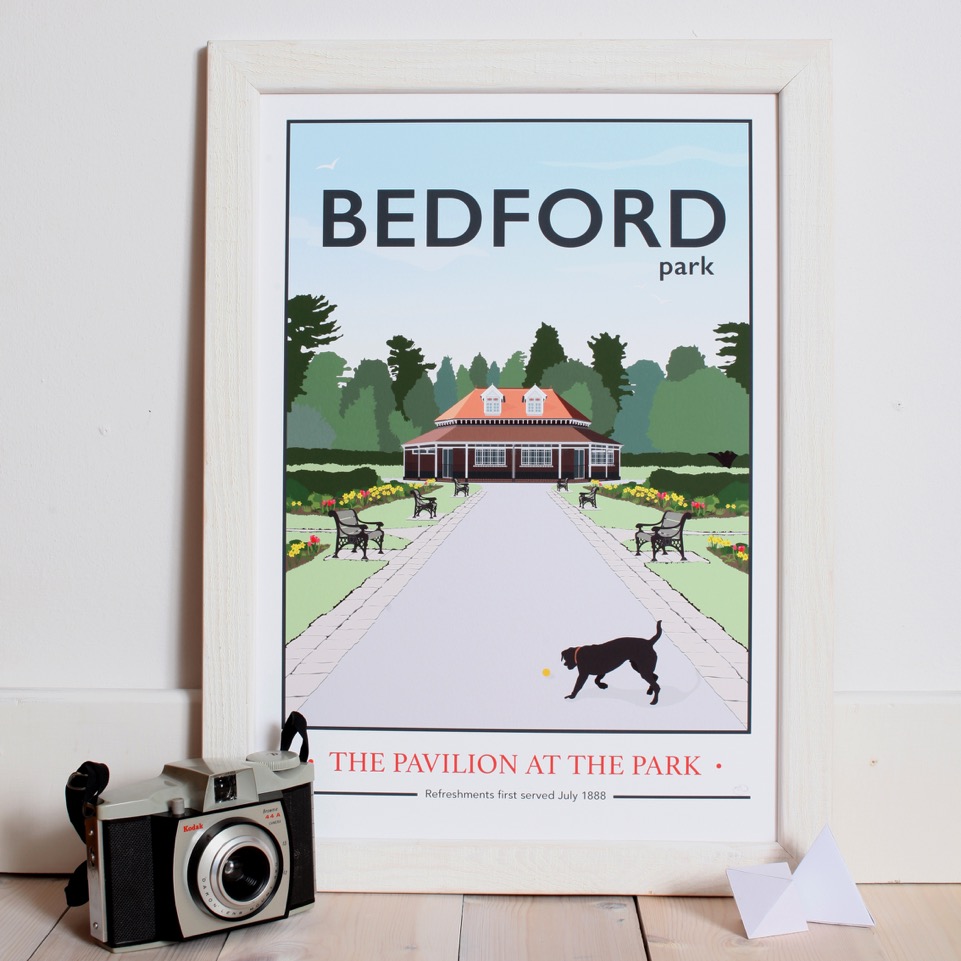 Tabitha Mary Wainwright may not be a household name yet, but if her legion of fans in Bedford has anything to do with it, it’s only a matter of time.

Based in Leighton Buzzard, Tabitha is a full-time artist known for her stylised illustrations evoking well-known destinations such as Brighton Pavilion and Bletchley Park.  A chance meeting with Emma Garratt at the Culture Conference earlier this year resulted in Emma commissioning prints of both of her businesses, the Kiosk and Pavilion in the Park.  “After I’d completed the initial designs, Emma then commissioned a limited edition of the Pavilion by moonlight,” explained Tabitha.  “All of the Bedford prints were then unveiled at an exhibition of my work at the Pavilion in June and that’s what led to the social media frenzy!”

After seeing the exhibition, Bedford resident –and Tabitha Mary fan – Katie Gregory took to the We Are Bedford Facebook page to see if she could muster enough interest to commission Tabitha to create an illustration of the Embankment.  “Katie contacted me to say that she couldn’t commission me herself, but if she could get enough people interested, would I be willing,” said Tabitha. “It was kind of crowd-funded in a way and the momentum grew. Within 24 hours I’d sold 50 prints!”

If we weren’t in love with Tabitha’s work enough already, reading this Facebook exchange led to a full-on creative crush! And there was nothing for it but to arrange a blind date (at the Pavilion, natch) to commission this month’s front cover. Especially for The Clanger, Tabitha Mary has taken another iconic Bedford view of the Suspension Bridge and made it all colourful and beautiful and summery and we absolutely love it!

“I have been overwhelmed by the creative community in Bedford,” said Tabitha.  “It’s like nothing I’ve experienced anywhere else. There’s a great network and everyone has been so supportive.” Yay!

Lucky Clanger readers can take advantage of a fabulous 10% discount on any of Tabitha Mary’s prints until the end of July by visiting her website (Tabithamary.co.uk) and entering the discount code CLANG10.  Knock yourselves out!

Previous articleOur new arrival!
Next articleWhat's on Ryder's rider? We get connected with the Mondays and Stereo MCs