On Tuesday 3 December, Tom Skinner of BBC 1’s Apprentice will bring his trademark selling skills to Harpur Square as part of this year’s SoupFest.

He’s launching Tom’s 100 Ways to Win – a raffle where a minimum donation of £10 will win a £30 prize donated by Bedford businesses.

The 28-year-old pillow salesman from Romford will be encouraging the public – in his unique, charming and rather persuasive way – to part with £10 in exchange for a £30 prize. Everyone is a winner and nobody will go away empty handed.

“It breaks my heart every time I see people sleeping rough and I’m only too happy to support Bedford’s SoupFest,” Tom told the Bedford Indepdendent.

“I’m looking forward to helping raise as much money as possible to benefit the homeless and rough sleepers and will be using all my new-found Apprentice sales skills to encourage people to part with their cash for charity.”

“Tom’s 100 Ways to Win raffle has been a great way to involve local businesses in SoupFest,” said organiser, Emma Garrett.

“We have been offered prizes varying from Champagne afternoon teas, to hotel stays, massages, haircuts, hampers, and restaurant vouchers.

“The generosity of Bedfordians never ceases to amaze us.

“Bedford is famously the most charitable county in the country. We look forward to seeing  as many people as possible joining Tom to show their support on Tuesday 3 December from 11.30am – 3.30pm in the Harpur Square and help our homeless community.”

Local choirs and musicians will be performing throughout the day, entertaining the SoupFesters and encouraging them to stop a while and talk to each other, making new friends and reacquainting themselves with old ones. 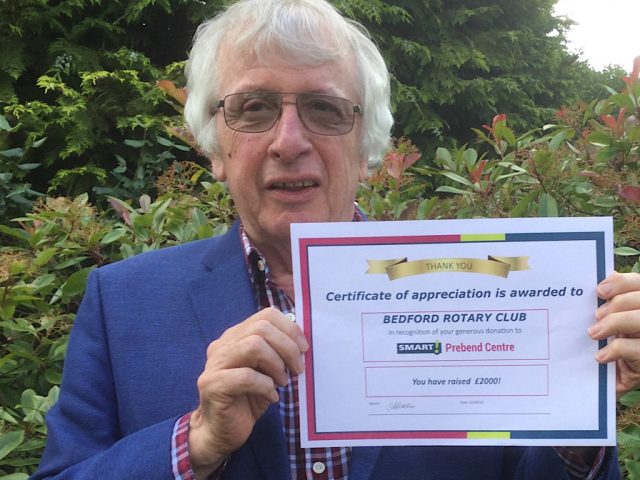