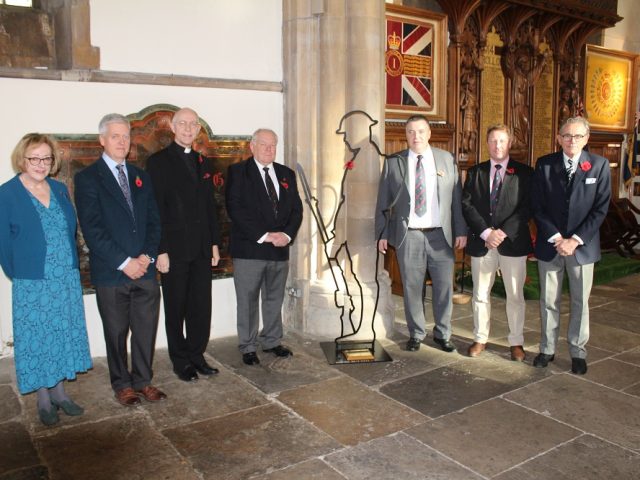 The Bedford Club has presented St Paul’s Church, Bedford with a silhouette statue commemorating a World War One soldier.

Part of the national There But Not There campaign, in association with Help for Heroes Official and the Royal British Legion, this 6 foot silhouette of a ‘Tommy’ is a poignant image embodying the theme of remembrance.

Pictured here by the church’s War Memorial is Steve Spring who organised the fundraising dinner to raise £750 for Bedford Club to purchase the statue for the people of Bedford. He stands to the left of the statue. To his left are the Reverend Canon Kevin Goss, vicar of St Paul’s, and to his left the two churchwardens, James Stevenson and Alison Phillipson. Cllr David Fletcher stands to the far right next to other members of the Club.

Body found in search for missing man from Stewartby