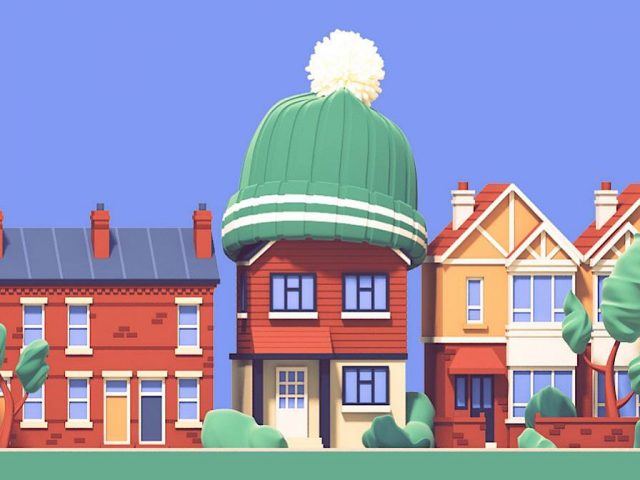 Ironically for a scheme encouraging energy efficiencies, it has received national coverage for its inefficiency.

The Green Homes Grant in brief

Homeowners can apply for funding for green home improvements. If successful, applicants receive funding through a voucher system.

The funding provided is normally capped at £5,000 or two-thirds of the cost of the home improvement/s, but can rise to a £10,000 limit under certain conditions.

An applicant has to apply for at least one primary measure. You also cannot receive more funding for secondary measures than you get for primary.

Any work must be carried out by TrustMark or Microgeneration Certification Scheme-registered tradespeople.

To apply for the scheme, an applicant must first obtain at least one quote, though are encouraged to seek three. The scheme can only be accessed online.

As of 18 December, there had been more than 54,000 applications for the Green Homes Grant. 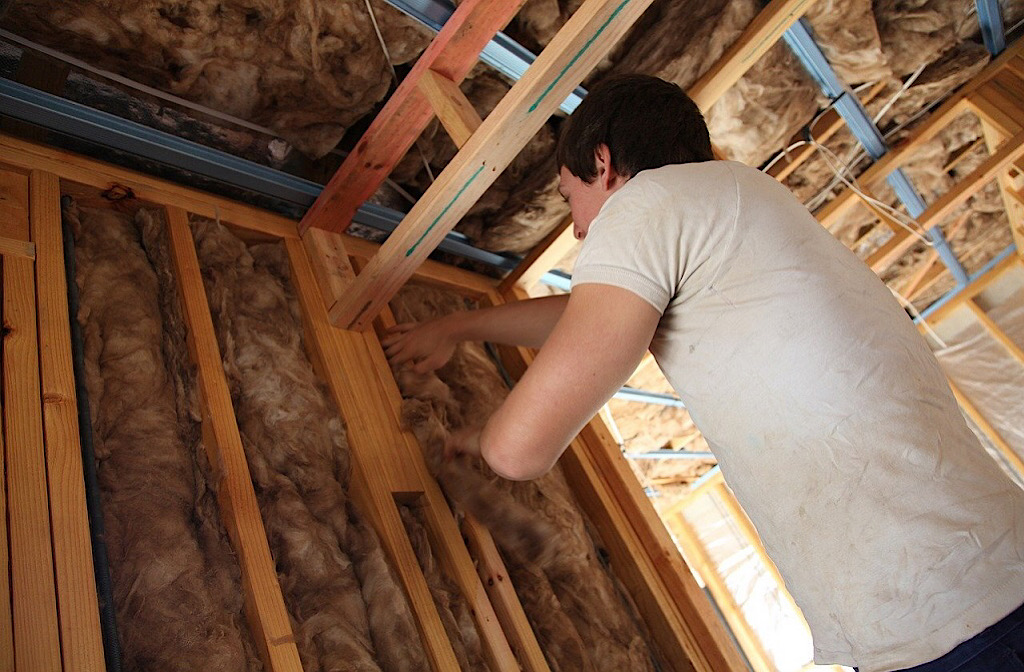 Plumb-Line Contracting Ltd are central heating system and domestic contract specialists. At the time of speaking to Adrian Brown from Plumb-Line, they were in the process of re-registering for solar thermal MCS certification. However, they already offered Green Homes Grant-covered biomass boilers, air and ground source heat pumps and heating and hot water controls.

Brown said interest in biomass boilers had ‘gone up a little bit’ and people ‘ask about ground source heat pumps’. He reckoned, however, that more than half of the Green Homes Grant-related enquiries he’d received were for air source heat pumps.

The interest in this had ‘gone up probably by ten-fold the number of inquiries since May/June, when the Green Homes Grant was announced’.

Likewise, a lot of enquiries for air source heat pump installations ‘are just not suited’, either because of their properties, or ‘they currently have a perfectly good, one year old gas combination boiler which is probably the best thing’ for their heating requirements.

For example, he went into detail about how air source heat pumps were very difficult to install in terraced housing, because of often the need for new radiators double or triple the size of existing ones.

Mohammad Noory of Iraye Group Ltd was particularly critical of this part of the grant’s process.

Iraye offers the Green Homes Grant-covered primary measure of solid floor insulation. Noory said that a ‘considerable increase’ in interest had ‘not seen anything in return’ yet.
‘Not Fit For Purpose’?

As touched on above, there were concerns with the quotation process. Noory saw it as reducing the benefits of the scheme from the business perspective because ‘for us, investing that much time [answering queries], answering phone calls, sending quotations’ hadn’t yet resulted in confirmed jobs.

Brown, speaking in particular about air source heat pumps, explained the extensive checks and time involved in giving a required detailed quote, taking at least half a day’s work to calculate and fill out. He explained that this extensive detail was preferable to go into ‘when you’ve got the job’.

Under the Green Homes Grant scheme, the detailed information had to be supplied before knowing the job will go ahead. He said the quotes process ‘needs simplifying’.

All three businesses had neither received nor knew anyone who had received a Green Homes Grant voucher. Despite the scheme being launched in September and initially set to run only until March 2021, the government delayed issuing vouchers until November.

Kevin Fisk described the delay in vouchers being issued as an ‘absolute disgrace’. He’d set aside time to deal with demand from Green Homes Grant-funded jobs, only to find the vouchers had simply not been issued yet.

He also related how two customers had said to him they were ‘bored of waiting’ and chose to give up on the grant so the installs took place in 2020.

He even warned that potential customers looking to replace oil boilers with air source heat pumps were ‘running their oil down’. He’d urged a customer earlier to order oil in as he simply couldn’t tell them when they would receive the grant voucher. 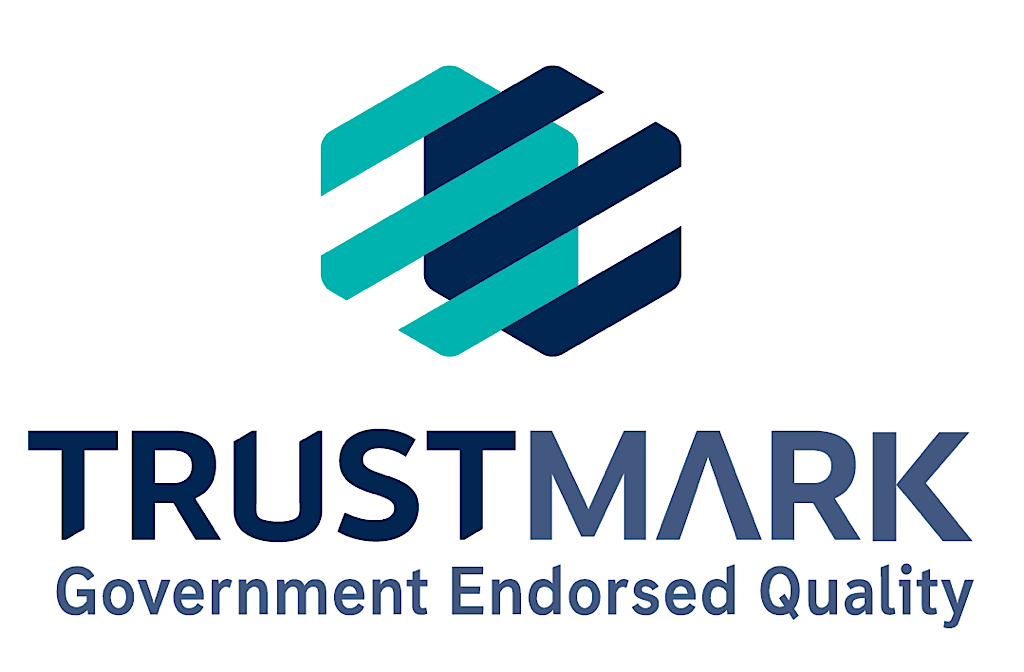 There was varied experience of registering for TrustMark and/or MCS certification.

K Fisk Plumbing and Heating Ltd registered with TrustMark a number of years ago. Fisk described it as costing approximately £7,000 to join back then. He was ‘disappointed’ with the first five years as a TrustMark-registered business where it was ‘more about the paperworks, not the installs’.

Iraye Group Ltd, however, were set up in June 2020 and registered as soon as possible. Noory said it ‘wasn’t that difficult’ to register, which he had as he ‘saw an opportunity’ with the Green Homes Grant scheme.

Adrian Brown from Plumb-Line said that initially setting up for TrustMark in the last year was ‘easy’. Initial registration for MCS years ago had been difficult though and he suspected the MCS initial registration process would not make it easy for new low carbon heating companies to register in time to benefit from the Green Homes Grant.

The way vouchers were redeemed, payment direct from government to the company, was a concern for Kevin Fisk. He believed this would actually lead to longer delays in receiving payment for companies, than if the grant funding went to the customer instead.

He had been told to anticipate seven days for a voucher to be logged on the system and a further potential seven – 11 days for payment to be processed and reach a business. He viewed this as ‘not very well thought out’ as some material suppliers require payment upfront.

Citing a theoretical example where an air source heat pump installation cost around £10,000 and materials could cost £7,000 of that, he warned that this payment process could leave an installer ‘a lot of money out of pocket’.

The announcement in November of the scheme’s extension until March 2022 was welcomed by all, though Kevin Fisk highlighted the chief reason for this being the late issuing of grant vouchers.

Adrian Brown from Plumb-Line described it as the ‘best bit of news, to be honest’.

Of the three interviewees, he struck perhaps the most optimistic tone about the Green Homes Grant, even though he did have concerns about the time-consuming and not necessarily equally rewarding nature of providing detailed quotes upfront.

Brown viewed the Green Homes Grant as ‘thought out more’ and ‘definitely better’ than prior boiler-related schemes such as the 2010 boiler scrappage scheme.

He also thought that unlike previous home improvement schemes with a voucher system, the money available to be claimed would not run out within a couple of months.

An indirect element that concerned him was the current ‘confusing’ rules on VAT rates for materials for renewable installations such as biomass boilers. In autumn 2019, the system changed, partly due to EU rules, from a flat VAT rate of 5% to 5% for labour and 20% for materials if the materials took up more than 60% of the overall cost, unless the customer was over 60 or on qualifying benefits.

Noory, of Iraye Group Ltd, suggested as a way around the ‘unnecessary complications’ of the quotes process that the scheme could instead work on a simple capped price per type of installment, like solid floor insulation, process. Applicants would apply for the scheme knowing prior to being successful, the exact amount they could get.

When this idea was put to Adrian Brown, he emphasised strongly how the £5,000 and £10,000 grant limits were key to stoking interest for a £9-11,000 installment like air source heat pumps.

Kevin Fisk from K Fisk Plumbing and Heating Ltd was most critical of the scheme, describing it as ‘not fit for purpose’ and ‘not sure it ever will be’. He made it clear, though the scheme had been extended, as it stood, he ‘was not a fan’ of it.

The Bedford Independent put the issues raised with the scheme, to a Business, Energy and Industrial Strategy (BEIS) government spokesperson for comment.

It was also noted that six Green Homes Grant measures were not offered by any registered company within a 30 mile radius of Bedford Borough, the geographical limit on the scheme’s find an installer browser. 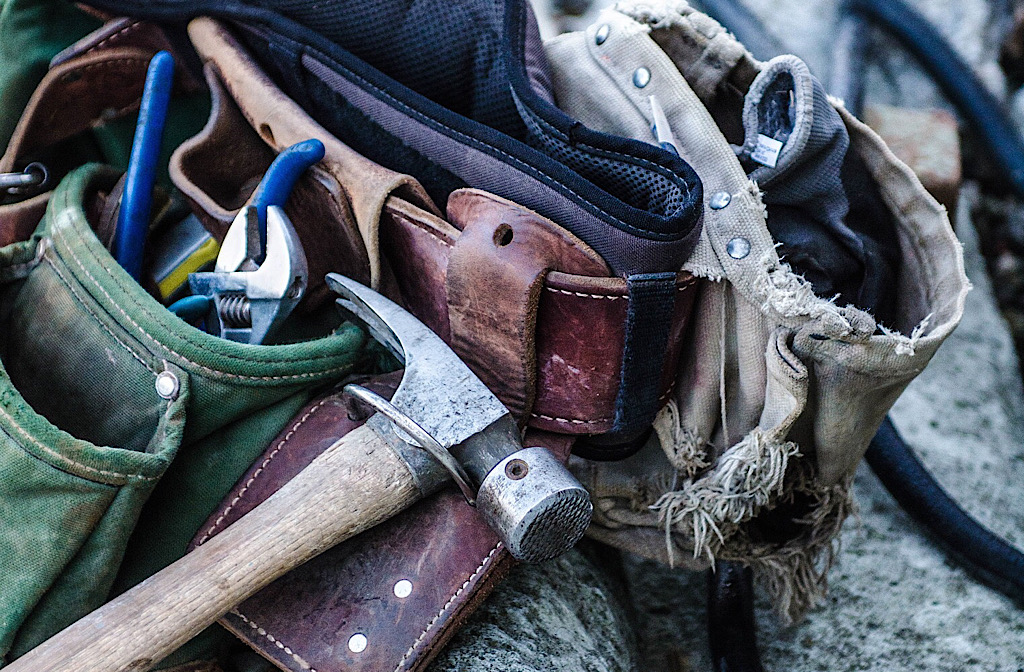 The BEIS spokesperson responded: “The Green Homes Grant will help 600,000 households save on their energy bills and help support 100,000 jobs as Britain builds back greener from the pandemic.

“More and more vouchers are being issued every day and there are over 1,200 installer companies registered with TrustMark – including businesses with capacity to carry out work right across the country.”

No figure for the total number of vouchers so far issued was provided, despite being requested. The spokesperson also added: “We have designed the application process to automate checks where possible and minimise the time taken for vouchers to be approved, while also ensuring applications are checked thoroughly for compliance with scheme rules.

“We are actively working with TrustMark providers and certification bodies to support installers to get certified as quickly as possible. This includes streamlining certification processes and halving the costs of accreditation for some PAS standards.