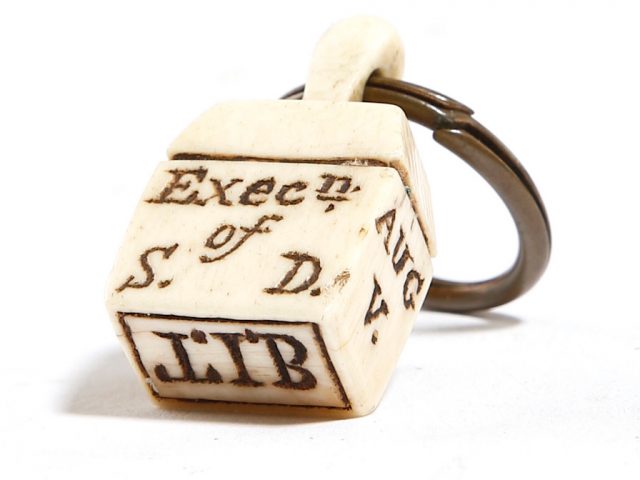 A grisly souvenir from the 19th century execution at Bedford Gaol of the UK’s first female serial killer has sold at auction in Salisbury for £2,250, nine times its pre-sale estimate.

The sale, to a private collector, comes 177 years after Sarah Dazley, known as ‘The Potton Poisoner’ (after the village in Bedfordfordshire where her last crime was committed) was hanged for the murder of her second husband, William Dazley.

Whilst the title of the first female serial killer is usually applied to the so-called ‘Dark Angel’, Mary Ann Cotton, it is likely that Dazley preceded her by some 30 years.

However, as she was never formally tried for the murder of her first husband and young son (Simeon and Jonah Mead), the title is Cotton’s on a technicality.

Judge Baron Alderson sentenced Sarah Dazley to death by hanging and she was executed on Saturday, 5 August 1843, at Bedford Gaol.

She was the only woman to be hanged at Bedford Gaol and was the last person to be publicly hanged there overall. 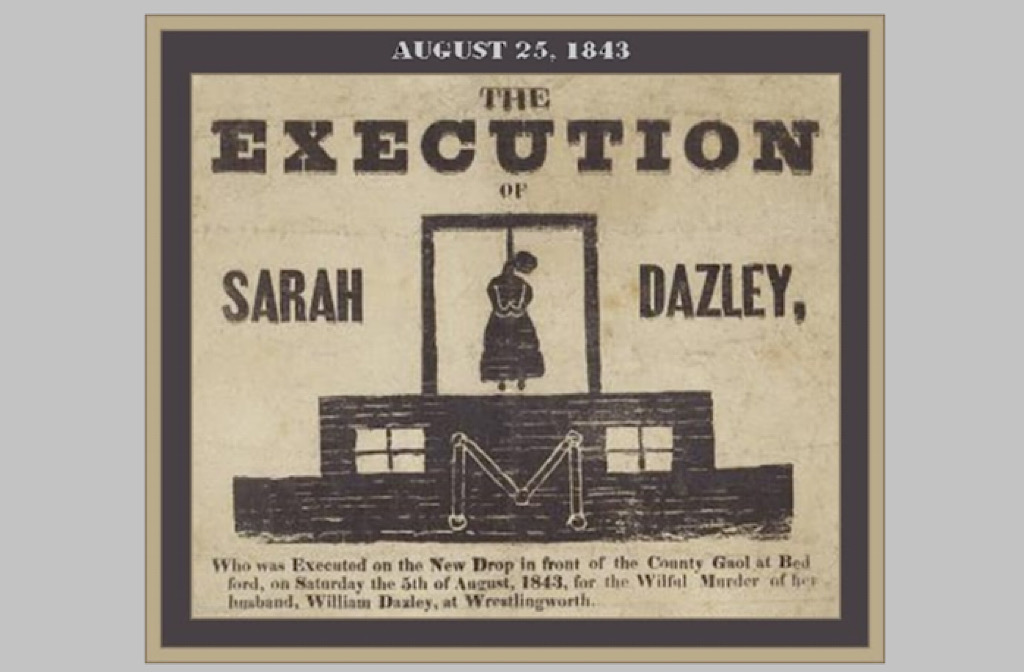 Thousands of people came to watch the execution, and she became known as the Potton Poisoner.

“Hers is a fascinating story,” explains Works of Art specialist at Woolley and Wallis, Mark Yuan-Richards.

“Sarah Dazley was promiscuous and neither of her marriages were happy ones. When William Dazley fell ill and died after a blazing row with his wife, village gossip suggested that she had murdered him, despite his death being officially attributed to an infection.

“Eventually a new inquest had to be opened, Dazley was exhumed and levels of white arsenic were found in his body.”

The findings meant that the bodies of Simeon and Jonah Mead were also exhumed. Traces of arsenic were also found in the body of little Jonah, but the evidence for Simeon was inconclusive.

The decision was taken not to add the charges to the existing investigation and Sarah Dazley was hanged for the single murder, despite near certainty that it was not the first she had committed.

“Dazley’s (on 5 August 1843) was no exception, especially with the notorious William Calcraft as her executioner.

The carved bone fob seal or ornament that featured in our auction was probably sold on the day of her execution, possibly to a gentleman who was perhaps involved in the investigation or maybe knew Dazley or her victims in some way.”

The seal, which is barely an inch high, is carved with the date and details of Dazley’s execution and with the legend ‘CP Mak’r’. The mirrored initials ‘TIB’ probably relate to the original purchaser of the trinket. Consigned from a private collection, the seal carried a pre-sale estimate of £200-300, but soared above that to reach a hammer price of £1,800 (£2,250 including buyer’s premium).

“Souvenirs of this type are rare survivals,” said Yuan-Richards. “Whilst they may have been reasonably plentiful in Victorian society, they are easily lost because of their size, and can obviously be considered rather macabre objects.

“However, they are fascinating items and collectors still retain a keen interest in notorious, historical criminals, which is probably what helped it achieve such an astonishing price.”

The lockdown project that saw one man run every street and...