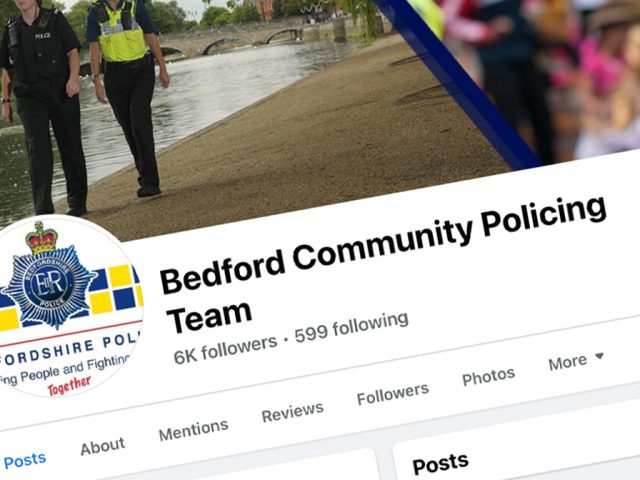 Superintendent Jaki Whittred, from Bedfordshire Police, told the Environment and Sustainable Communities Overview and Scrutiny Committee last week (March, 3) that one of community policing core priorities is engaging with communities.

“We have that real balance in community policing where we have to be able to listen to communities and respond to whatever those local issues are,” superintendent Whittred said.

“We can’t do everything,  but we need to hear them and allow them to have a voice in what those priorities are.

“But we have to balance it against some really difficult challenging organised crime issues.

“A key part of community policing is around engaging with communities and really understanding those local issues.

“Part of what we were trying to do, particularly through Covid but we are continuing with it now, is doing lots more online engagement using social media.

“Not just to post information, but to try and have some dialogue to really understand what those issues are affecting people.

“So we’re putting a lot of effort at the moment into upskilling our people to using social media a lot more effectively.

“It doesn’t mean to say that we’ll move away from traditional surgeries, there’s a need to do that as well, but we are just trying to reach more people and more diverse people and all different age groups through that.

Superintendent Whittred gave an example of an issue found via engagement through social media and wasn’t featured in the Force’s data – electric scooters.

“[This] wasn’t featuring as a major issue, but when we engaged with local people, particularly in the social media type engagement, local areas identified this as a local priority.

“It wouldn’t have shown up in the data, hence the importance of being able to hear what those issues are.

“It was a fascinating problem-solving piece, it was one of those that you’d describe maybe as Marmite, because you are either getting people saying ‘thank goodness you’re tackling this, there are real problems here people are in danger’.

“And you were getting other people saying ‘why are you criminalising people that are just trying to get to work’.

“Nonetheless, people were breaching legislation and we gave some focus to it and in line with what our local communities were asking us to do.

“We thought it was really important to tackle it that way, to educate people in the first instance,” she said.

Superintendent Whittred said the community teams are made up of police constables and police community support officers (PCSO).

"But in addition to those officers that work aligned to community policing in Bedford, we also have within the department other officers that are dedicated to dealing with local issues," she said.

The committee was told that policing demand had been creeping up.

"Unfortunately that's against a backdrop of reducing resources, albeit what we're experiencing now is an uplift the uplift program that you would have heard about," said Superintendent Whittred

"It does of course take them time to upskill to become really fully productive within their communities.

"You had some graphs early on that whilst in the Covid lockdown it would appear crime dropped in the borough, in the rural areas it only levelled out rather than dropped off," he said.

"Do you have a reason why that happened was that were you more visible in the town and you weren't out in the rural areas in the same way," he asked.

Superintendent Whittred said: "What we were doing was working closely with the borough, looking at the Covid hotspots.

"We had to totally reconfigure community business, we weren't working in the way that we used to.

"We were looking at some of those hot spot areas and doing some real physical policing.

"The pandemic experience was, from a community perspective, being able to be out and about because our sole focus was engaging/explaining around Covid.

"The one side of it [that] was positive - we've never been so visible," she said.