Ten dancers from Shackleton Primary have qualified for the finals of a national dance competition.

The school children, whose dance club is run by VyMy Dance and Fitness, triumphed in the Southern Qualifier on 27 February

The U Do It National Dance Championships have been running since 2008, with the aim of providing platforms and opportunities for academic schools which may not otherwise have access.

On the day, different age groups completed in either the Street Dance or Other Styles categories, with those placing in the top five going on to compete in the finals at Birmingham University on 25 June 2020.

VyMy Dance & Fitness director Nisha Vyas-Myall and dance teacher Jordan Semmens have been working with the group weekly for the last three months, helping them to develop and perform a routine on the subject of bullying and building yourself from within. Their Lyrical dance piece earned them fourth place in the qualifiers. 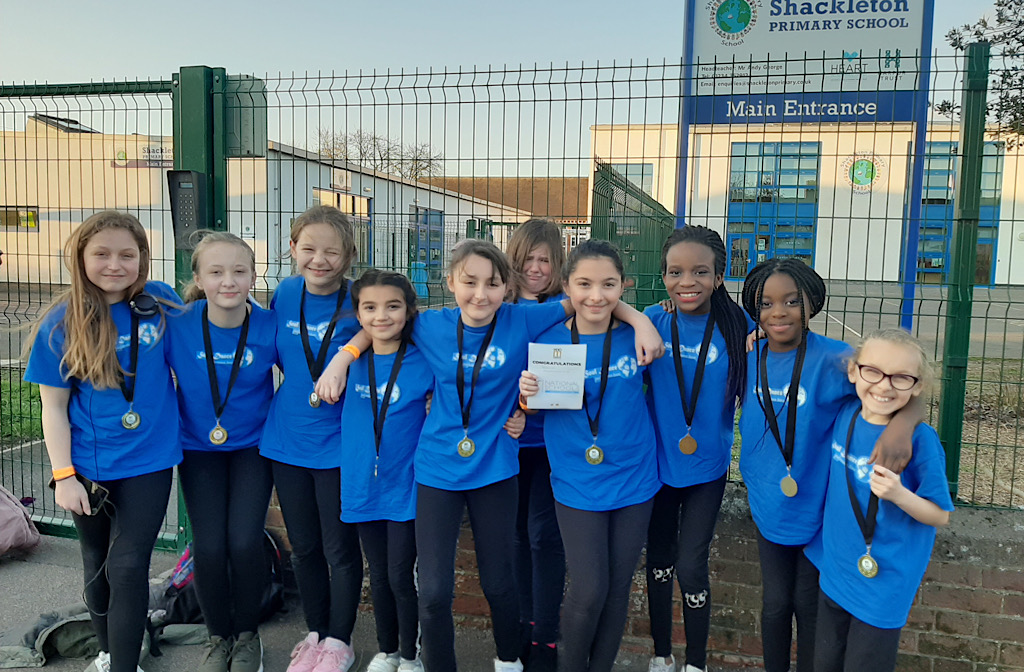 “These girls have performed as part of VyMy Dance several times since we started teaching at their school,” said Nisha.

“We invited them to join the competition team because of their dance ability and their wonderful energy. We are thrilled beyond words at their achievement, and we are so excited to see them through to the finals.”

The Shackleton Dance Team will be VyMy Dance’s second competing class, and the first from this school, all in Key Stage 2. The Southern Qualifier was their first ever competition, and their teachers expect it to be the first of many.

Andy George, Head Teacher at Shackleton Primary School said, “We are absolutely delighted that the Shackleton Dance Team are through to the finals of the U Do It UK National Schools Dance Championships.

“The hard work and effort invested in rehearsals reflects their commitment and enthusiasm and it’s fantastic that we can offer this extra-curricular opportunity with VyMy Dance & Fitness.”