The Secretary of State for Health and Social Care, Matt Hancock, was in Bedford this morning, campaigning with local Conservative candidates Ryan Henson and Nadine Dorries.

With less than a week until the election, all parties are keen to underline their commitment to the National Health Service.

The Bedford Independent met with Mr Hancock and we began by asking about how a Conservative government would address the shortfall in GP numbers and the problems patients face accessing primary care.

Three GP surgeries have closed in Bedford in recent years and many people face several weeks’ wait for a doctor’s appointment.

“I’m thrilled that in the manifesto we’re committed to hiring and training 6,000 more GPs and 6,000 other primary care clinical staff over the next five year. We’ve got to make sure Bedford gets its fair share of this increase.

“Prevention is better than cure and primary care is the bedrock of the NHS and we’ve got to make sure that we get access to primary care when people need it.

“We’re also improving access using technology; there’s been a huge rise in the number of people accessing their GP through the internet and over the phone, but GP services always need to be available face-to-face.

“Bedford is going to need a strong voice in Parliament to ensure it gets its fair share of new GPs.”

Secondly, we asked if a Conservative government would provide money for Bedford to replace its lost in-patient mental health beds.

“We’re increasing the amount of funding going into mental health. The Mental Health Trust is responsible for what happens to that money but I want to see more people getting mental health support faster and closer to home.

“There has been an increase in serious mental health conditions, especially amongst girls under the age of 24 and we’ve got to make sure that there are the beds available.

“The exact configuration of that is down to the local Mental Health Trust.”

With some patients waiting six months for a mental health talking therapy appointment, we asked what the party’s commitment to reducing these waiting times was.

“We’re going to introduce waiting time standards for mental health conditions in the same way there is for cancer treatment, or if you need an operation and A&E.

“80% of people that need a talking therapy get treatment within two weeks, so overall the response is fairly good, but there are cases that I have seen and heard of that are much longer than that and it’s not acceptable.

“More money will be going into mental health but also brining in a national standard to make sure those waiting times are brought down.”

There has been much talk – and a certain amount of confusion – surrounding the Conservative party’s commitment to increasing the number of nurses into the NHS. Mr Hancock confirmed to the Bedford Independent that the Tory party is committed to recriting 31,000 new nurses and to reinstating the Nurses’ Bursary.

“31,000 of those will be new hires and the aim is to encourage qualified nurses who have left the NHS to come back. The number of nurses will increase from 280,000 to 330,000 through a combination of those measures.

“For the new nurses, we are reintroducing the maintenance bursary to encourage more people to go into nursing.

“In Bedford there has been an increase in nurses since 2010 at the hospital of over 100, so we have made progress, but there’s clearly much more to do.

“Bedford Hospital is incredibly important to the NHS and the recent progress on the merger with Luton & Dunstable will strengthen it further.

“There is more investment going into the hospital and I was pleased to announce the funding of a new MRI scanner. There were fears in the past that Bedford Hospital would be downgraded, but that is not the case. Instead it will be strengthened.

“I put £99m into Luton and Bedford as a whole to help the merger go through and how that money is split over the two sites is up to the new trust.

“I didn’t have any lobbying from the current Bedford MP [Mohammad Yasin] on that and I think that one of the advantages of electing Ryan, you’d have a strong voice for Bedford who’d be able to make the case for that investment to be shared more fairly between Bedford and Luton.”

The Bedford Independent put this allegation to Mr Yasin who said, “As local residents know, Bedford Hospital has always been a priority for me as MP for Bedford and Kempston.

“Therefore imagine my surprise and disappointment to have been accused by the Tories of failing to lobby them over funding for Bedford Hospital.

“We live in quite astonishing times when the Secretary of State for Health and Social Care can lie about others to win votes. But then again, he is led by a politician no stranger to lying to score political points, Boris Johnson.

“I have questioned the Prime Minister Boris Johnson on his very first day in the job about this very matter at PMQs to discuss the issue of funding for Bedford Hospital. To suggest otherwise seems disingenuous at best from Mr. Hancock.

Today I took the opportunity to seek more detail about which 20 hospitals would benefit from the upgrades Boris Johnson promised on day one of his Premiership. As with his policy announcement on social care, there is scant detail and no information about how he plans to deliver it; where they will take place, what they will be worth and where the money is coming from to pay for them.His response on funding for Bedford Hospital was predictably non-committal but it won’t be the last time I ask him and his Government to give our hospital the funding it desperately needs.

“This Government has consistently let Bedford health services down. Whether its GP waiting times, attempting to close Putnoe Walk-in Centre or failing to secure the future of Bedford Hospital, Bedford residents know exactly who is to blame and will not be deceived by lies to convince them otherwise.”

Despite the NHS being a key election topic, Bedford and Kempston’s candidate, Ryan Henson confirmed that Brexit was still at the top of the agenda.

“Brexit is the number one priority with people I speak to on the doorstep,” he said.

“Closely followed by the NHS. It’s fantastic to be a Conservative candidate and stand on a platform of record investment in the health service; it’s something I’m really proud of. When I’m on the doorstep and talk to people about the NHS we have a good conversation.

“People are exasperated about Brexit.

“With the NHS, some of the progress has been held up because it’s needed legislation through Parliament, and Parliament has been bunged up with Brexit.” 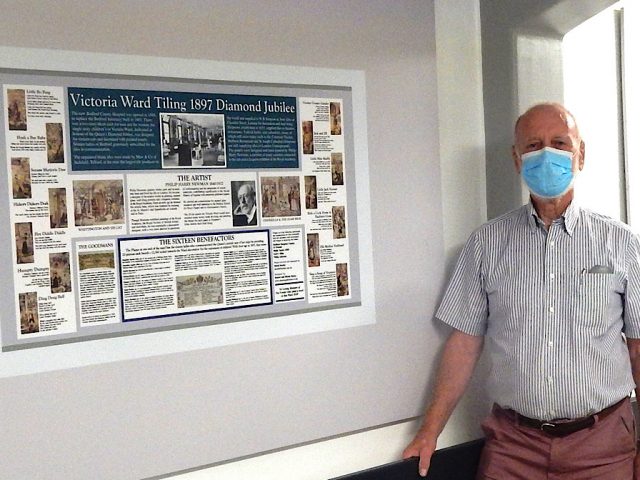