The Sunday Times best-selling author (and Bedford resident), Ruth Hogan is hosting readings and book signing sessions at the Eagle Bookshop this Saturday to launch her latest novel.

Queenie Malone’s Paradise Hotel is Ruth’s third book, following in the best-selling footsteps of The Keeper of Lost Things and The Wisdom of Sally Red Shoes.

Eagle Bookshop owner, Peter Budek, has long been a supporter of Ruth’s and is delighted to host the event. “Peter and I were writing buddies for a long time,” said Ruth. “We’d offer support and critique each others’ work. Those writing sessions were invaluable and the basis for my first novel.”

The Keeper of Lost Things was published in 2016 and went on to sell over 1 million copies in over 32 territories. It was championed by Richard Madeley and Judy Finnegan when they chose it as one of their high-profile Book Club selections.

“The Richard and Judy effect was huge,” said Ruth. “I’m so grateful to them. As well as being chosen as a Book Club selection, Keeper of Lost Things also won their readers’ vote, so it got two bites of the cherry.”

Despite now being a best-seller, with three books under her belt and two more in the pipe-line, Ruth admits she still doesn’t feel like a proper author.  “At a recent awards ceremony I had to make an acceptance speech. I just said that I wake up every single day feeling so lucky for what I do. It’s such a privilege for me, and receiving reader feedback is amazing.”

Ruth’s latest novel, Queenie Malone’s Paradise Hotel, is set in Brighton and was, says Ruth, inspired in part by the Lee Evans film ‘Funny Bones‘ which is also has a seaside setting.

“My book is full of larger-than-life characters, so Brighton was the perfect location. Anything goes in Brighton!”

The book centres around Tilly, a bright, outgoing little girl who loved fizzy drinks, swear words, fish fingers and Catholic churches, but most of all she loved living in Brighton in Queenie Malone’s magnificent Paradise Hotel with its endearing and loving family of misfits – staff and guests alike.

But Tilly’s childhood was shattered when her mother sent her away from the only home she’d ever loved to boarding school with little explanation and no warning. Now, Tilda has grown into an independent woman still damaged by her mother’s unaccountable cruelty. Wary of people, her only friend is her dog, Eli.

When her mother dies, Tilda goes back to Brighton and with the help of her beloved Queenie sets about unravelling the mystery of her exile from The Paradise Hotel and discovers that her mother was not the woman she thought she knew at all …

Ruth will be reading and signing copies of Queenie Malones Paradise Hotel at 11am and 2.30pm at the Eagle Bookshop on Saturday 23 February. 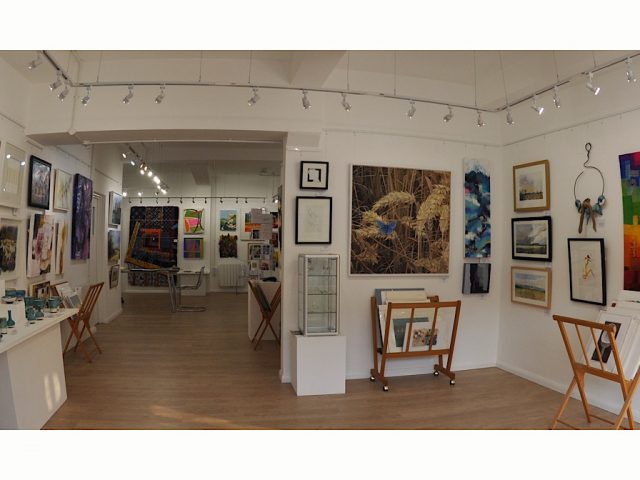