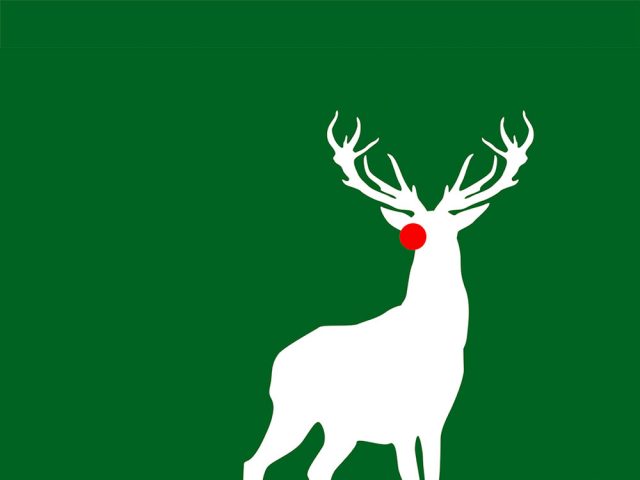 Rudolph the Red Nosed Reindeer is one of our favourite Christmas Songs, but did you know Rudolph was created for a marketing campaign in 1939, 10 years before the song, and his red nose was originally rejected?

Here’s the story behind “the most famous reindeer of all”.

Every year, a chain of US department stores called Montgomery Ward would buy thousands of colouring books to give away at Christmas. It was a successful marketing tactic that brought thousands of customers into their stores, especially the toy department, but it was also expensive. They wanted to cut costs so, in 1939, asked their in-house advertising copywriter, Robert L May, to come up with a Christmas giveaway. The brief was fairly simple: It had to appeal to children & adults, and be about an animal.

For inspiration, Robert L May drew on his own 4 year old daughter. She liked the deer at the zoo, and reindeer pull Santa’s sleigh, so that was a start; Robert had been shy as a child, and other children would exclude him from their games so he liked the idea of an unpopular reindeer who wins in the end; After toying with the names Rollo & Reginald, he settled on the name Rudolph. Piece by piece the idea was taking shape.

Then, one foggy day, he was looking out of his office window and could see nothing except for some lights in the distance. Those lights were the inspiration for Rudolph’s iconic red nose that would guide Santa’s sleigh. Brilliant! But there was a problem. In the 1930’s, a red nose was associated with chronic alcoholism and drunkenness, and Rudolph’s defining feature was rejected by his bosses until they were eventually won over by illustrator Denver Gillen’s cute character designs for Red Nosed Reindeer.

The copyright for the poem was owned by Montgomery Ward but, in 1947, the president of the company, Sewell Avery, handed over the copyright to May for free. This quickly led to a successful spoken-word recording, and a best selling book.

It wasn’t until 1948 that Robert L May’s poem was adapted into the song that most of us know today. It was Robert’s brother-in-law, Johnny Marks who adapted it and added the introduction:

“You know Dasher and Dancer and Prancer and Vixen, Comet and Cupid and Donner and Blitzen, but do you recall the most famous reindeer of all?”

This was a reference to Clement Clarke Moore’s poem, A Visit from St. Nicholas, which was much better known at the time than Rudolph, and was a bit of brand association.

The song version of Rudolph the Red Nosed Reindeer was first released as a single by Gene Autry in 1949 and reached No. 1 in the US Charts, eventually selling a total of 12.5 million copies. Marks went on to write a sequel, Run Rudolph Run, that was popularized by Chuck Berry and he also penned the Christmas classic Rockin’ Around the Christmas Tree, originally recorded by Brenda Lee.

There’s a lot more to the story of the low-paid advertising copywriter, Robert L May, including the effect of the Great Depression on his life, the sad death of his wife Evelyn, his fondness for limericks and children’s stories (and much more) that’s all well worth a Google, but I’ll leave you with this:

Some people claim there’s another reindeer mentioned in the song who was mean to poor Rudolph. Her name was Olive. Olive, the other reindeer, used to laugh and call him names.

This article was brought to you by the people at Narrative Industries, a Bedford-based web agency providing enterprise-level digital services. We know it isn’t the usual approach to advertorial, but it’s Christmas.