Kempston Rovers were soundly beaten by a slick Halesowen side with two goals in each half, as the title favourites completed a league double over Kempston Rovers with a thorough performance at The Grove.

Rovers named two debutants in their line-up in keeper Connor Coulson and full back Cade Stephens-Abbey, both recently signed from neighbours Bedford Town.

Early sights of goal from Manning and Evans failed to test Coulson, but the new Walnuts keeper was in the thick of it midway through the half, forced into a magnificent save from Manning, with Cobourne’s follow up blocked by Stefan Bailey.

The deadlock was broken by Cobourne however, getting a toe to a Manning cross on twenty five minutes. The same player doubled the lead after the half hour, pouncing on a mistake from Bailey, who was subbed with an injury before the break.

The second half followed the pattern of the first, with Halesowen on top and pressing for more goals.

Coulson was in spectacular form to deny a header, then block Cobourne’s hat-trick chance before a splendid double save to keep the score at two nil.

With fifteen minutes to go however, he was powerless to prevent a third goal for the hosts, Robbie Bunn scoring with the aid of a deflection, with Halesowen skipper Paul McCone completed the scoring with a header.

Despite Rovers’ struggles, Halesowen are the only side in the top three not to lose at home to Kempston this season.

The result keeps the hosts firmly in title contention in addition to their phenomenal FA Trophy progress, while Rovers remain second bottom, thirteen points ahead of Wantage with ten games to play.

Elsewhere, Kempston’s reserve side booked a second cup final place of the season, qualifying for the Bedfordshire Intermediate Cup final with a resounding 6-0 win away at Potton, made all the more remarkable given that all six goals were scored after Rovers Reserves went down to ten men. 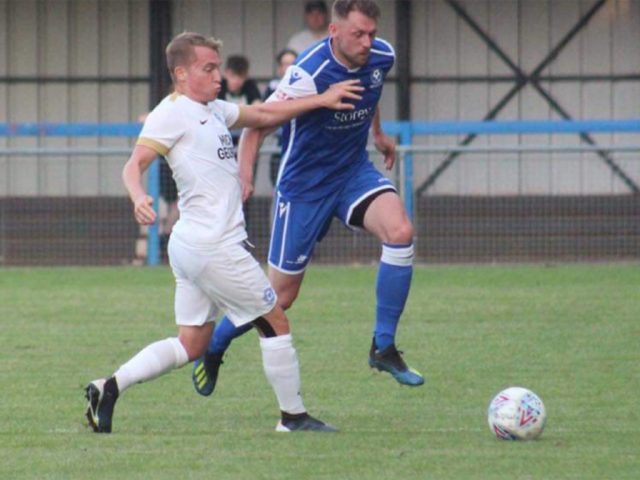