Cyclist Josh Quigley, who is embarking on a round-the-world bike ride, received a £75 fine from a Bedford enforcement officer for cycling through the town centre this week.

After suffering from depression, and attempting to take his own life in 2015, Josh took to cycling as a way to improve his mental health. This led to his first attempt to cycle round the world in 2016 to raise awareness of mental health issues.

He covered 10,000 miles, visited 14 countries and cycling had ‘saved his life.’ He returned home the happiest he’d ever been, but fell into a depression again after struggling to readjust to life back home.

Josh began his second round-the-world attempt on 4 February, leaving his home in Livingstone and heading for London via Bedford.

“I don’t consider myself a proper cyclist,” Josh told the Bedford Independent. “I don’t know all the rules and regulations, I just know that cycling makes me happy.

“I was cycling through Bedford and stopped at a Tesco to get something to eat. I got back on my bike and was cycling at walking pace through the town centre when I was stopped by a council officer. He asked me to get off my bike and if I had any ID. I didn’t argue; just got off my bike and handed over my passport. 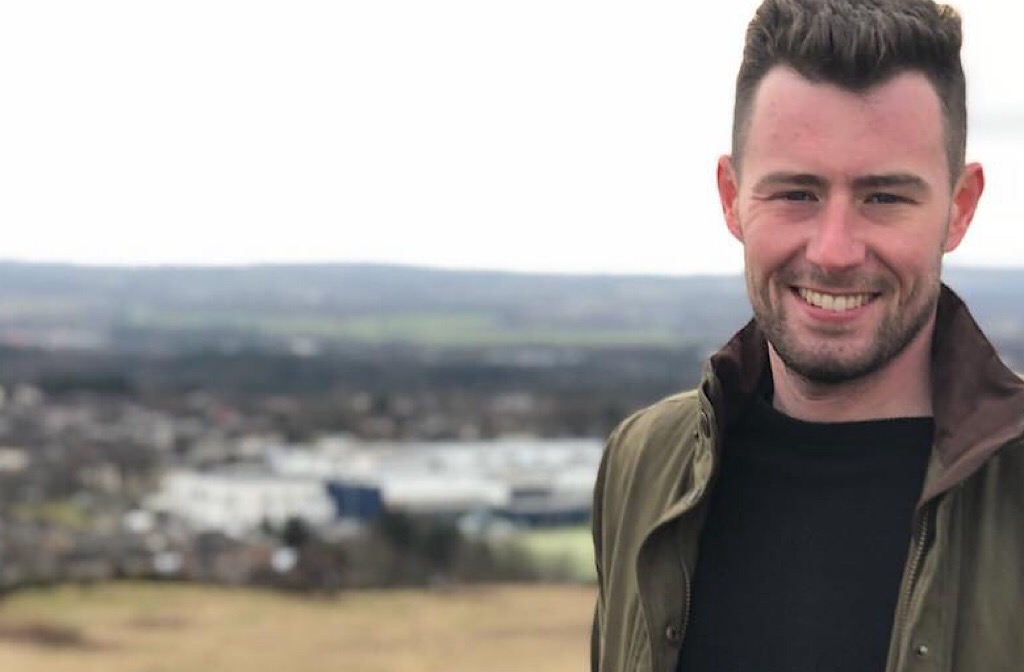 “Next thing, he handed me a ticket, saying that cycling is not allowed in Bedford town centre between 9am and 5pm.

“It’s totally cool to not cycle through town, I don’t disagree with that. But as someone not aware of the rules, a ‘telling  off’ would be more appropriate. I explained I was from out of the area, but there was no compassion, no empathy.

“I didn’t get an explantation, just an on-the-spot £75 fine.

“To be honest, it was a good experience because I’ll now be more aware of the rules. But a £75 fine is too much.”

“£75 is an outrageous amount,” he said. “But this also points to a wider issue. The attitude towards cycling in this country is appalling. The government want to inspire people to get out and be active, but there are too many barriers in their way. We need to change mindsets around cycling, not discourage people.”

A Borough Council spokesperson said “We encourage cycling in Bedford as a green method of transport and a great way to keep fit, with numerous cycle routes and cycle paths across the Borough.

“However, cycling in Bedford town centre is a major concern for local residents following collisions with cyclists and reports of injuries. The Council was asked by shoppers and businesses to introduce a restriction on cycling in the town centre to keep pedestrians safe.

“We have this restriction in place to help keep pedestrians safe whilst visiting Bedford and this is reducing the number of offenders. Anybody who does not agree that a fine should have been issued can decide to have the case heard in court.

“If anyone is aware of any mitigating factors for why a fine should not have been issued, we would encourage them to contact the Council and this will be looked into on a case-by-case basis.”

The next stage of Josh’s journey takes him from London to Istanbul. You can follow his progress at www.joshquigley92.com, on twitter @joshquigley92