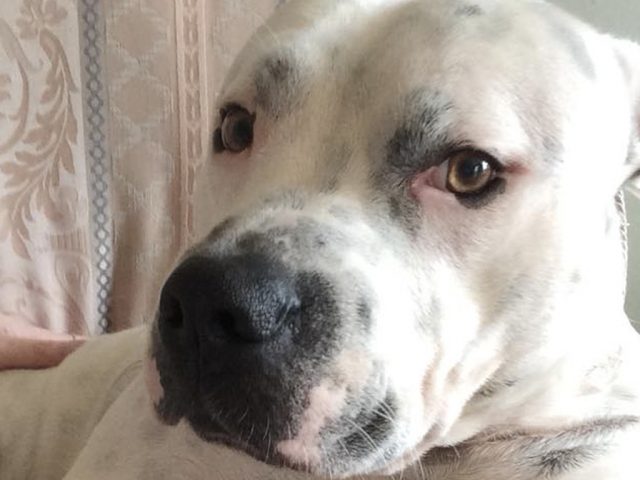 Missing Bedford dog, Kemo, is featuring on a slide show of missing pets during the UK tour of 1970s rock band ‘Hawkwind’.

The ‘space rockers’ are showing a slide show of Lost & Stolen dogs, helping DogLost, an organisation that helps raise awareness of the missing four legged loved ones.

Kemo featured on the screen at the Corn Exchange in Cambridge on Sunday night (17 November).

Hawkwind tour manager Kris Brock said the band are all animal lovers and keen to raise the profile of missing pets. 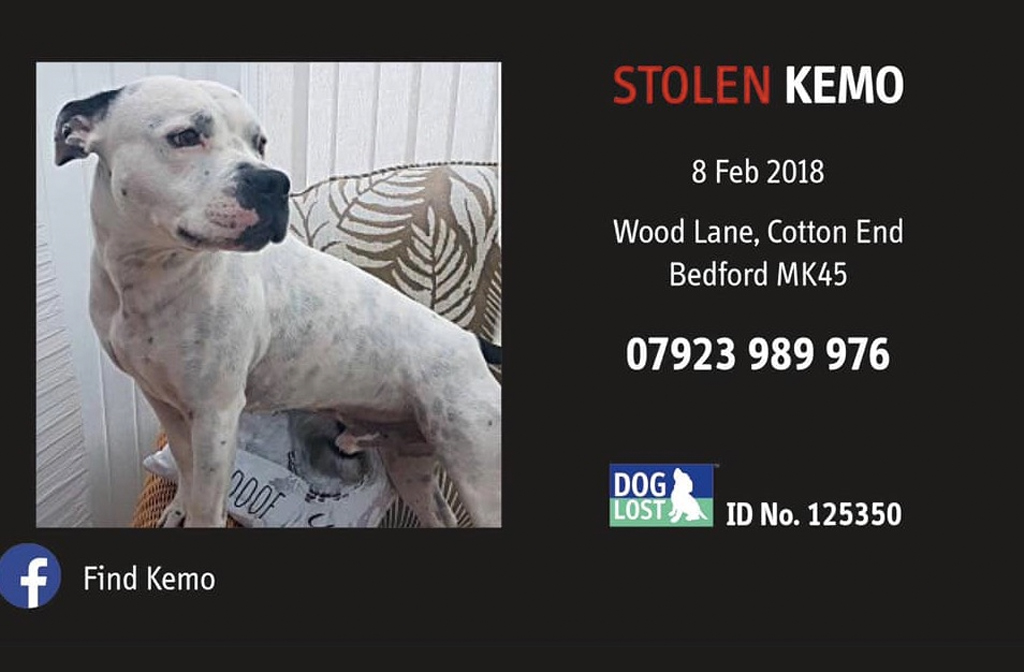 Speaking to the Perth and Kinross Courier earlier on in their tour, she said: “Hawkwind support a lot of animal charities, including DogLost, and we all love dogs.

“In the past they have come to us with leaflets and we have handed them out at shows but this time we though we have a big 20×30 projection screen that we use for shows so why don’t we use that?

“It is heart-breaking looking at it every night but if we can even help find one dog that would be brilliant.”

He is a white Staffordshire bull terrier with black distinctive markings. Particularly a black band at the base of his tail. 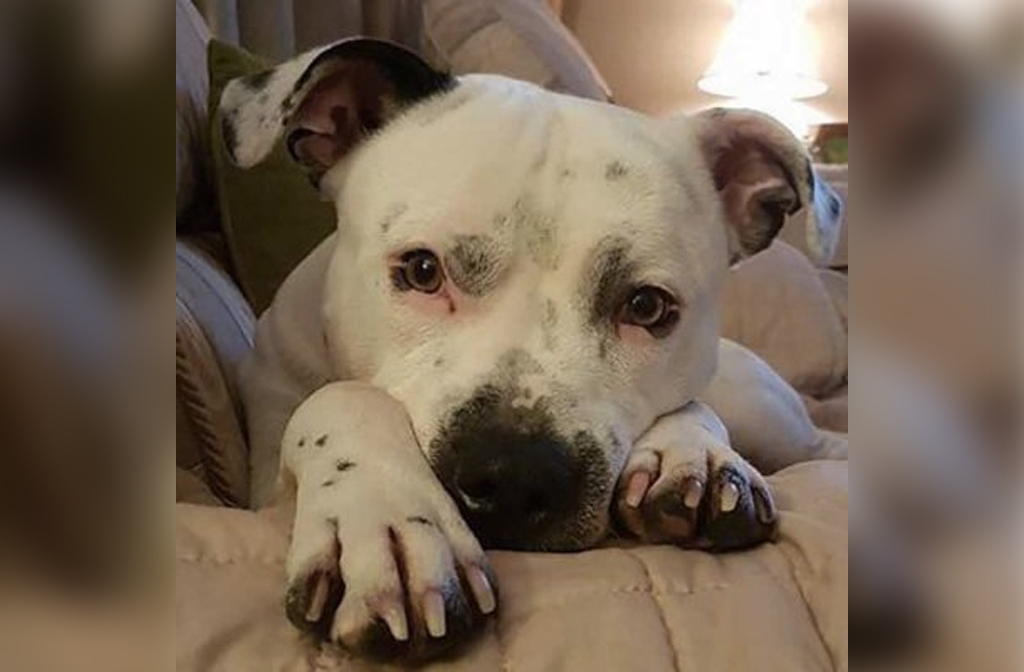 While there have been some possible sightings he is still missed hugely by his family.

Kemo also the mascot for missing dogs for the Bedford Independent.

Hawkwind are said to be one of the earliest ‘space rock’ groups, but also including hard rock, progressive rock and psychedelic rock in their style

The only original member is founder, singer, songwriter and guitarist Dave Brock.