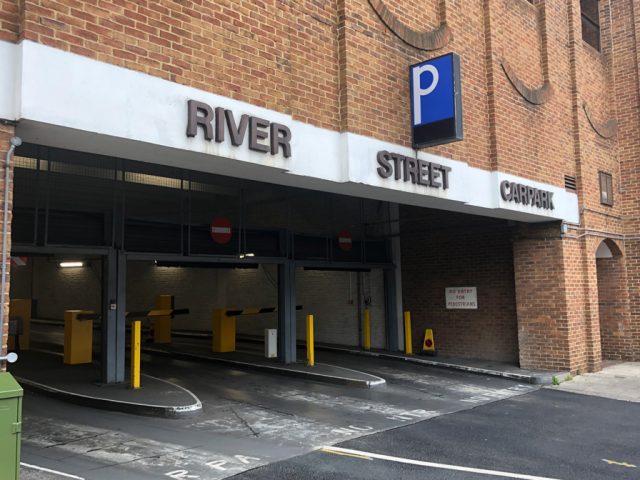 Part of the recent road-works in River Street has seen the relocation of the bus lane. Instead of going from Midland Road to the car park entrance it now goes from the car park to the roundabout at the junction with Horne Lane.

As a result cars leaving the car park now have to turn right at the new mini-roundabout rather than left as previously.

I think the signage for this new bit of bus lane is totally inadequate. For a start the road surface is black, unlike the old lane and the bit in Horne Lane.

Secondly, the vertical sign is distinctly above eye-level as you pull out of the car park so not readily visible for a car driver who will have been looking right to see any approaching traffic.

Thirdly, the markings on the ground at the beginning of the bus lane are so near the beginning that they are liable to be obscured by the bonnet of a car whose driver has seen the road to be clear to their right and so thinks it safe to proceed.

In short once camera enforcement starts the fines are likely to stack up. In the past adjudicators and the courts have acted to quash fines where the signage has been inadequate. Is the Borough going to be the subject of similar cases, and having to pick up the associated expense?