A Bedford-based fashion brand got an unexpected boost yesterday (13 Jun) when it was featured on Chris Evans’ show on Virgin Radio.

Amber Reeson, owner of Neon Marl, woke up at 6.50am to a barrage of messages from friends telling her that the breakfast show host was talking about one of her sweatshirt designs.

The rainbow sweatshirt was worn by Virgin Radio’s newsreader, Rachel Horne, and prompted Chris to comment on it.

“My friend rang me to say they were talking about my sweatshirt,” said Amber. “And they didn’t just quickly mention it, they kept talking about it.

“Chris was wearing a CarFest sweatshirt, so they put a poll on their Instagram stories, asking listeners to vote for whose sweatshirt was the best, Rachel’s or Chris’. Mine won!” 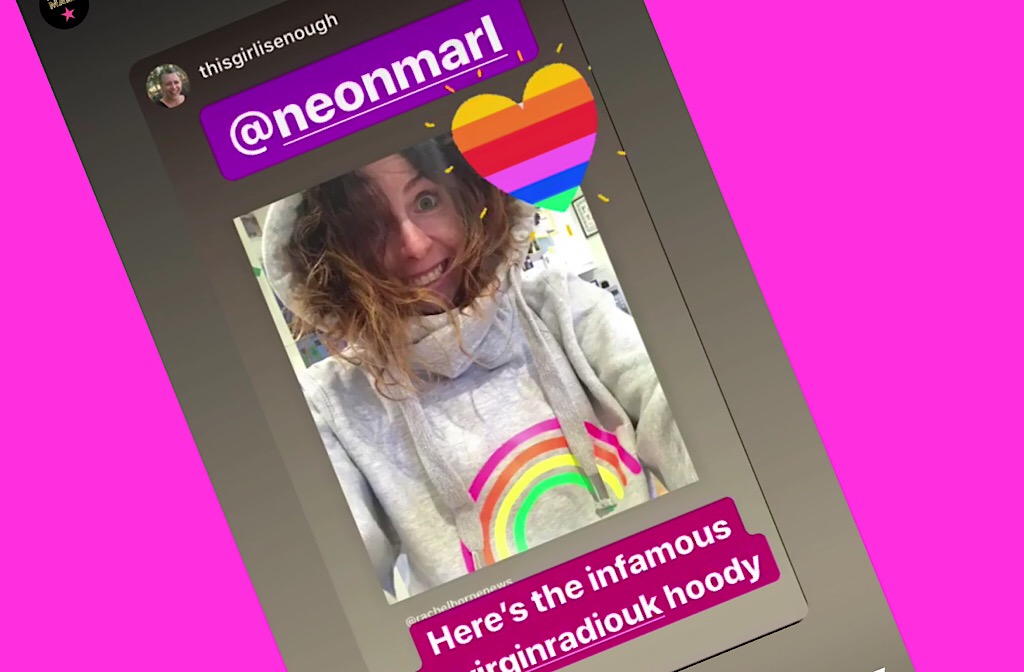 Amber decided to take the bull by the horns and called the station to speak to Chris Evans.  She left her contact details, and five minutes later, Chris called her back.

“We had a chat about the brand and where I’m based. Then we were talking about Instagram followers. At the time, I had around 8,000 that I’ve built up since launching in 2016.

“By the time the conversation was over, it had risen to 17,000. It’s incredible. I took 750 orders yesterday – that’s a year’s worth of orders in just one day.”

Amber set up Neon Marl in November 2016 and currently has ten wholesale outlets as well as selling her products on line.

“This exposure has changed my business overnight,” said Amber. “It’s overwhelming and the support I’ve had from friends and the Instagram community has been amazing.

“As a small brand you feel screwed by social media influencers who charge to be seen wearing or talking about your product.

“This is such a genuine and amazing opportunity for me and will allow me to take Neon Marl to the next level.”

Amber works from her home studio in Clapham and has been inundated with offers from friends to help her meet the unprecedented orders.

“My dream is to see a stranger walking down the street, wearing my brand,” said Amber.

We’ve got a feeling it’s not going to be long before that dream comes true.

Amber wasn’t the only Bedfordian legend getting a shout-out on the radio yesterday morning.

Over on the BBC 6Music breakfast show, the IT Crowd’s Matt Berry was singing the praises of Esquires in an interview with Lauren Laverne, having been to see Gaz Coombes at the venue on Wednesday night.

“Esquires is the first music venue I went to, cos I’m from Bedford,” said Matt.  “The actual venue isn’t much bigger than this room…”

Lauren then went on to read out a tweet from Esquires: 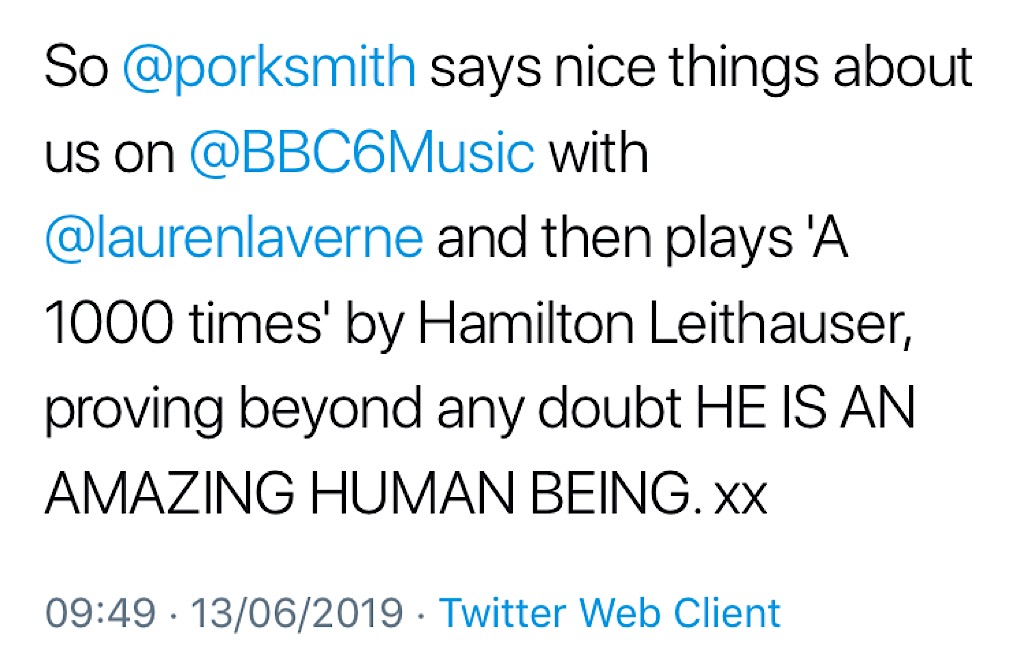