Young people taking part in Queen’s Park Community Organisation’s (QPCO) Young Ambassador programme have released a new song describing how they have struggled during the pandemic.

‘Smile’ took shape when producers Luke Masih and Sonny Masih from Luma Sounds hosted a session on writing and producing music as part of the program.

The QPCO Young Ambassador programme works with young people who don’t usually put themselves forward for groups and schemes outside of school.

Over the last five months, they then delivered taster sessions with a blended approach to learning new skills and meeting different and exciting guest speakers.

Young people were also given a space to express themselves and came up with a project that they could do as a team.

The programme started as pandemic restrictions were being lifted and discussing how the pandemic had a huge impact on young people’s lives came to the forefront of the sessions.

Mental health quickly became a big topic that young people wanted to cover, with one young ambassador saying, “before COVID, I did not know what mental health was.”

During the workshops, they had some input from guests like Dr Jolel Miah, founder of mental health charity Our Minds Matter. 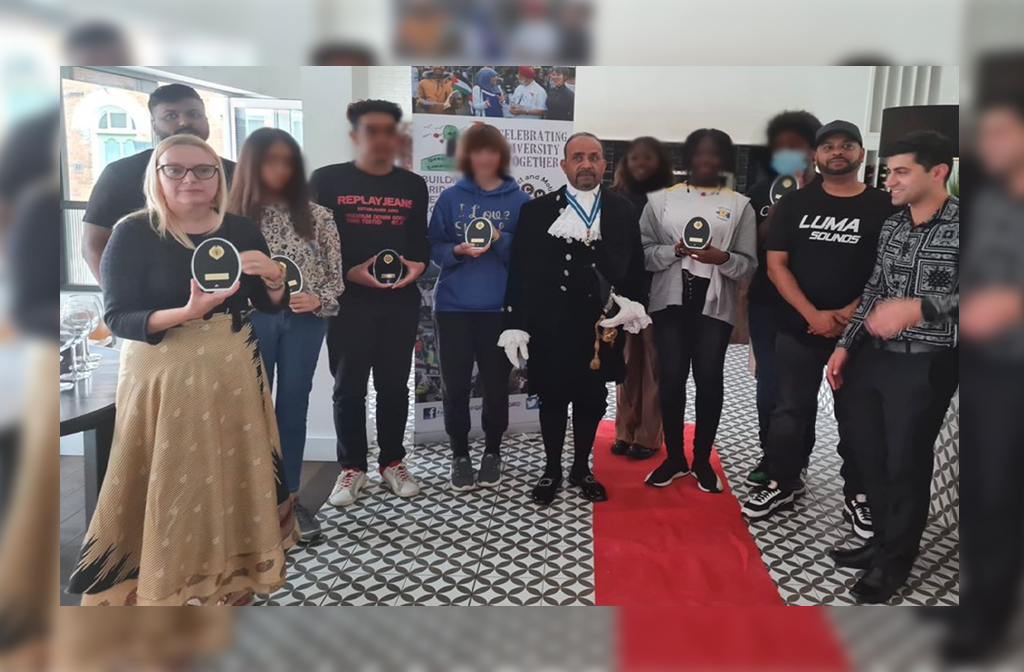 Jolel has been leading campaigns on Health inequalities all his life and left school with no qualifications but has since gained a PHD in psychology.

“He was a great inspiration to young people,” said QPCO secretary Marie-Ange Comerford-Raillon.

However, the project took shape when Luke Masih and Sonny Masih from Luma sounds hosted a session on writing and producing music.

The group was hooked and the young ambassadors wrote a song called ‘Smile’ which is aimed at all young people in the UK who struggled during the pandemic.

The track will be shared widely on social media, in schools and with local radio stations. You can also listen to ‘Smile’ on SoundCloud.

The group has already taken the song to Mark Rutherford school assembly for years 11, 12 and 13 and its hoped will act as a conversation starter for young people.

Organisers say there has already been a positive response to the song, with many of them contacting QPCO to be part of the next project.

“This was our first young people project that we were running, and the pandemic did not make it easy for us, but in the end it was worthwhile,” said Marie-Ange.

“Young people in Bedford needs a voice and the project tried to address this.”

As part of their work, QPCO wants to see youth spaces opening lead and run by young people.

“The young Ambassadors kept reminding us there is a limited amount of places to go to in Bedford just to hang out with friends.

“We need to invest time and money in young people, they are our future,” added Marie-Ange.

As a result of the project, a mentoring programme has also been designed to match young people with individual mentors who will help them find opportunities in their chosen fields.

“I’d like to add a big thank you to Anita Powell for delivering the project, Sarah Stevens from the Community safety team who gave us a home for five months, and Bedfordshire Luton Community Foundation for funding us via the Will campaign,” she said.

One of the young ambassadors also wanted to add their thanks: “Thank you for having us. I have honestly really enjoyed this course and meeting new people and getting to know everyone.

“Yesterday I was thinking about it, and it was actually very upsetting knowing that I won’t be seeing all you amazing people every week. But it’s ok, at least we have all had a good time.”