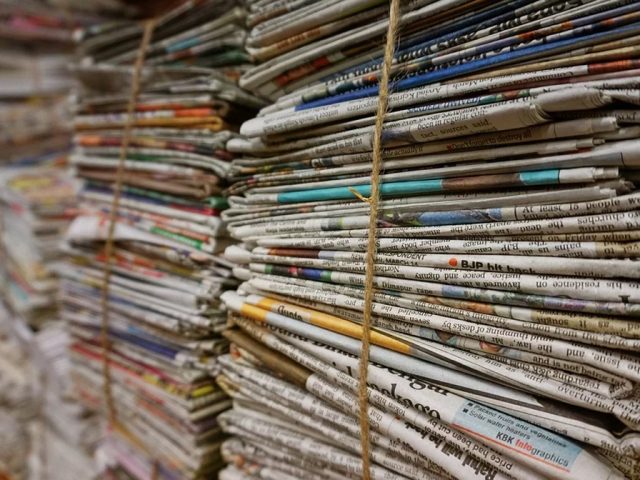 Press regulator, IMPRESS and the Public Interest News Foundation have urged the Government to speed up its efforts to support independent news publishers, such as the Bedford Independent, and their audiences.

The Bedford Independent is among many hundreds of local websites and publications delivering much-needed factual news in areas where traditional local papers are in decline.

It has been regulated by IMPRESS from day one, recognising that to be a trusted source of news, publications must adhere to a code of conduct that promotes transparency and accuracy.

Now, the Public Interest News Foundation will support journalism in the UK that follows high ethical standards and drives citizenship, community development and other charitable outcomes through programmes and grants.

It hopes to raise funds from a wide range of sources.

The death of print

Just three years ago, Bedford was served by the Bedfordshire on Sunday (BoS) and weekly Times & Citizen newspapers.

The Times & Citizen – published by troubled JPI media – closed its Bedford office in 2015, relocating its remaining editorial team to Bletchley.

Recently, it lost the last of its full-time journalists and the editor oversees a staggering 19 other titles.

High overheads and diminishing advertising revenue have seen distribution of the Times & Citizen dwindle to under 22,000, according to the latest JICREG figures.

By contrast, the Bedford Independent is now the most read news source in Bedford Borough with 105,000 unique monthly readers.

Jo Adetunji, a founding Trustee of the Public Interest News Foundation, said: “While the Government has said it will not take forward the recommendation of the Cairncross Review to establish an Institute for Public Interest News, it is clear there is scope for the sector to continue to pursue this collaborative agenda.

“The Public Interest News Foundation was set up to strengthen the capacity of independent news publishers, so they can better engage communities, exchange ideas and build both infrastructure and sustainability, with a shared approach to high ethical standards.

“We need independent news to have this recognition and support, because supporting the failing larger publishers is throwing good money after bad,” he said.

“If this continues, then the recommendations of the Cairncross Review will fail, independent media will not survive, and we’ll be back at square one.”

Jonathan Heawood, CEO of IMPRESS, said: ‘The Government is making all the right noises, but we need deeper and faster support for independent publishers.

“Without serious investment, now, the independent sector will struggle to survive. But with the right support, the Government can help ensure a new era for high-quality public interest journalism in the UK.’

The Government rejected Dame Frances Cairncross’s proposed Institute for Public Interest News, saying that “it is not for the Government to define what qualifies as ‘public interest’ news.”

Bedford and Kempston MP, Mohammad Yasin has also added his thoughts: “I have long been concerned about the lack of media plurality in the UK.

“Regional news services have been decimated and independent news publishers struggle to compete in a market which is monopolised by a handful of extremely wealthy media barons.

“Independent, local and regional news  plays a vital role in our democracy and community – without it, many local issues would never be raised.

“I’m therefore sorry to see the Government has rejected a number of important  proposals in the Cairncross Review, for instance  to extend charitable status to many struggling local news outlets.

“It is wrong that such a small number of national news outlets have so much control over the political agenda, the public policy debate and have so much influence over political decision making.

“We must fight for a free, but responsible press that cherishes and supports independent regional news which gives local people a voice in society.”

We contacted MP for North East Bedfordshire, Richard Fuller for comment but had not received a response at the time of publication.

The founding Trustees of the Public Interest News Foundation are Jo Adetunji, Deputy Editor of The Conversation UK and a member of the Cairncross Review Advisory Group; Lord Inglewood, former Chair of the Cumbrian News Group; and Patrick Swaffer, President of the BBFC.