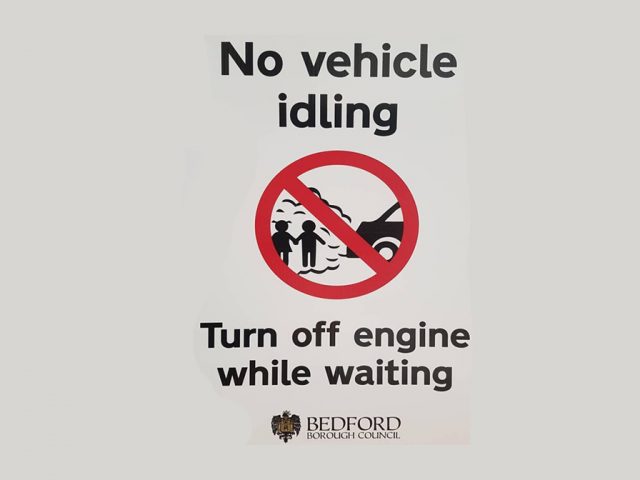 Parents idling their cars on the school run are not only causing a nuisance to residents, they are ‘poisoning’ their children, a meeting heard.

It added that vehicle exhaust fumes contain many pollutants that are linked to asthma and other lung diseases, allergies, heart disease, cancer and other health problems.

Councillor Lucy Bywater (Green, Castle Ward) said, “I don’t believe parents want to poison their children or anyone else. But a lot of them are basically causing harm [by idling].”

Air quality monitoring equipment is being installed across the Borough, initially to get a baseline of the current emission levels. The data can then be used to identify any benefits from schemes to increase the use of sustainable transport.

Cllr Bywater wondered if the data would be accessible to parents to help reinforce the anti-idling message.

Matthew D’Archambaud, chief officer, Highways, Transport & Engineering at Bedford Borough said: “We will be looking at the potential to interface our air quality monitors onto the urban traffic management control system, so that we will be able to publish that data.”

“This has been a problem in my ward since I was first elected,” he said. “The residents that live near the school have continuously complained to me about the noise and air pollution caused by parents waiting outside the school to pick up their children.”

Councillor Bywater added that it is not just parents leaving vehicles idling. “It’s also bus drivers who leave engines to idle, even though their bosses will tell them not to.

“[Idling] is the habit that we need to change.”

An anti-idling campaign near Borough schools was announced earlier this year.