A poetry plaque in honour of Captain Tom Moore has been unveiled at the 100-year-old’s local station, Millbrook, in Bedfordshire.

And Bedford residents will soon be able to view the plaque, when London Northwestern Railway resume rail services on the Marston Vale Line between Bedford and Bletchley from Monday 24 August.

The plaque, at Millbrook station on the Marston Vale Line, acknowledges Captain Tom’s remarkable efforts in raising more than £32million for NHS charities throughout the coronavirus pandemic crisis.

The poem was written by Mick Child, a caseworker for the Social Prescribing Service at the Bedfordshire Rural Communities Charity.

Mick said, “After being approached by London Northwestern Railway it was an honour to put pen to paper and create my own tribute for Captain Tom.

“Not only is he our local hero but he has won the hearts of the nation. It felt right to deliver a message on behalf of all the people in the local area for his outstanding efforts.”

He served his Country years before, when skies were dark with clouds of war
He answered then, and joined the fight. Not once afraid to do what’s right
A life well lived, some smiles, some tears. He now approached one-hundred years
A man of courage, care and giving, his body aged, his spirit living

Then Covid came and changed the face – of life for all the human race
The Nation wondered how to cope, so Tom stepped up and gave us hope
This time he faced a silent threat, a viral killer, no cure yet
He met this foe by standing tall and walked his garden, wall to wall

A thousand pounds, his target set. Within four days, that sum was met
He didn’t end, and shut his door, but straightened up and walked some more
When things got tough he had a choice, to sit in peace, or use his voice
To give with all he had to use, and help the ones who cannot choose

Help those who work with danger rife, and risk themselves to save a life
Who could step back, and do much less. Who choose to work for the NHS
Our praise, out love, our pride he earned, from Captain Tom, a lesson learned
By showing others how to live, he taught us all ‘It’s good to give’

With over thirty million raised, the plaudits came, the papers praised
From Captain to Colonel, promotion given, to honour the goals for which he’d striven
The ultimate praise for all his toil, a Knighthood from the Sovereign Royal
With Covid striking everywhere, we smiled to think of Tom as “Sir”

So think about your neighbourhood, the little ways to do some good
With spirits lifted through the Nation, Tom gained our boundless admiration
With shoulders back he did his bit, his message clear, don’t ever quit
When all your strength and hope is gone, act like a hero – Colonel Tom.

He made the Country stop and see – what can be done by you, or me
So even if you’re ill or ailing, don’t focus on the fear of failing
Our thanks are lame for what was done, the test complete, his battle won
Through Tom, I feel a little bolder. Inspired by this one brave soldier

Lawrence Bowman, customer experience director for London Northwestern Railway, said, “During a very difficult period Captain Tom has been an inspiration for the whole country and as his local train company we were keen to find a fitting way to honour his work.

“After reading Mick’s poem we knew it was right to give it a presence at our Millbrook station.

“The tribute is visible for passengers and the local community to read and pause for a moment of reflection and contemplation in honour of for Captain Tom for years to come.”

Train services on the line were suspended at the end of March due to the impact of coronavirus. Now, with increased numbers of traincrew available and more people returning to the railway, services are resuming.

Lawrence said, “I would like to thank our customers on the Marston Vale Line for their patience and understanding while we have been working hard to bring back their train service.

“I’m pleased we will once again see passenger trains on the Marston Vale Line from Monday 24 August and we hope to have a fuller service in place by the end of the year.” 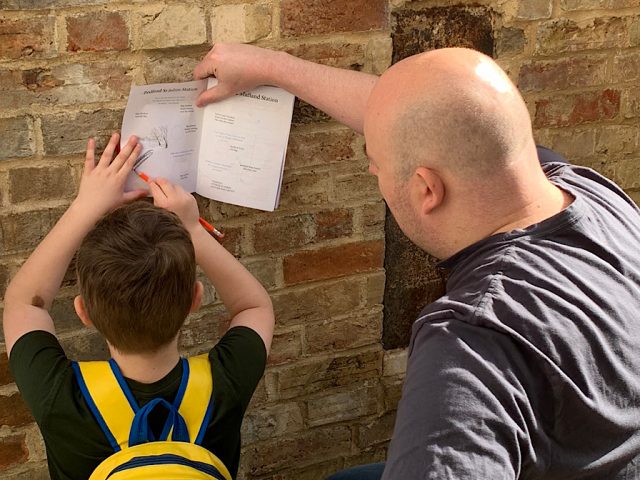 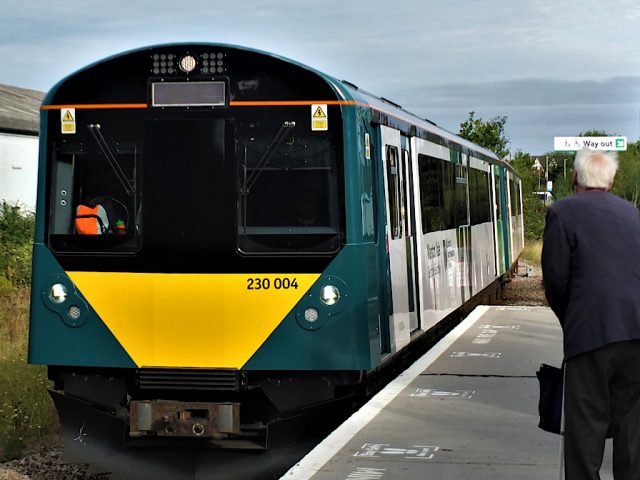