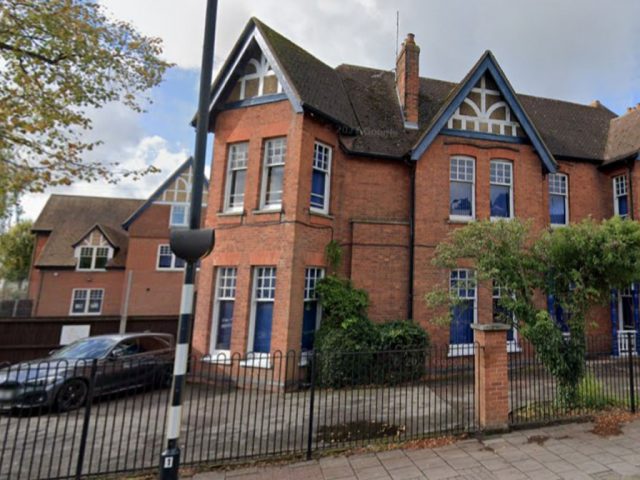 Buildings at the former Rushmoor School site will become blocks of one- and two-bed apartments – but if you have a car then you should look for somewhere else to live.

That was the advice given by Jon Shortland, Bedford Borough Council’s chief officer for planning, infrastructure and economic growth, at last night’s  Planning Committee (Monday, March 28).

An application to demolish the former school hall and stores, as well as convert buildings to apartments at the site on Shakespeare Road, Bedford, was before the committee at the request of Harpur Ward councillor Colleen Atkins (Labour) – and also there were 20 neighbour objections.

Janine Laver, the Bedford Borough Council’s development manager, said: “The proposed development seeks full planning permission for the demolition of some buildings, conversion and change of use of other buildings to provide 32 one-bed and 23 two-bed apartments, including associated works,” she said.

“While the on-site parking numbers do not meet the standards, when considering the highly sustainable location and the controlled parking zone parking restrictions, there is no highway impact concern and highways officers have not objected,” she added.

Councillor David Sawyer (LibDems, De Parys Ward) was concerned about the lack of on-site parking, and highlighted a statement in the report.

“Whilst the development will be in parking deficit, when considering the highly sustainable location it is unlikely that every resident will need to own a car in order to access day to day services and facilities,” he quoted.

“I’d like to know what evidence you have for that statement,” he asked.

Jon Shortland replied: “The main issues in terms of the benefits of this location are that it’s very close to the railway station.

“It’s very close to the bus station, and it’s within easy walking distance of both  Sainsbury’s and Aldi in terms of food shopping.

“So our experience in other places is that those factors mean that not everybody who you might expect to normally choose to own a motor vehicle would do so.

“The Highways Department was happy to relax the standards to allow for less parking spaces than would normally be the case.

“Also bearing in mind the fact that the site is within a controlled parking zone and double yellow lines control parking on-street, there is no opportunity, given that we won’t be giving out parking permits to park in the CPZ, for people to use up existing road space.

“So if they want to own a car, then they will have to live somewhere else,” he said.

“So your assumption is because there’s no space on the street because it’s a CPZ, and because there is inadequate, in my view, parking on site, people will decide not to own the car. That is your opinion, is it,” councillor Sawyer asked.

Mr Shortland replied: “That is the opinion of the highways officers.”

Councillor Sue Oliver (Labour, Kempston North Ward) asked: “What would our [parking] standards be? What is the number that would be recommended if we were going to make them?”

Mr Shortland said: “Given the mix of one-bed and two-bed dwellings on the site, we would normally look at 78, so providing 24 is about 30 per cent of the norm.”

Ms Laver said: “I think the councillors need to be mindful that we have issued a climate change agenda at this authority, and this is an extremely sustainable location.

“So to be pushing maximum parking standards almost goes against what we should be trying to achieve, which is encouraging people to actually not to own vehicles.

“I think we should be encouraging the fact that this site is not providing a parking space for everybody. Otherwise, we’d be awash with people getting in their vehicles.

“So I think this application should be considered favourably,” she said.

Councillor Sawyer said: “I think this is the statements [sic] about parking in the report. I think are based on a very basic fallacy, the assumption that people just use cars to go to the station and go shopping.

“I have to say, this is just not the case.

“Residents tend to have cars for a variety of different needs, not necessary to go to the station, to go shopping, to visit family, to do other things they have to do.

“And the reality of this development will be is at least 30 cars, on the presumption that every dwelling has a car, would end up being having to be parked on the street,” he said.

He added that he could not support the application in its current form.

“I can only hope that the sustainable location of the apartments would lead to fewer cars.

“We often cry out for more urban residential offerings, and I think this gives us that,” he said.

A majority passed the application, subject to conditions laid down.

Rushmoor School has merged with St Andrews School, and they are to develop a new school, called Bedford Greenacre, in Clapham.