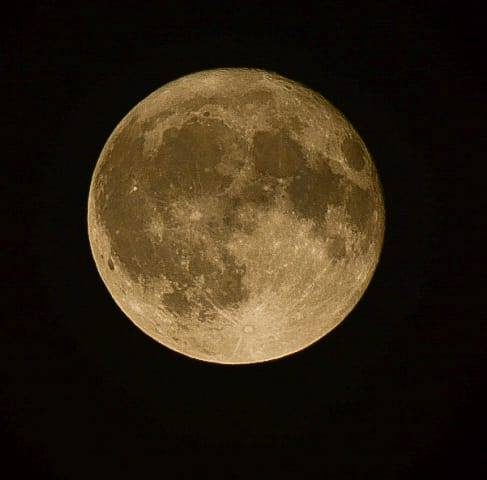 This lunar marvel was taken by local ‘hobby’ photographer Damian Ratcliffe, who shared the piece to the We Are Bedford Facebook group. He took up photography as a distraction from his depression about five years ago, and has found it’s given him a way to deal with his illness.

He told the Bedford Independent: “Photography gave me the impetus to get out of the house on the bad days. I would plug in my headphones and just go for walks with my camera, just getting some fresh air would help. I have my quiet spot around Stewartby lake and I feel safe there and at peace.

“Some days I used to sit and stare at the door and it was almost like a brick wall that I couldn’t get through, but I wasn’t going let it rule me and I got past it and now it is less of a battle. I’m very critical about my photos and always think I can do better. When I post my photos it is a boost seeing that people like them.”

Damian decided to share his story so that more people with depression will see they aren’t alone and there are ways of living with it. “It isn’t a stigma” says Damian.