A play about Bedford’s Panacea Society will be performed at the Place Theatre at the end of this month, coinciding with the centenary of the secretive religious sect.

Albany Road is a play in two acts; the first act concentrates on Joanna Southcott but also introduces Mabel Barltrop and the second act looks at The Panacea Society.

Joanna Southcott was a contemporary of Jane Austen but the contrast between the two women could not have been greater.  While Austen wrote enduring novels about fictitious characters living in comfortable surroundings, Joanna Southcott lived in a very different world.  She was a working woman who wrote about real events – that were about to happen.

She believed that her ability to foretell the future came from God and she inspired a large group of followers who formed Southcottian groups dedicated to encouraging belief in Joanna and her predictions which were then sealed in a large box.

One of these supporters was Mabel Barltrop, herself a deeply religious woman, who was born over fifty years after Joanna’s death.

Mabel’s belief in Joanna was so strong that in 1919 she founded The Panacea Society at 12 Albany Road, Bedford.  At its height 70 members were living in the community in and around Albany Road with many other Panacean groups around the world.

Certain Age’s new theatre production commemorates the centenary of the Society and tells the story of two strong, charismatic women, their beliefs and their supporters, and offers an insight into a fascinating piece of local history. 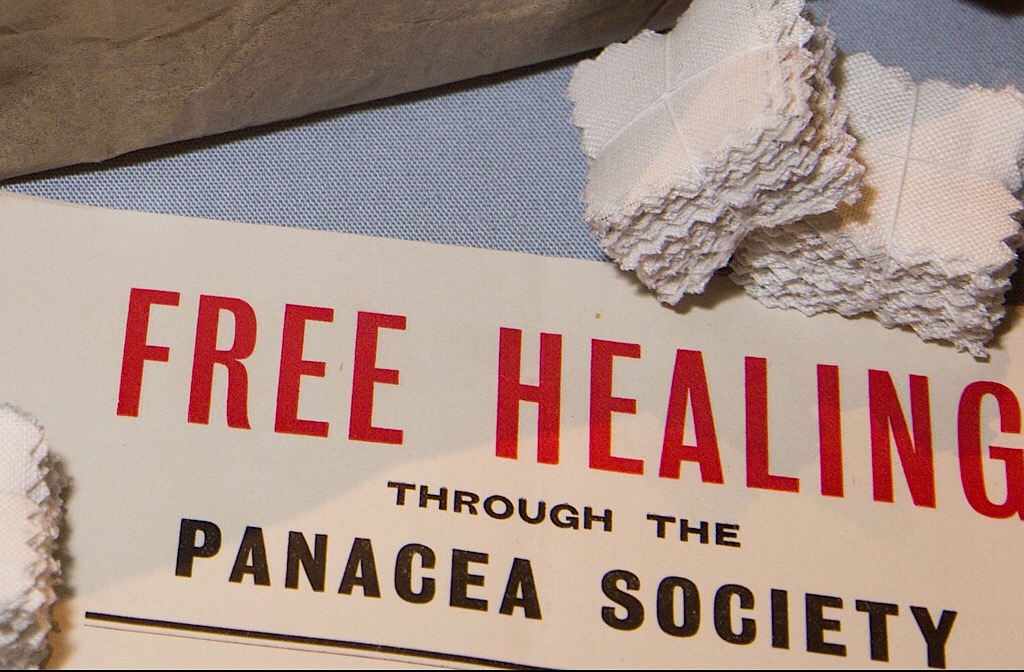 “As the group is called Certain Age we generally put on plays involving actors who are, shall we say, no longer in the first flush of youth!” explained writer and director, Kathy Frost.

“I have been in touch throughout with the Panacea Museum and they have provided advice and sponsorship.

“At times the stories told in Albany Road are complex – so we have simplified them.  They come from a wide variety of sources and, almost inevitably, there are different versions of many events so there will be some things that could be disputed.

“In all cases we have tried not to distort the facts or show any sort of prejudice.

“Our intention was to tell the story of two women, each with strong religious beliefs and each with the charisma to inspire a strong following that continued after their deaths.”

Albany Road is performed by Certain Age from 29 October to 2 November at The Place Theatre, Bradgate Road, Bedford

For further information and to book tickets, visit the Place Theatre’s website.