As a public official, let alone a former journalist, PCC Kathryn Holloway should be more than aware that she and her office will be asked difficult questions and be held to account.

Her recent accusation of racism aimed at the Bedford Independent, for questioning her about how her office has managed a community project, baffled our entire team.

Yes, she responded to all the questions and defended her decisions, so why then add something about someone’s cultural background when it wasn’t necessary?

Was she insinuating that by writing this article, we would appear racist? Was this an attempt to silence us?

With BAME leaders quickly and passionately coming to our defence, it was clear any apparent accusations of this nature were unfounded.

Our questions about the project were standard and fair. A simple case of asking, could you have done better with the public’s money in this instance?

Not once did we call into question the quality of the project’s videos or presenters, this was all about the PCC and if public funds were getting the best possible return on investment.

The irony here is that her responses to those questions alone would have probably resulted in us dropping that story.

There was still a story but with the fast-changing news cycle we have at the moment, it may well have been pushed lower down our priorities.

Media enquiries are just that, enquiries. As a former journalist she will know that there will always be situations where questions are asked but stories aren’t then written.

By suggesting that a media organisation shouldn’t ask her questions because of the “current climate”, shows a complete disregard for the struggles faced by Bedfordshire’s BAME community.

She hijacked their own campaigns as a defence tactic and handed us another story.

The PCC has an open column waiting for her

When we launched, we invited the area’s top public officials to write a monthly column about anything they wish. This has been used to great effect by many, but not the PCC.

We have reminded the PCC of this opportunity many times, but we’ve yet to receive the courtesy of a reply.

Any marketing professional will tell you the chance to write an unedited column to an engaged audience of up to 140,000 people is an offer not to be missed.

The PCC has done great work that she and her team deserve recognition for, but a monthly column gives her an unhindered platform to talk about so much more.

She could use the space to highlight issues with policing, to invite dialogue between community groups, or simply become more visible to show she’s working hard for those she represents.

A new PCC will be elected in May 2021 and we hope whoever takes over recognises the need to engage with local media more constructively.

However, PCC Holloway if you would like to partner with us during your remaining 10 months, even if it’s just to write a monthly column about anything you like, all you need to do is get in touch.

Simply hit reply on one of the many invitations we’ve sent you. 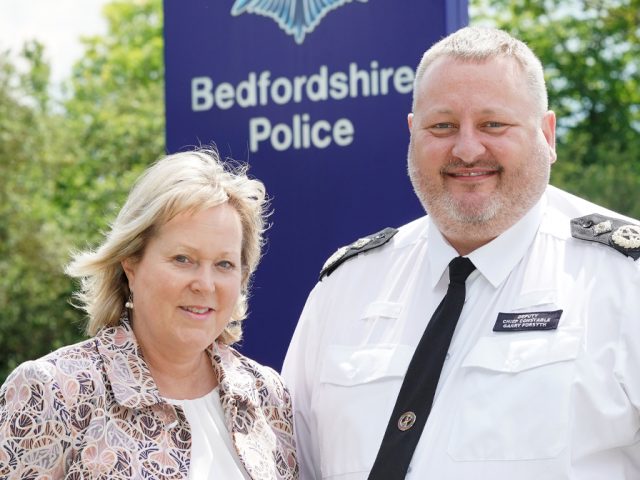