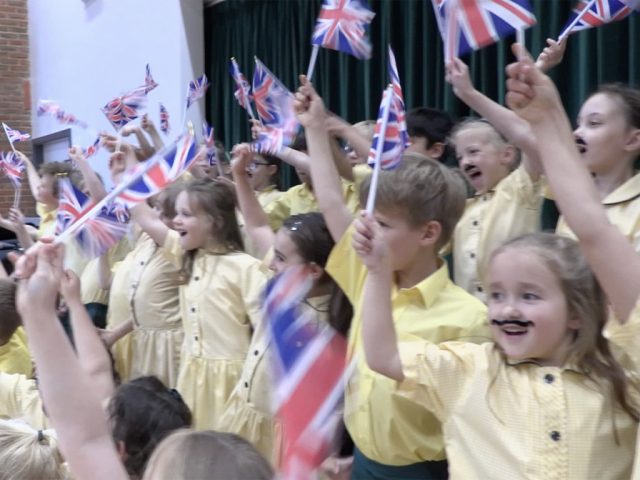 Children at Pilgrims School have been getting ready for this year’s Bedford Park Proms, and they’ve been taking a break from the less traditional songs to pay tribute to this year’s tenor.

Bedford Park Proms has been entertaining Bedfordians each summer for over 20 years, and this year is set to be no different with Welsh tenor, Wynne Evans, headlining the event in Bedford Park on 28 July.

In tribute the budding singers have been learning Wynne’s signature tune from the Go Compare adverts he’s most well known for.

But Wynne is more than just an insurance salesman, he’s a powerhouse of an Opera singer.

Singing for the Welsh national rugby side, Andrew Lloyd Webber, the Welsh National Opera, The Royal Opera House, the BBC and many other Opera Houses and classical productions across the world, including singing ‘Glory, Glory Tottenham Hotspur’ at the last ever game at the former White Hart Lane ground.

He has presented and appeared on Classic FM and multiple channels and radio stations for the BBC. Most people, however, may recognise him as the voice of a certain insurance comparison site.

Tickets to see Wynne Evans, and the Pilgrims School pre-prep choir are available at the Bedford Park Concerts website.