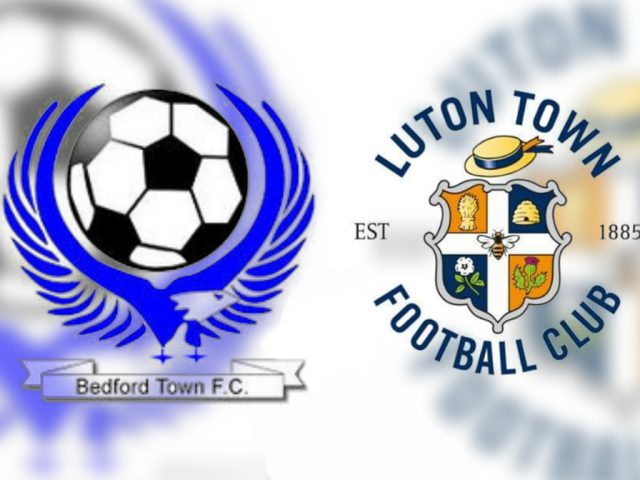 The excitement of last season’s playoffs may only be just behind them, but Bedford Town FC are already planning for the next campaign with key players signed and preseason friendlies arranged.

The latest and top fixture announced so far is against our neighbours from South of the county, newly promoted Championship side Luton Town.

Other fixtures announced so far are away trips to Newport Pagnell and Arlesey and a home visit of Southern League Premier side Biggleswade Town.

There will be further pre-season friendlies announced over the coming weeks before the 2019/20 campaign in the EvoStik Southern League Division One Central gets underway on Saturday 17th August.

Promoted teams into the division will mean local ties against Biggleswade and Daventry Town and also Wantage Town.

Three of last seasons key players will be involved with these matches having now committed for the next campaign.

Donnelly has played 55 games for the Eagles, since he joined in October 2017, increasing his goal ratio last season.

Longden was announced as the managers player of the season at the recent awards night, after being a consistent and key defensive player.

Joint Owner and Manager Jon Taylor speaking to BedfordEagles.net said, “We now have an excellent spine of the team starting to come together.

“We’re speaking with the other members of last year’s squad about terms for the coming year and also looking at adding new quality to the team, to hopefully take us one step further this year.”

The current confirmed preseason fixture list is as follows: