Bedford Town FC manager, Jon Taylor, has agreed terms with new centre back Joe Steele and goal scorer Alex Cathline saying they can provide the boost Bedford need to end the season on a high.

Bedford local, 21-year-old Steele, was part of the Milton Keynes Dons youth system before heading to Arlesey Town, in the Southern League Premier Divison. Aged just 18, the defender received the player and players player award at the end of the season.

“It’s great to have Joe, who is a local boy, come into our squad and offer competition at the back for us. He’s a good and confident kid so we are really looking forward to working with him” said Taylor.

Cathline, 23, offers good experience of pro football to the Eagles squad as the young striker completed a two-year scholarship at Stevenage Town F.C.

Signed from Beaconsfield Town, Taylor believes that his new man can be pivotal to helping his side move forward. “He’s a big centre forward who’s hold play is very good as he’s a strong guy. He’ll hopefully provide a great target man for us and score plenty of goals.

“Overall, players are picking up knocks and injuries at the moment so hopefully by strengthening the squad this will give a boost to us going forward to the end of the season” said Taylor. “We might make one further signing before the end of the year.”

Taylor blooded Steele in Tuesday’s Senior Beds Cup 2-0 defeat to Biggleswade. The manager may wish to use his defender once again for this Saturday’s FA Trophy game at Aldershot but Cathline cannot be selected as he is cup tied. 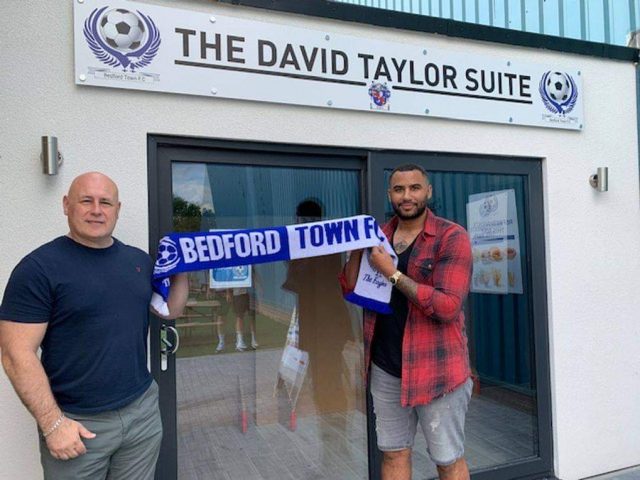