A young resident from Rehold has written to the Prime Minister to ask him to reconsider the East West Rail route.

Nature-loving Jacob Harker, aged six, who lives with his family in Renhold, sent the letter to Boris Johnson, after his mum told him that the proposed railway route would come close to woods near Jacob’s house.

“I don’t want the railway to harm the animals because many animals have these woods as their homes and have babies here,” wrote Jacob.

“I have seen deer, hares, badgers, foxes, rabbits, jay birds, woodpeckers, owls and many more and I am afraid that it will scare them all away and I won’t get to see them again.” 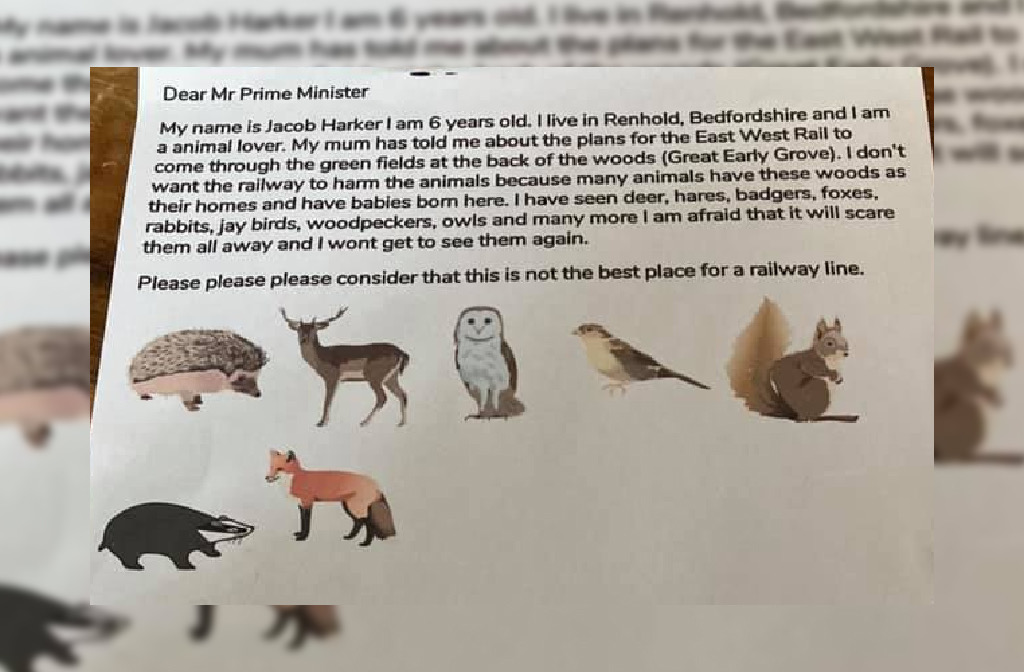 Jacob included a drawing with his letter to Downing Street, featuring some of the woodland animals that he fears are at risk from ‘Route E’.

The proposed East West rail route will travel from Bedford station, through the Poets Area of the town centre and out to the north of the town towards Cambridge.

Residents in north Bedfordshire villages have called for the route to be reconsidered, claiming that the initial consultation in 2019 was flawed.

Jacob told the Bedford Independent: “Because I love the animals being close to us and because I like to see the foxes and pheasants running around and I don’t want them to be moved to another area.

“I have lots of favourite animals but if I had to name one it would be the owls closely followed by the badgers.”