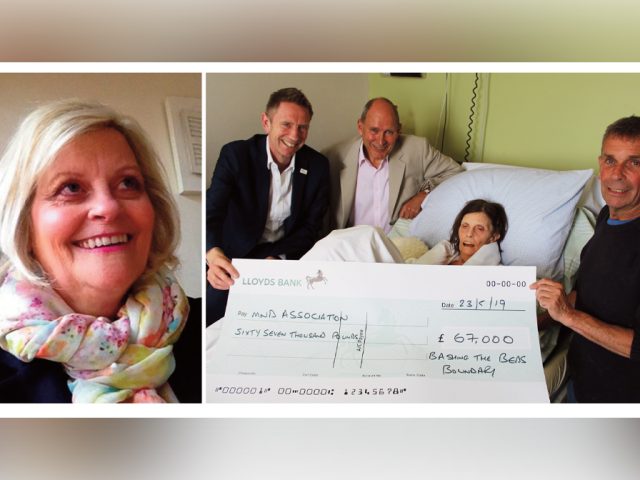 Fighter Debbie Burrells said her farewells to friends last night (23 May) and her parting wave was presenting two huge cheques to the Motor Neurone Disease Association.

Debbie died, aged 60, just hours after the photocall with her family around her at Sue Ryder St John’s Hospice, Moggerhanger, Beds.

Debbie started campaigning to raise funds to combat the disease and help sufferers as soon as she was diagnosed almost 12 months ago.

Celebrating her 60th birthday with a charity Cruise Ship Party at the Bedford Swan Hotel and followed up with a massive 150 mile run: Bashing the Boundary, organised at Easter by her brother Rob and friend Nick Kier, were the two highlights of many fund-raising events put on by family and friends.

Never failing in her optimism although unable to speak, Debbie insisted she wanted the photocall to go ahead at the Sue Ryder, St John’s Hospice at Moggerhanger, Beds on Thursday lunchtime.

There was a cheque for £25,000 from Debbie’s Daisy Chain appeal

And another for £67,000 from the run, which was hugely supported by the Rotary Club of Bedford Park members and many friends.

“Debbie had hoped to make it to the magic £100,000 figure and we are keeping the Daisy Chain Appeal open so that anyone can make a contribution to honour her memory,” said Rob on behalf of his sister, their mum and wider family.

MND’s Chris James acknowledge the importance of Debbie’s contribution in terms of raising awareness – they met in the ‘green room’ of the Victoria Derbyshire national TV programme about MND and the money she inspired people to raise.

“The MND Association has over 30 years of experience identifying and funding the most promising MND research.

“As of 31 December 2018, the research portfolio is £16 million, which includes grants that are currently active or those we are committed to fund.

“These are focussed on four main areas – identifying therapeutic targets, developing a treatment pipeline, understanding the clinical progression of MND and improving standards of care.

“After 40 years since we were founded our vision remains a world free from MND.”

Editor’s Note: Debbie’s fight against Motor Neurone Disease and her unwavering mission to raise awareness of this terrible disease was one of the first stories covered by the Bedford Independent.

When we first met Debbie it was clear why she was such a much-loved lady. She had a beautiful smile and warm, welcoming personality that immediately put anyone at ease, that was despite it being clear that MND had already started to affect her physical abilities.

We are honoured to have been able to document Debbie’s campaign in what now seem like a few short months. We will continue to do so, as and when her family are ready to give further updates about her mission to raise £100,000 for the MND Association.

For now though we simply join our readers in sending our heartfelt sympathies to Debbie’s family and friends. 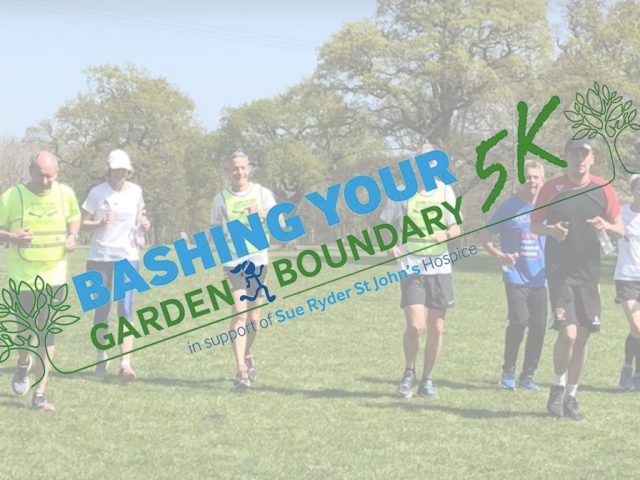