However local authorities up and down the country have warned they are now under huge pressure with reports suggesting their funding has been cut to 40p in every £1.

The news comes in the same week that parents and children held a silent protest on Castle Mound, Bedford in solidarity with a teenage girl who was attacked and beaten up by a gang of teenage girls last month.

The MP says that the cuts are all the more serious when local people are increasingly concerned over rising crime and growing issues of drug driven, gang related offences.

Figures uncovered by the Labour Party show that the Conservatives and Liberal Democrats cut funding for Bedfordshire’s youth offending team by 52%, a loss of £358,000.

“Cutting these vital services is not only counter-productive but fatal,” said Mr Yasin.

“The recent surge of knife violence amongst young people in our community underlines the importance of investing in services which protect and support young people, keeping them safe from the lure of gangs or from becoming involved in serious crime.”

“You can’t keep the public safe on the cheap. We need to tackle the root causes underpinning violence, which is driven by the drugs market, fear of crime, lack of opportunities and adverse childhood experiences.

“That means investing money in the preventative services that work most closely with young people at risk of offending.”

Mayor Dave Hodgson added: “One of my many criticisms of the Coalition Government was over the extent of the cuts in funding for services, which were similar to the massive spending cuts Labour pledged in the 2010 election.

“Despite misleading headline-grabbing claims at last year’s Conservative Party Conference, the indefensible cuts in funding for local services are ongoing.

“Our fight to protect local communities from the impact of those funding cuts therefore also continues.”

This week Boris Johnson also announced his promise to hire 20,000 new police officers across the UK and has asked new home secretary, Priti Patel, to deliver his vision for law and order.

However The Guardian reports that the home affairs select committee said there was a “serious mismatch” between the government’s diagnosis of the problem and its solutions, and its serious violence strategy lacked leadership and focus. 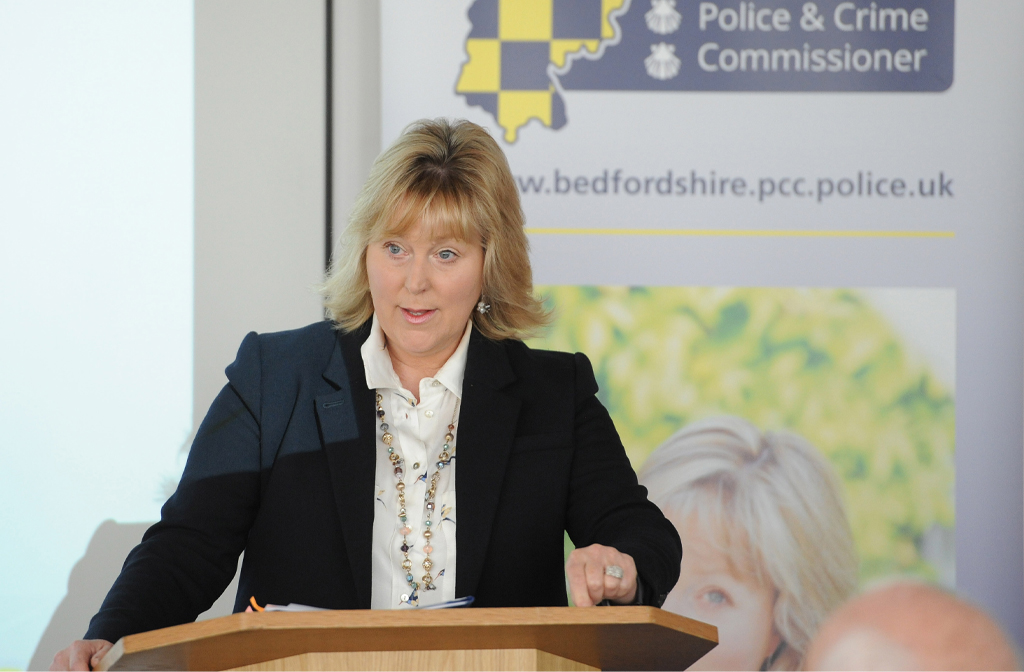 In response to the findings, Bedfordshire’s Police and Crime Commissioner (PCC), Kathryn Holloway, said: “This is one of the reasons why my office has established the Direction service to provide an online directory of all support services for ex offenders in the county.

“[This will] help them to access housing, employment or benefits, health assistance and advice to re-connect with estranged families; to try to set them up to succeed, not fail, when emerging through the prison gate or from other parts of the criminal justice system.”

“This is backed by a call centre of specialist advisors to help them reach the services they need most, since few ex offenders, of whatever age, have a single requirement, if they’re to be supported to go straight and play a part in society.

“I’m very encouraged by the relationship between my office, Direction and HMP Bedford too, whose innovative and experienced Governor, PJ Butler, is absolutely on side to work with us to provide that link for ex offenders to a meaningful future.”

Alistair Burt MP was also contacted for comment but he was unavailable at the time of publication.

Reduction in disproportionate numbers targeted by ‘stop and search’

A cool 14 teams turn out for Bedford Hockey Club on...

Missing: Have you seen 15-year-old Denisa?

eCargo bikes ‘Keygo’ and ‘Greenwise’ a success in cutting carbon