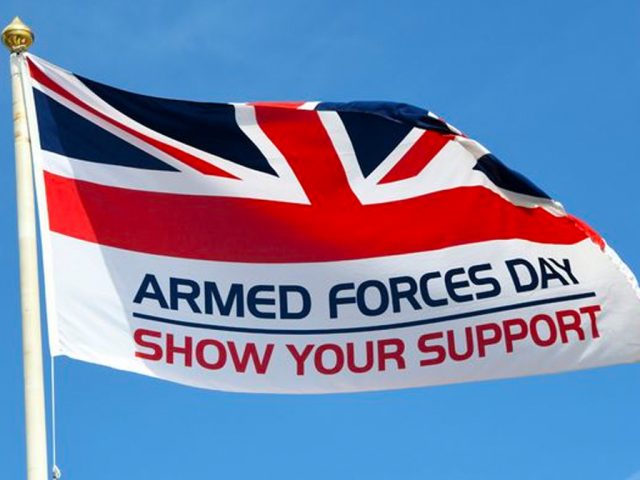 I’m looking forward to the first in-person event in a few years to celebrate and pay tribute to the service and selfless commitment of our Forces, cadets, their families and veterans. Theirs is the ultimate public service.

But they are being let down. The Conservatives have cut the Army to its smallest size in 300 years and left our Armed Forces with weakened foundations.

Since 2010, the Government has cut the full-time strength of our Armed Forces by over 40,000. One in five ships have been removed from the Royal Navy’s surface fleet. And more than 200 aircraft have been taken out of RAF service in the last five years alone.

According to the Government’s Integrated Review into UK Security, Defence, Development and Foreign Policy, published before Russia’s invasion of a European country, “State threats to the UK, and to our allies, are growing and diversifying as systemic competition intensifies. States are becoming increasingly assertive in how they advance their own objectives and, in their willingness, to undermine ours.”

Since the start of Russia’s illegal invasion of Ukraine in February, forces personnel have been deployed to defend NATO allies across eastern Europe and deter Russian aggression against the Alliance.

At home, since the start of the Covid-19 pandemic, 34,000 Forces personnel have been deployed on over 460 Military Aid to Civilian Authority (MACA) requests across the country, giving Covid jabs, working in ICU wards, driving ambulances, driving oil tankers during the fuel shortages and many other key tasks to help the country through difficult times.

Despite these threats, the Government is still pushing ahead with further cuts to the Army of 10,000 troops over the next three years and have delayed the delivery of the fully modernised warfighting division – first promised by 2025 – until 2030.

Labour has been calling on the Government to halt further army cuts of 10,000 troops. We will boost mental health funding for veterans by £35m.  We will redouble our efforts to fight to scrap visa fees for Commonwealth veterans who have served at least four years.

We won’t give up on amending the Armed Forces Act to ensure the Armed Forces Covenant is fully enshrined in law, fight for a new duty of care to allow personnel to receive better legal and welfare support and campaign to improve the quality of Armed Forces housing and employment support for veterans.

I am deeply proud of our servicemen and women and I’m looking forward to meeting local armed forces personnel and members of the British Legion on Saturday to thank them for all they do to keep our community safe.

But thanks, is not enough.

Our armed forces need proper investment and access to the health and wellbeing support services whenever they need them.

This is a monthly guest column provided by
Mohammad Yasin, Labour MP for Bedford & Kempston.
It is published unedited and does not reflect the views of the Bedford Independent.