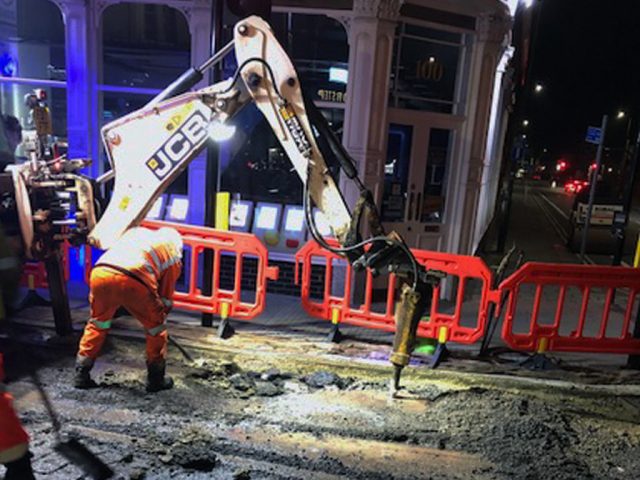 Bedford’s High Street has had to be resurfaced from St. Peter’s Street to Mill Street, after the new single-lane road was not laid to the correct specifications by the contractor.

The works, which include wider tree-lined pavements and a new single lane road, are due to be completed this month.

Cllr Roger Rigby (Bromham & Biddenham), Conservative Deputy Group Leader said: “The Borough blames the contractor for the small difference in levels between the roadway and the footpath, it has, however, caused many many people to take falls in the high street over the last few months finally forcing the Mayor to order this vital rectification.

“The last thing Bedford needed was a mismanaged contract like this with the number of visitors to the town centre nearly halving over the last two years.”

Playing down the impact of the mistake, a Bedford Borough Council spokesperson said the additional work “would not delay the completion of the project.”

They added that any additional expense would be covered by the contractor.

We also asked the council how many people had fallen because of the error but they did not respond before our deadline.

Even so, Cllr Rigby believes the problem should have been dealt with sooner, “this is a complete shambles,” he said. 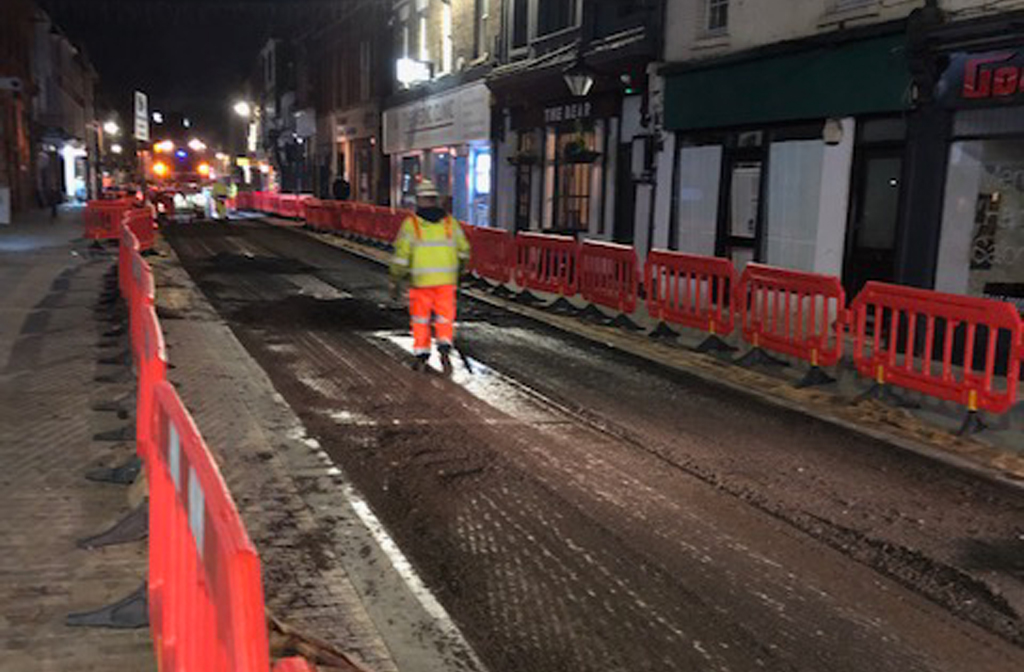 The new road layout is designed not to have a traditional step curb allowing the road and pavement to blend together.

However, a deliberate but small difference in height will help blind or partially sighted users differentiate the footway and carriageway.

The project is part of Transporting Bedford, an £18million project to tackle congestion hotspots in Bedford, funded by both Bedford Borough Council and £15.5M funding from the South East Midlands Local Enterprise Partnership (SEMLEP), through the Local Growth Fund.

It represents the largest ever investment in Bedford’s roads.