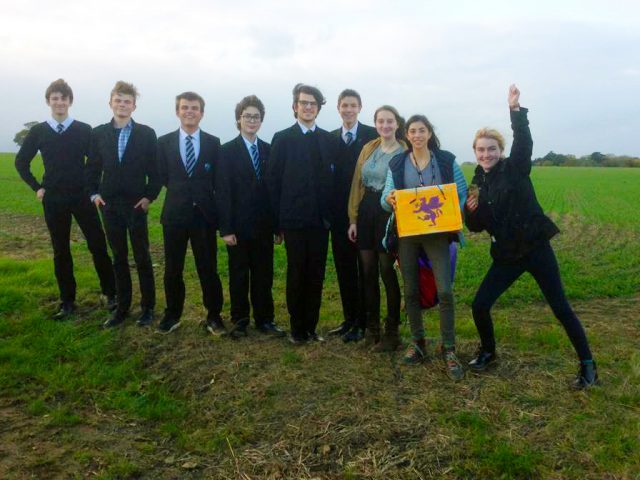 Mark Rutherford School’s Spaceflight team has taken photos from 35km up – the edge of space.

A huge weather balloon filled with helium was launched and landed safely after reaching the Earth’s stratosphere and taking photos.

They set themselves a mission to produce a payload which could communicate with the team following its launch and take images of the earth as made its journey through space.

The project, which was funded by donations from Lockheed Martin and Stomor Engineering, took Mark Rutherford pupils 10 months to plan with assistance from engineering expert Graham Kirkby from Airbus.

Headteacher Mr Millard said “Such opportunities are invaluable enrichment programmes that promote the next generation of STEAM Scholars. We thank our business sponsors Lockheed Martin and Stomor Engineering.”