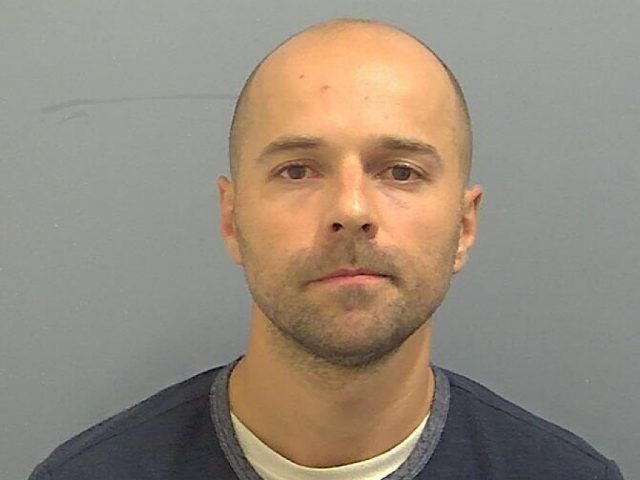 A man who dragged a woman off the street and into his house before raping her has been jailed following a unanimous guilty verdict at Luton Crown Court.

On 5 May 2018 the victim was walking home from a night out in Bedford when Pielorz began following her.

As they neared his home he grabbed her and dragged her inside, where he raped her.

The victim was able to escape and ran home before reporting the incident to police.

At the conclusion of the trial the judge commended the police officers for their work on the investigation.

Detective Inspector Craig Laws said: “I’d like to commend the victim in this case for coming forward and telling us about her ordeal.

Thanks to her bravery, both then and during the course of the investigation and trial, a dangerous predatory offender has been locked away for a significant period of time.

“Although this sentence cannot make up for what she has gone through, I hope that the verdict and sentencing today brings her some level of closure.

“This was an abhorrent incident which Pielorz brazenly thought he would get away with – despite the fact the victim was able to identify his address as that’s where the rape took place.

I’d like to thank the officers for their hard work and dedication in bringing this offender to justice, especially Detective Sergeant Paul Breed and Detective Constable Sarah Ashdown who were rightly commended by the judge.

“I would also encourage all victims of both sexual assault and rape to come forward and contact police.

We know that it is an incredibly difficult thing to do but we can provide you with appropriate help and support while carrying out a thorough investigation to find those responsible.”

Victims of rape and sexual assault can receive support and guidance from Bedfordshire Police and partner agencies including the Sexual Assault Referral Centre (SARC), as well as support through the criminal investigation process.

Reports can be made to police on 101. You can also contact Bedfordshire’s Sexual Assault Referral Centre (SARC) the Emerald Centre, by visiting www.emeraldcentre.org, emailing info@emeraldcentre.org or calling 01234 897052.

Always call 999 in an emergency.