While many have had to put some celebrations on hold, one Bedford Morris Man decided to wish his neighbours happy Mayday with their own intimate celebration.

Tim Durrant has been dancing with the Bedford Morris Men for 45 years and didn’t want to miss the Mayday celebration.

Traditionally Morris Men and Women gather to dance on 1 May to welcome spring.

Mayday marks the wakening of nature, and shows hope that crops and livestock will be fruitful to sustain the communities tied to the land for survival.

Tim says now, more than ever, it was really important to keep up with tradition.

“In recent weeks we have hopefully realised that in spite of all our technology, we still need to eat and farmers are still growing what we need,” he said.

It’s not just one day of the year that you’ll see Morris Dancers either, with appearances at various events usually throughout the summer.

Posted by Bedford Morris Men on Friday, 1 May 2020

“We never miss an opportunity to perform at a pub or a site around the county,” adds Tim. “Rehydration is a vital part of this process and can lead to singing and dancing and playing late into the night.”

“We also sometimes do displays and teach-ins for groups like Scouts, Cubs and young farmers, we are also in demand for wedding celebrations.”

They’re also recruiting too, meeting to practice in the winter at Ravensden village on a Wednesday evening before having a drink at the Wellington Arms.

From Mayday onwards, their summer season starts and a different pub each Wednesday is graced with their presence.

Dancing outside is usually followed by singing and music sessions indoors.

Ickwell May Festival, Bedford Beer Festival and Bromham Apple Day have also all welcomed them over several decades.

If you’d like to join in, head to bedfordmorrismen.com 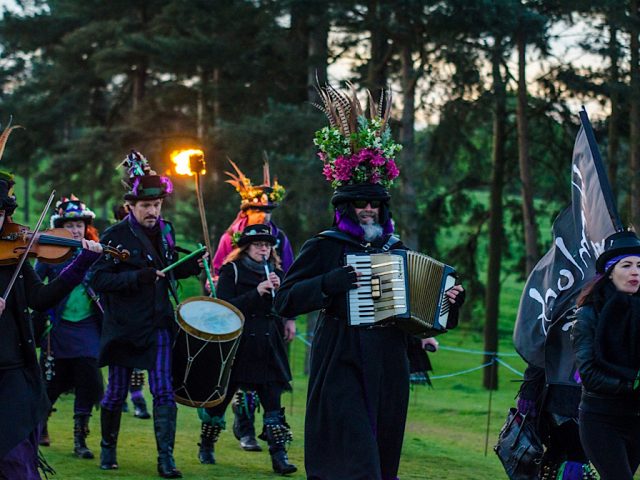