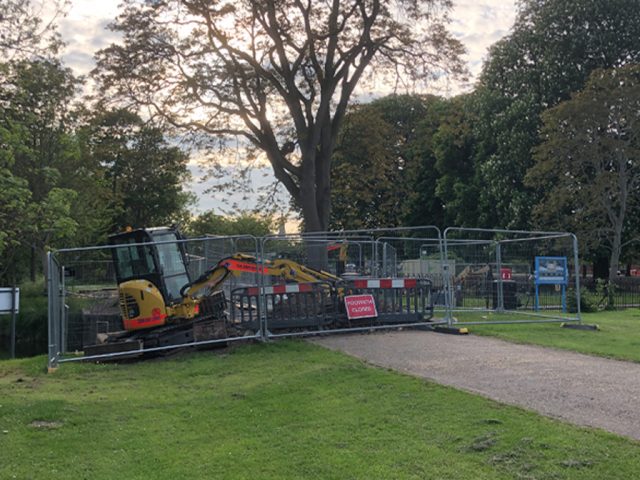 Work to repair the bridge crossing Bedford Lock, which connects the two Islands of Mill Meadows won’t be completed until Mid-June, six-weeks after they were due to finish.

The £110,000 repairs have included replacing the original deck installed in the 1960s and also making the paths leading to the bridge shallower to increase accessibility for all users.

There will also be more room under the bridge for boats using the lock which is the main waterway route in and out of the Bedford stretch of the River Great Ouse.

Work was due to be completed on 1 May, but have since run over due to events and unexpected ground conditions.

People are currently being diverted to walk along the track behind Bedford Girls’ School on the opposite side of the river and cross at the Royal Engineers Bridge.

A spokesperson for Bedford Borough Council said: “The project has been undertaken while working around events in Mill Meadows which has had some impact on the time taken to complete the works, alongside delays caused by unexpected ground conditions.

“It is expected to be complete by mid-June, and the Bridge will be open for use during the Kite and Motoring Festivals, and for the weekend of the Star Club Regatta.”