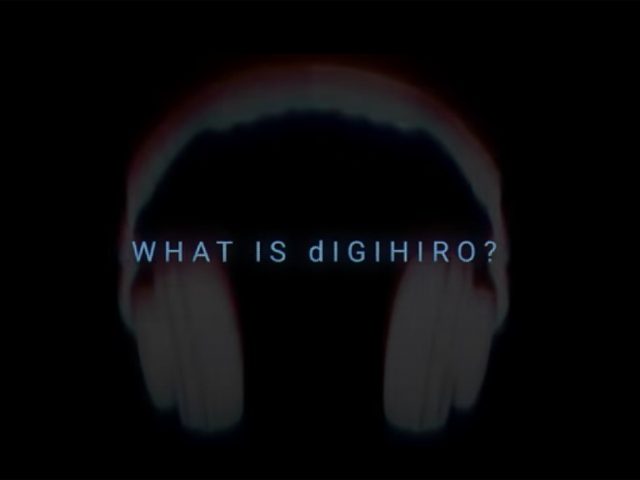 Towns like Bedford, don’t make superstars or artists, we’ve been told. Artists can only come from cities with oppressed areas or places of privilege.

But local song writer, rapper and singer Tony Amore and his close friends did not believe that. They believed that even from a town outside of London, they had a voice. They had a message.

Tony’s latest project ‘What is dIGIHIRO?’ couldn’t have come at a more poignant time.

With us all in ‘lockdown’ and more aware than ever that life needs to be grabbed with both hands, his new film seeks to inspire people to live in the moment.

They had a vision, to blend art, entertainment and a message to remain positive, even in the darkest moments.

The Bedford Independent caught up with Tony who gave us an insight into its creation.

Tell us more about your background

I’m a song writer, rapper, singer and wanted to take my creativity further so needed a vessel for our group’s music and so decided to create a unique concept album and film.

I had dabbled in script writing, production and directing before but never to this level.

We’ve always been 100% independent and so I used work as a sales coach and trainer by day to fund creative projects at night.

I’ve been self funding creative experiments in music and film since 2003. Rapping for even longer than that.

What inspired you to make the film?

I think what we choose to experience determines how happy we will be but our brains naturally push us to see stressful negative perspectives of others and ourselves leading to separation and depression.

I wanted to create art that might help people see what our minds do if we’re not conscious and what amazing things we miss if we don’t wake up every day, every moment.

How long did it take?

The idea for the first, now very different version of film was written 2007.

The idea was shelved as we didn’t have funds to create it by ourselves. In December 2015 I decided to create an idea based on our bands soon to be written album but it would be self funded.

I wrote script from January to August 2016 and started filming October and wrapped filming December 2016. From Jan 2017 to June 2019 we were in post-production.

That was the hardest part but the only reason why film was able to be made because technology was now affordable for project to be made.

The vision has been made real by hard work and friends yet to fully realise their talent and potential. May this be only the beginning of a beautiful journey for all of us.

How did you cast the film?

I did a reach out on Facebook and I also knew a lot of friends through our music interested in or already working towards film, acting and so I contacted them to get them involved.

I had to coach them on what I wanted and why, I met several in a local pub and went over parts of script.

I also attached by then rough mixes of songs that would go with certain scenes of film.

It looks like it was filmed in the Pad nightclub. Is that the case?

Yes it was. Gareth Barber (The Pad Presents) and George Driver were nice enough to give us access for a decent price so we took full advantage.

The Pad was pretty much finished soon after we wrapped those scenes in October 2016. The other main scenes were done in my music partner’s basement.

Where can people find out more?

The album ‘What Is dIGIHIRO?’ is available now to download or stream in all major online sites.

It’s a double album sub titled ‘To Live’ and ‘The Life’ both albums have 10 tracks about the same subjects (Life, Money, Hate, Trust, Love, Faith, Addiction, Pain, Wisdom and Death) but from the postive yet conflicting emotions of ‘Ambition’ (Red album To Live) and ‘Satisfaction’ (Blue album The Life)