A local business owner has said he is “proud to be selfish” after attending an anti-lockdown protest in Russell Park, Bedford on Sunday (21 March).

Around 50 people attended the anti-lockdown protest with some boasting on social media afterwards about shaking hands and hugging. But they were met with criticism.

“Great job. Three weeks before businesses open and people can start earning their livelihoods again,” said one. “The restrictions will last longer than they need to because of people like this,” said another.

The Home Office has said it is illegal for people to attend protests at a time when regulations are in place to prevent wide transmission of Covid.

Paul Johnstone, posting in a local Facebook community group as ‘Paul Jay’, said: “It was a lovely sunny morning in Russell Park. Lots of hand shaking(sic), hugging, and normality. There was even cake.

“It was great to spend an hour surrounded by normality, away from the corona cryers(sic).”

One group member said the protest was “purely selfish”. He responded that he was “proud to be selfish.”

Adding in his post that he “can’t wait to be back there next Sunday,” Mr Johnstone later seemingly backtracked in comments saying “it’s not my gathering anyway, I just bumped in to(sic) them.”

We asked Mr Johnstone if he would like to further express his reasons for attending the protest, his thoughts on lockdown and criticism from other social media users.

Mr Johnstone has been an outspoken opponent of the lockdown since it started in March last year.

While he was attending the protest in a personal capacity, he is the owner and co-owner of a number of businesses in Bedford, including Provident House, a business networking space on Harpur Street.

The venue was criticised in March last year after it allowed the use of its facilities days after many businesses were ordered to close.

They were also accused of racism around coronavirus, after posting on their website a ‘Chinese Virus Plan’, a term strongly regarded as racist by using a location to describe the virus.

This wording is also against WHO, Red Cross and UNICEF guidelines that warn against using language that might cause a stigma about the virus.

Later that week, a year ago today, Prime Minister Boris Johnson put the country into the first full lockdown.

The anti-lockdown protest was part of a series of international protests called ‘A Stand in the Park’ taking place across the world.

These weekly events encourage those who do not agree to lockdown guidelines to gather in parks.

The organiser of the Bedford protest is not known, but it was promoted in a local Facebook group by Bedford based personal trainer Lee Webb who also attended.

Mr Webb said: “We’ve lost our freedoms, the right to work and go out and provide for our families.

“Livelihoods ruined, families ripped apart and not allowed to see each other. It’s time to push back and reclaim the old normal.”

Bedfordshire Police dispersed the gathering after receiving complaints and are now monitoring the situation.

They say they will take action against people who attend another illegal gathering.

“We were called at around 11.12 am yesterday (Sunday) to a report of a gathering of a number of people in Russell Park, Bedford,” said a police spokesperson.

“The situation is now being monitored and if the same people are found to be gathering again in large groups that breach the government guidance, enforcement action will be taken.”

“With local Facebook community groups a popular way for people to share details on planned gatherings, we would encourage the administrators of these groups to be vigilant to any content advertising these events and report it to the police,” added the spokesperson.

“We understand the past year has been difficult for everyone and we are grateful to those who have been following the guidelines, but we cannot be complacent now and need to continue to stick to the government guidelines to ensure that we keep ourselves and other people safe.”

We asked Mr Webb for further comment but he did not respond.

Currently, protests are not listed as a “reasonable excuse” for leaving home.

That means a protest is currently illegal along with any other activity that could increase the virus’s spread.

Speaking to the BBC in June last year, Health Secretary Matt Hancock said: “There’s a reason that we have laws in place temporarily…”

60 MPs and peers have signed a letter saying that allowing police to criminalise people for protesting “is not acceptable and is arguably not lawful”.

The letter to Home Secretary Priti Patel demands she lift the ban on protests during the lockdown, reported the Daily Telegraph.

Lockdown is due to end completely on 21 June with elements of the lockdown being lifted at various stages. The next stage of restriction lifting (Step 1b) is expected on 29 March.

Read: Government says life could ‘return to normal’ by 21 June 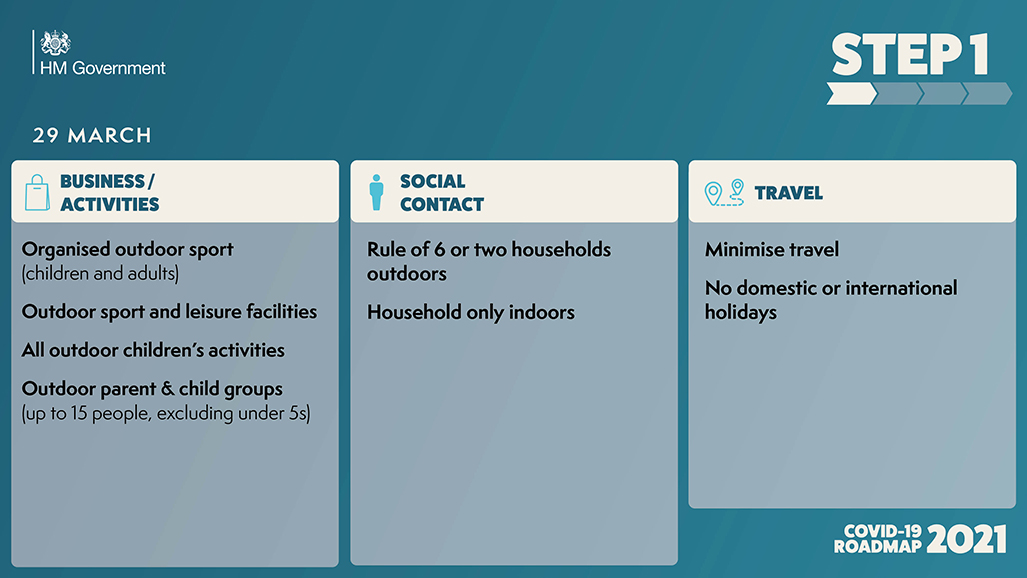