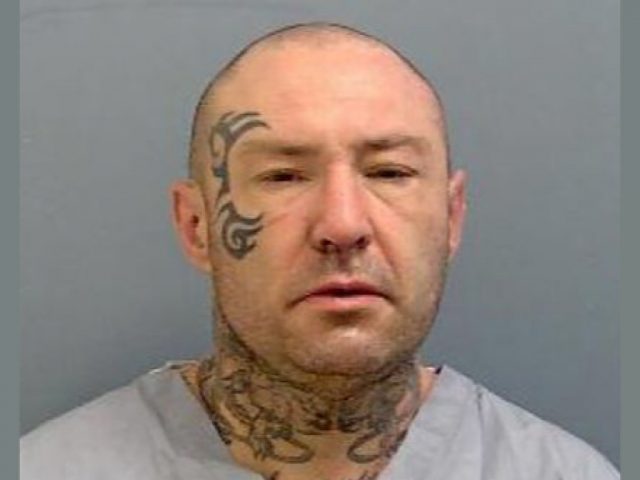 A Bedford man has been given a life sentence, after being found guilty of attacking his partner and setting her alight at their home.

The woman sustained burn injuries to a number of parts of her body and was helped by a  neighbour who extinguished the fire and called the emergency services.

Shaun Thomas, 48, of Foster Street, Bedford, was sentenced on Friday 31 January at Luton Crown Court after being found guilty of arson with intent to endanger life, attempted grievous bodily harm (GBH) with intent, actual bodily harm (ABH), and having explosives with intent.

At around midnight on Friday 22 February 2019, during an argument, Thomas poured a flammable liquid over his partner’s clothing as she sat on the sofa and set them alight with a lighter.

Her clothing and the sofa were engulfed in flames and she fled outside where she was helped by a neighbour who then called emergency services.

On searching the scene police and fire officers found the back door key had been broken in the lock, which would have prevented escape, and discovered a butane canister with a firework taped to it.

Thomas denied the charges was found guilty by a jury following a trial at Luton Crown Court in August, and has now been sentenced to life with a minimum of seven years.

Detective Constable Pawan Nahar, of Bedfordshire Police’s Emerald team, which investigates domestic crime, said, “It is only by sheer luck that the victim’s burns were not far worse, and a tragedy was narrowly avoided.

“Wholly dependent on Thomas for her care, she is still struggling with the realisation of how bad this was, and how much worse it could have been.

“Domestic abuse in any form is unacceptable, and we are committed to bringing perpetrators to justice. We are dedicated to providing support for victims of violence and would encourage them to speak out, so that we can investigate and put offenders like Thomas behind bars.”

If you are a victim of domestic abuse, or you are concerned about someone else, please call the police on 101.

If a crime is in progress, or if someone is in danger, always call 999.

Alternatively, you can call Crimestoppers anonymously on 0800 555 111.

As temperatures plummet council issues ‘do not travel’ request to Bedford’s...