Schools all over the country have been ploughing resources into science, technology, engineering and maths in the belief that these subjects play a key role in the sustained growth and stability of the world economy.

There is no doubt whatsoever that those who excel in these subjects are part of the next generation of innovators.

But every single one of them needs another skill to truly make any difference in the world – and that is the ability to think creatively.

It is for this very reason that the STEM crusade that has dominated educational dialogue has been replaced by the STEAM movement which adds the arts into the mix.

Humans have been creative since the dawn of their existence; we have made tools in order to solve problems and to adapt to our surroundings. This unique ability to utilise the resources we have found around us, and to make new things is what arguably makes us human.

Throughout history there have been examples of individuals who have made startling discoveries through thinking creatively, none more so than Leonardo da Vinci at the end of the fifteenth century. Leonardo embodies the ideal of the ‘Renaissance man’ (or should we say human) who is equally well versed in the sciences and the arts.

He was equally gifted as a scientific innovator and as an artist – his skills in both areas fed into the other. His studies of biology and civil engineering, astronomy and human anatomy can be seen expressed beautifully in paintings such as the Mona Lisa, drawings like the Vitruvian Man and manuscripts which explore flying machines, hydraulic engineering and the flight of birds.

So, why should school children study the arts in the 21st century? I believe that it is because through a study of the arts children learn how to be creative, to solve problems and to find solutions. This skill is universally applicable.

Whether we focus on music, art or drama, each is a force that stirs emotions, uncages creativity and educates students on freedom of expression – and that’s something Bedford School has always embraced.

This is why we aim in the Music Department to create an outstanding, vibrant and diverse musical experience for all boys at every level in the school.

Music education is academically demanding, involves a synthesis of the practical, rational and emotional and has been at the heart of education in the Western world for centuries.
Not only does it promote creative skills, but it helps the boys develop excellent analytical skills – which they can apply to other subjects they learn.

What’s more, we have a music fellowship programme which means boys get the opportunity to work with some of the UK’s finest musicians on multiple occasions throughout the school year.

Earlier this year, this involved a visit from flautist and composer Ian Clarke who worked with GCSE Music students on their composing and with woodwind students across every year group in the Upper School.

Those boys may go on to develop careers in music themselves. But if they want to pursue a job in maths, science, engineering, technology or any other subject for that matter, so be it.

What they learned through music will still be of use to them, because Music (and Art and Drama) contains the uniquely transferrable skill of creativity, and as such is a core part of our educational offer at Bedford School.

In our Prep School, all boys in Year 3 and Year 4 get to learn to play an instrument for a year. We believe that there are multiple benefits to the boys in this programme, and we hope that many will go on to learn a musical instrument for the rest of their time at school.

According to research from the University of Zurich, regularly playing an instrument changes the shape and power of the brain and can even increase IQ by seven points. It can also make it easier for children to learn foreign languages and become more perceptive in interpreting the emotions of others.

Brain scans of people playing musical instruments show that it is a uniquely complex activity – there is activity in more parts of the brain than for most other activities surveyed. Playing a musical instrument is for our brains like going to the gym for a stretching physical workout for our bodies!

The skill of creativity can be developed in any discipline, but more variety in terms of the application of our creativity will ensure that we can create another key skill in the next generation, that of adaptability.

The current coronavirus pandemic has shown us that it is the individuals who are willing and prepared to adapt who tend to thrive. Adaptability and creativity go in hand in hand – you need both to develop in the fast-paced and changing world in which we live.

We recognise that creative thinking and visual learning benefits everyone in the classroom.

And it is my belief – shared by the rest of the teaching staff at Bedford School – that lesson plans should focus on the importance of hands-on learning encouraging research, close observation, critical analysis and creative adaptability – something that both artists and scientists share in common.

Young people need variety in their education – a broad and balanced curriculum, with music, art and drama given proper space in the timetable.

Science and engineering aside, from a purely economic standpoint the UK’s creative industries have been growing at almost twice the rate of the rest of the economy.

So, as much as we want to churn out a future Einstein or Steve Jobs, we also hope to be nurturing the talent of playwrights, performers, designers and artists – all set to make an impact in our world. 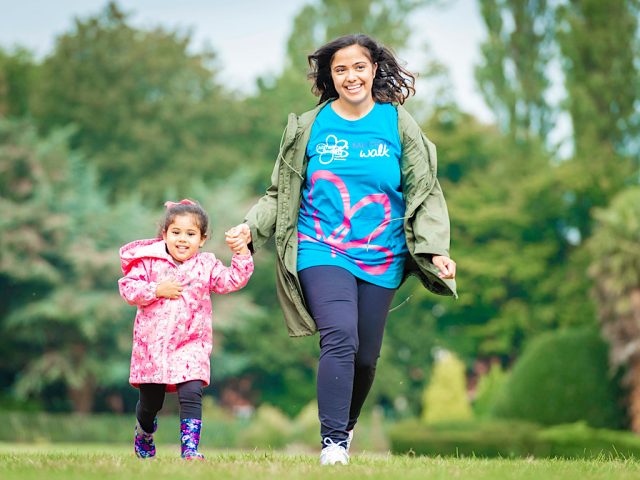 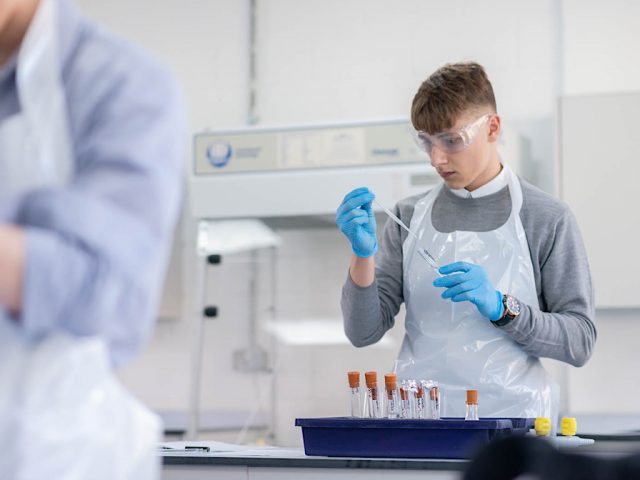 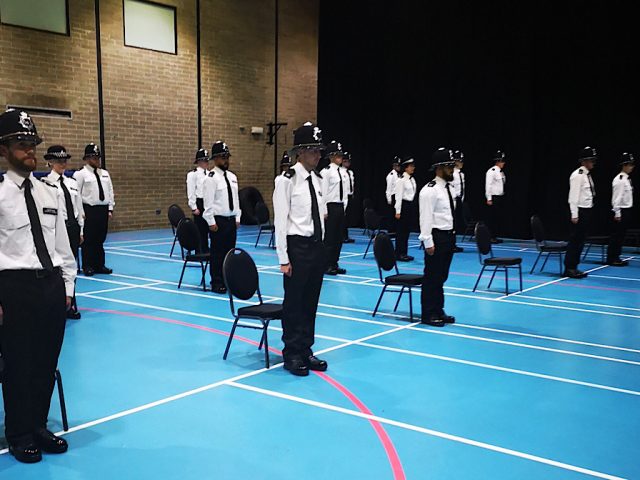