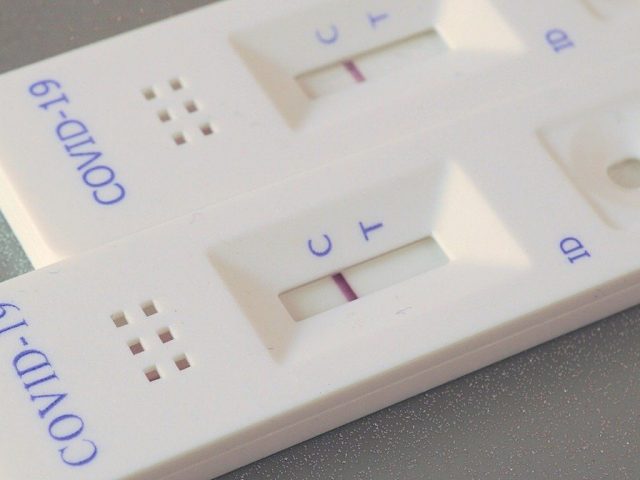 He made the suggestion amid an increase in Covid-related deaths, high case rate and the threat of the omicron variant.

Ian Brown, chief officer for public health at Bedford Borough Council told the Local Outbreak Engagement Board last night (Thursday, December 9) the number of Covid patients in Bedford Hospital has stabilised, but it does remain high.

“We have seen an increase in deaths in the most recent weeks,” he said.

“We saw eight deaths compared to three the previous week, and we have had three or four deaths a week now for several weeks,” he added.

Following these increases, the advice to residents is changing slightly, Mr Brown told the panel.

“We’re increasing the number of measures that we’re recommending everybody takes,” he said.

“We’re recommending face coverings in all public indoor venues, in line with the latest guidance, we’re asking people from Monday to work from home if they can, and we’re really starting to shift the emphasis on lateral flow testing,” he added.

Mr Brown said: “Just making [testing] part of your routine when you’re going out really, and meeting other people.

“And of course, we still encourage everybody to get their vaccines as soon as possible.

“It seems that the evidence is showing that the booster vaccine is going to be really key for omicron, so we encourage everybody to get their booster as soon as they’re eligible,” he said.

“I’ve been doing them for weeks, whenever I meet anybody really,” she said.

“But as we’re going to need to do them even more, is the availability going to be sufficient, are they going to be readily available in more places,” she asked.

Vicky Head, director of public health, Bedford Borough, Central Bedfordshire & Milton Keynes, said: “All I’ve heard is that we are manufacturing lateral flow tests in this country, and there is capacity to make millions and millions every week.

“I would share some concern that we may find there is a lot of demand, but at the moment the response from UK HSA is that they anticipate us being able to meet that demand, and there should be enough lateral flow tests,” she said.

Councillor James Valentine (Labour, Kempston West Ward) asked: “Can we just pick them up for free as before, or is there a particular procedure we need to go through?”

Vicky Head replied: “You can certainly order them online still for free, and you’re able to order a number of packs per person in the household each week.”

Mr Brown added: “If you want to get them through a pharmacy you do have to register your details on the government website.

“Then they’ll send you a barcode through an email and you show that barcode with the pharmacist who will give you up to two packs per person per seven-day period.

“We do have the stocks in our libraries, and we have stock at the Faraday Centre as well and a number of our gyms are providing stock to regular gym members.

“I don’t think we have any clarity yet about whether there will be any particular routes that people will be required to use if they do need to use these tests as an alternative to self-isolating,” he added.

“We expect all of that to become clear in the coming days,” he said.

“Once your details are stored on the system for ordering them, it’s a really simple thing to do,” she said.

“So I would certainly suggest that you consider trying to order them online, because it’s really, really quick, they arrive the following day,” she added.